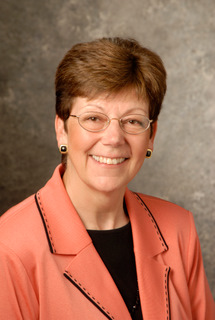 Dr. Delores M. Etter joined SMU in 2008 and is a professor in the Department of Electrical and Computer Engineering (ECE). She is the founding director of the Caruth Institute for Engineering Education, a Caruth Professor of Engineering Education, a distinguished fellow in the Darwin Deason Institute for Cyber Security and a senior fellow in the John Goodwin Tower Center for Political Studies. Her research interests include digital signal processing and biometric signal processing, with an emphasis on identification using iris recognition. She has also written a number of textbooks on computer languages and software engineering.

Dr. Etter previously held the Office of Naval Research Distinguished Chair in the Electrical/Computer Engineering Department at the United States Naval Academy where she was a faculty member for eight years (2001-2008). She was formerly a member of the Electrical/Computer Engineering Departments at the University of Colorado, Boulder (1990-1998), and at the University of New Mexico (1980-1989). She also served as a visiting professor in the Information Systems Laboratory at Stanford University (1983-84).

Dr. Etter has held two senior executive positions in the Department of Defense. As assistant secretary of the Navy for Research, Development, and Acquisition from November 2005 through November 2007, Dr. Etter was the senior acquisition executive for the Navy and the Marine Corps. She was also the senior acquisition executive for several joint programs, including the Joint Strike Fighter (JSF) and the Mine Resistant Ambush Protected Vehicle (MRAP). From June 1998 through July 2001, Dr. Etter served as deputy under secretary of defense for science and technology. In that position, she was responsible for strategic planning, budget allocation, program execution, and evaluation for the DoD Science and Technology Program.

Dr. Etter is a member of the National Academy of Engineering. She is also a former member of the National Science Board and the Defense Science Board. She is a fellow of the Institute of Electrical and Electronic Engineers (IEEE), the American Association for the Advancement of Science (AAAS), and the American Society for Engineering Education (ASEE). Dr. Etter has received many national awards and honors. She has also received the Department of the Navy Distinguished Public Service Award, the Secretary of Defense Outstanding Public Service Medal, and the Department of Defense Distinguished Public Service Medal. The Department of the Navy’s top annual awards for scientists and engineers now bear her name.