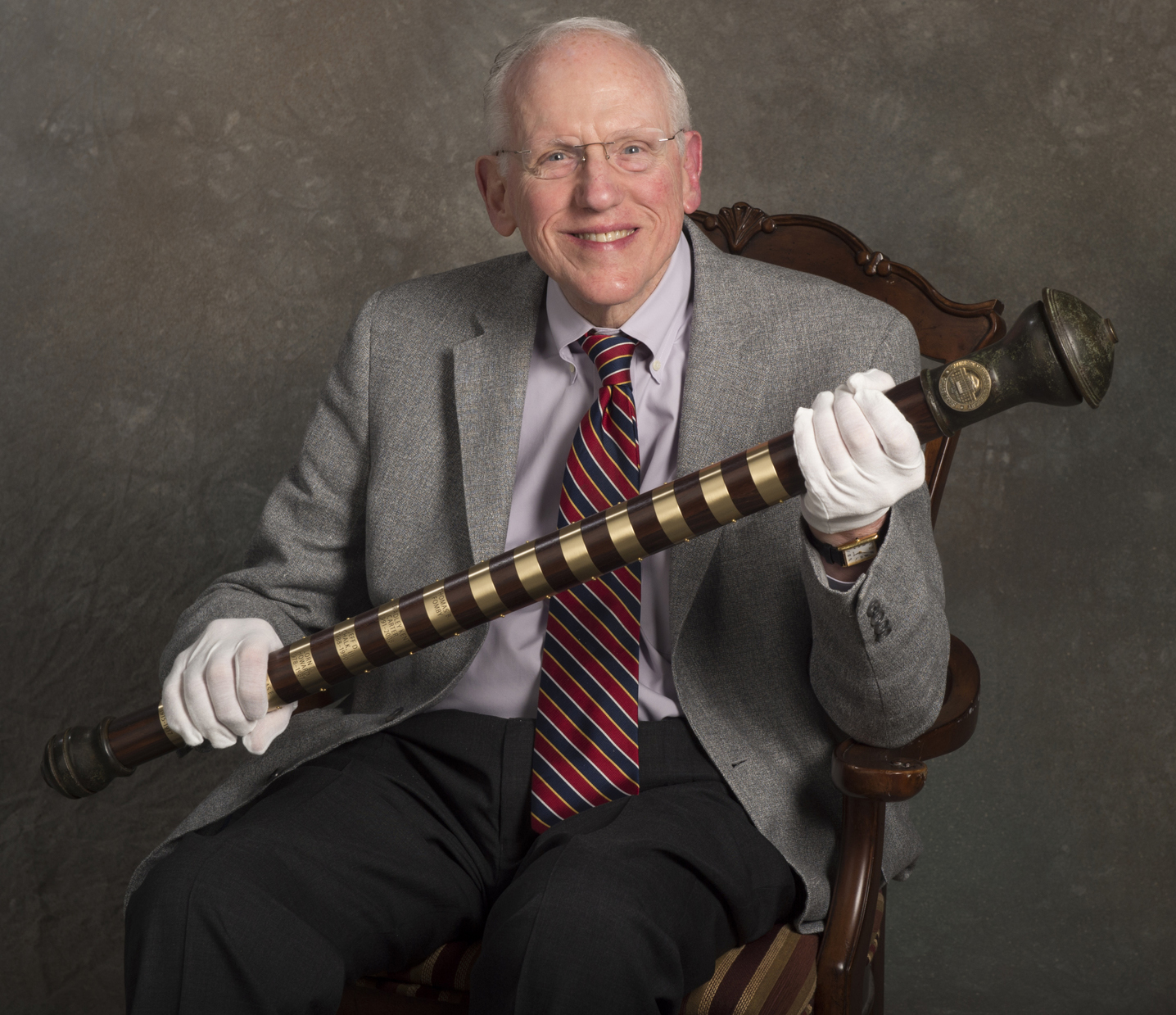 The Carter Baton is carried by the Chief Marshal during academic ceremonies.

The Chief Marshal is a faculty member appointed by the Provost upon recommendation of the Faculty Senate who oversees the faculty members of the Guild of Marshals. Faculty marshals are responsible for the execution of the ceremony, the upholding of decorum and traditions, and the processions of candidates, faculty and the platform party. SMU’s marshals are identified by their bright red gowns with black chevrons.

The legacy of the Chief Marshal and the Guild of Marshals goes back to medieval courts in Europe where trusted members were appointed as marshals of the court. The role of university marshal originated at the University of Oxford in England more than 500 years ago.  Marshals often carried a mace or baton, typically to help clear the way, but also as a symbol of their authority and importance.

Today at SMU, the Carter Baton represents the authority of the collective faculty in the academic life of the institution and of the role of the Chief Marshal as a master of ceremonies at formal university convocations.

The Bradley Kent Carter Baton is dedicated to Associate Professor emeritus of Political Science and chief marshal emeritus Bradley Kent Carter. He served for many years as an assisting marshal to Chief Marshals Lorn Howard and Jeff Chalk, and then served from 1991 – 2008 as Chief Marshal. Professor Carter is a staunch supporter of the traditions and customs of academic ceremonies, but also added his own mark in fostering a number of the traditions now celebrated. Additional service to the University included a 14-year membership on the Faculty Senate, with three terms as secretary and one as president.  He has twice been honored as a Rotunda Outstanding Professor, twice received the Willis M. Tate Award for Distinguished Teaching and also received the "M" Award, SMU's most prestigious honor

Made from rosewood, a strong and heavy wood with a rich, smooth grain and high sheen polish, the Carter Baton initially served as the University’s first official academic ceremonial mace until it was retired in 1954 and replaced by the Tate Mace currently still in use.  In the fall of 2017, it was retrieved from retirement to be named The Bradley Kent Carter Baton. It was refurbished with bronze bands honoring all known chief marshals in SMU’s history. The orb of the Carter Baton bears the seal of SMU.  During the ceremony it is placed on a custom stand.  The original designer and manufacturer of the baton are unknown. Refurbishment was completed by Medallic Art Company.