SMU's Guild of Marshals includes the Chief Marshal, platform and ceremony marshals, faculty marshals, procession marshals, and school marshals. The Chief Marshal recruits members of the faculty to help organize and lead students, faculty, alumni and platform party members during each of our academic ceremonies. Many marshals graciously serve our students and our University at ceremonies year after year. 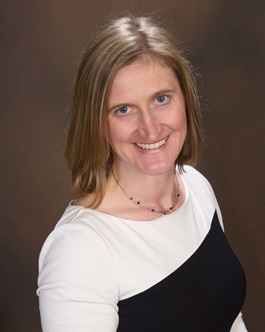 SMU’s Chief Marshal is a prestigious appointment by the Office of the Provost to oversee and direct the annual academic ceremonies - Opening Convocation, Rotunda Recessional, December Commencement, Spring Rotunda Passage, Honors Convocation, Baccalaureate, and May Commencement. The Chief Marshal is selected from among the faculty to lead the university in its most cherished traditions. The Chief Marshal is chosen based on proven leadership skills, patience, attention to detail, and his or her ability to garner excitement and anticipation for each ceremony. He or she is tasked with leading the academic procession and acting as the institution’s chief protocol officer, while maintaining the level of elegance for which SMU ceremonies have become known.

Academic Ceremonies are a very important part of the SMU experience, creating memories that will always remain with us. They represent the hopes and aspirations of a beginning class (Opening Convocation), celebration of outstanding academic achievements (Honors Day Convocation), the culmination of academic careers (Baccalaureate), and the fulfillment and joy of receiving degrees well earned (Commencement). The Guild of Marshals is honored and pleased to be a part of bringing you these ceremonies that honor our students and their academic achievements. To our graduating students we offer our very best wishes for many years of happiness and continued success. Thomas B. Fomby joined the Guild of Marshals as a procession marshal in 1997 under the guidance of Chief Marshal emeritus Brad Carter. Fomby succeeded Professor Carter as Chief Marshal in January of 2009. A Professor of Economics at SMU since 1975, Dr. Fomby is co-author of the textbook Advanced Econometric Methods and has authored numerous articles in professional economics and statistics journals. He has been Senior Co-editor of Advances in Econometrics (Emerald Publishing Ltd.) since 1986. Professor Fomby currently holds Research Associate positions with the Federal Reserve Bank of Dallas, the World Bank in Washington, DC, and the Clinical Sciences Department at the University of Texas Southwestern Medical Center. He has consulted with the U.S. Treasury Department, The Federal Reserve Bank of St. Louis, and various corporations including SAS, Texas Instruments, KPMG, and Fireman’s Fund Insurance Company to mention a few. Bradley Kent Carter served in the Guild of Marshals for 26 years, including 19 years as Chief Marshal. During this time, he continued to shape SMU's ceremonies, beginning many traditions we see today. Dr. Carter came to the University in 1970 and retired as a Professor emeritus of Political Science in 2015. Professor Carter taught political and organizational theory in the Political Science Department. He also taught undergraduate courses in the General Education Curriculum and graduate courses in the Master of Liberal Arts and Master of Liberal Studies programs. He wrote on the political ideas of James Madison and Mary Parker Follett. Professor Carter served the Political Science Department in several roles, including undergraduate director, from 1999–2014.

His service to the University included a 14-year membership on the Faculty Senate, with three terms as secretary and one as president. He has twice been honored as a Rotunda Outstanding Professor, twice received the Willis M. Tate Award for Distinguished Teaching and also received the “M” Award, SMU’s most prestigious honor. Douglas Bauer, a former student, established the Bauer Incentive Scholarship in Professor Carter’s honor.

Accomplishments as Chief Marshal
“In our University’s history, we could not have had a more dedicated and able person to carry on the traditions of our academic ceremonies. Brad Carter will go down in history as our most service-driven Chief Marshal.” -Lorn Howard Jeffrey D. Chalk served in the Guild of Marshals for 15 years, including 3 years as Chief Marshal to the University. Dr. Chalk joined SMU’s Department of Physics in 1965. He has shown his dedication as a member of this academic community through service on a multitude of committees, and the positions he has held over the decades include chairman ad interim of the Department of Physics, secretary of the Faculty Senate, secretary of the Faculty Athletics Committee, and chairman of Division III of the School of Humanities and Sciences. For 20 years he served as a member of the Premedical Advisory Committee. Dr. Chalk was awarded the Willis M. Tate Distinguished Lecture Series Award for Excellence in Teaching and Faculty Service in April of 1994. He retired January 1, 1995, as associate professor emeritus of physics. Lorn Lambier Howard served for 28 years in the Guild of Marshals, including 13 years as Chief Marshal. Dr. Howard joined SMU as professor of electrical engineering. Over the course of his 29 years of active tenure, Dr. Howard founded the Biomedical Engineering Program in cooperation with the Southwestern Medical School, established the University's first Electron Microscopy Laboratory and the Thin Films Laboratory, and was the University carillonneur. The collection of Lorn Howard faculty papers are available in the DeGolyer Library.

Partial roster of active and past members of the Guild of Marshals: