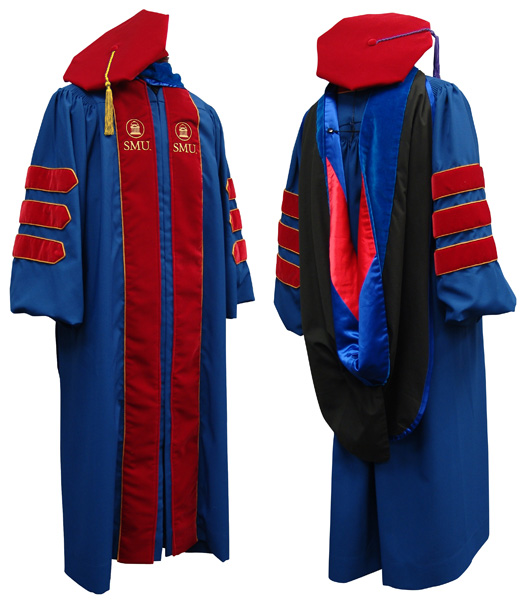 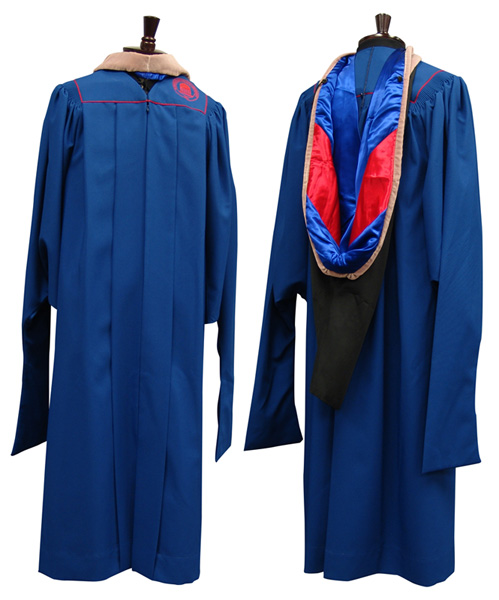 The academic procession and the regalia worn by the graduates, faculty and officers of the University symbolically represent the continuing link between the modern American university and the founding of the great medieval universities in Europe – chief among them Bologna, Paris, and Oxford. As those institutions were derived from the Catholic Church, the universities adopted many of the ceremonial trappings of the church in their official public functions.

The caps and gowns worn in the procession also vary from place to place. There are variations in design to indicate the degrees held by the wearers, and many universities in America, including SMU, have introduced colored gowns and other distinguishing details in place of the customary clerical black from which all originated. The caps, too, vary according to the costumes of the university from which the wearer received a degree. While most American universities adopted the "mortarboard" style of Oxford, others have chosen styles based on other European institutions. The color of the tassel worn with the cap may be black for any degree, or the color may be that of the faculty of the major field of learning (e.g., Arts, Engineering, Law, etc). Persons holding doctoral degrees and governing officials of institutions are entitled to wear tassels of gold metallic thread.

Within the great varieties of styles and colors in gowns and caps, there has been one universally accepted code for the hood worn trailing down the wearer's back. Originally, it was like the hood on the habit worn by monks and very useful for protection against the weather and even for begging for alms. Nowadays, the hood through length and color shows the degree and the specialization of the wearer, and the university that granted the degree.

Candidates for degrees at SMU are robed in custom regalia, introduced in May 2009 and designed to incorporate SMU's red and blue colors and symbols. SMU's regalia reflects the University's traditions and spirit. We introduced these new gowns, gowns unique to SMU, to further enhance the great celebration of graduation and to show our pride in our newest graduates.

The Doctoral gown in admiral blue includes scarlet velvet chevrons on each of the bell sleeves. The gown is marked by velvet panels down the front and around the neck. The front panels are embroidered in gold thread with the SMU seal, and gold braid outlines the chevrons and panels. It is cut much fuller than the other gowns and may be ornamented in color. Replacing the traditional mortarboard, an eight-sided, crimson red velvet tam with a gold silk tassel completes the regalia.

The Master's gown, also in admiral blue, has a front yolk outlined in red braid and the SMU seal is embroidered in red on the left side. Like traditional Master's robes, gowns are arranged so that the arm emerges from a long sleeve through a slit at the wrist. A mortarboard with a colored tassel representing the discipline in which the degree is earned is also worn.

Doctoral and Master's candidates wear hoods which are 3 ½ feet, and 4 feet long, respectively. The velvet trimming in the same order is 3 and 5 inches wide. The color of the trim identifies the candidate's discipline. The lining of the hood – the portion most visible from the rear – indicates the institution awarding the degree. SMU's hood lining is blue with a red chevron.

The Bachelor gown in admiral blue has the traditional characteristics of a Bachelor robe including full front pleats, and balanced fluting. Its distinguishing characteristic is the long pointed sleeves. A red silk stole embroidered in blue with the SMU seal is worn across the shoulders. Bachelor gowns are worn with a tassel and mortarboard.

Through these colorful ceremonies, SMU symbolically displays the continuity of its educational purposes with the origins of organized learning in the Western world.

Click here to read the story about the creation of SMU's custom regalia.