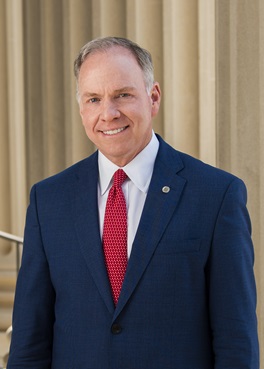 As the University’s chief development officer, Cheves leads DEA’s charge for SMU Ignited: Boldly Shaping Tomorrow, a multiyear $1.5 billion campaign to empower outstanding students, to enrich teaching and research and to enhance campus and community. The public phase of SMU Ignited launched September 17, 2021, with a campus kickoff event. This landmark initiative builds on the support of donors, alumni, parents, faculty, staff and community partners rallied by Cheves and his fundraising teams in concert with SMU leadership. In guiding DEA’s local, national and global endeavors, he works closely with the Campaign Leadership Council and serves as an ex officio member of all campaign steering committees.

In addition to his responsibilities as vice president, Cheves played an equally critical part as campaign director in building support for the previous comprehensive campaign, SMU Unbridled: The Second Century Campaign, which raised gifts totaling $1.15 billion, the largest amount ever raised by a private university in Texas. The academic programs, student scholarships, faculty support and facilities made possible by the ambitious campaign elevated SMU’s standing as a global teaching and research university. He also presided over the SMU team that developed the proposal to bring the George W. Bush Presidential Center to SMU.

Since his appointment in June 2004, Cheves has initiated aggressive and innovative use of new technologies in SMU’s outreach programs targeted to alumni, potential students and national media, resulting in increased attention and an enhanced worldwide reputation for SMU. The number of new donors at all levels has increased dramatically, resulting in significant growth in endowed scholarships and faculty positions.

This is Cheves’ second appointment at SMU. From 1998 to 2001, Cheves was SMU’s associate vice president for Development. In that capacity he also served as associate director of The Campaign for SMU.

From 2001 to 2004, Cheves was vice president for Advancement and Public Affairs and an assistant professor of public policy at Pepperdine University, where he reorganized the advancement operation and began a branding project that resulted in the establishment of Pepperdine’s Office of Marketing. He previously served Pepperdine as associate dean at the School of Public Policy and director of alumni relations at Pepperdine’s School of Law.

A native of Albuquerque, New Mexico, Cheves earned a bachelor’s degree in business administration and finance from Abilene Christian University and a Juris Doctor degree from Pepperdine University School of Law. He is a member of the State Bar of Texas and has worked with the Texas State Legislature.

Cheves currently serves in several Dallas community leadership roles, including on the Dallas Summer Musicals Board of Directors, the New Friends New Life Men’s Advocacy Group, the YMCA of Metropolitan Dallas Advisory Board and the Circle Ten Boy Scouts Executive Board. He and his wife, Angela, have three sons: Kyle, Conner and Keaton.