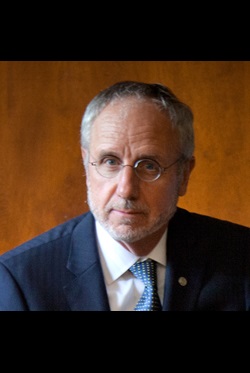 Samuel S. Holland is the Algur H. Meadows Dean and an award-winning professor of music at the Meadows School of the Arts. A champion of the transformational power of arts and communication, Holland leads a team that is responsible for raising over $145 million in new funding for the Meadows School. Under his leadership, the Division of Music at SMU was ranked #1 in the nation in 2015 by College Factual as reported in USA Today.

In addition to artistic and programmatic excellence, the Meadows School is nationally recognized for innovative curricula, sustainable community engagement, and its entrepreneurial approach to arts education. Dr. Holland’s articles have appeared in every major English language professional keyboard journal and he is the author of more than 70 critically acclaimed and innovative method books and recordings distributed internationally by Alfred Publishing Co. and the Frederick Harris Music Co. He has presented hundreds of lectures and recitals throughout North America, Europe, and Australia and has pioneered in the application of new technology to performance and pedagogy. Dr. Holland is executive director of the Frances Clark Center for Keyboard Pedagogy, a not-for-profit educational institution in Princeton NJ that presents the National Conference on Keyboard Pedagogy and publishes Clavier Companion magazine. He is a co-founder of the Centre for Musical Minds in Frisco, Texas.

Before joining the SMU music faculty, Holland taught at the University of Kentucky School of Music and Westminster Choir College of Rider University.