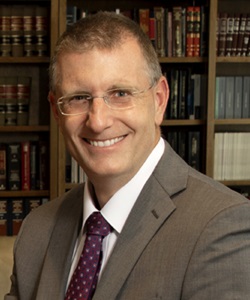 Nance clerked for Judge Kent A. Jordan of the U.S. Court of Appeals for the 3rd Circuit and the U.S. District Court for the District of Delaware after graduating from law school. He served as a litigation associate at Skadden, Arps, Slate, Meagher & Flom LLP, practicing corporate and securities litigation during the financial crisis of 2007–2010. Nance was a visiting assistant professor of law at the Villanova University School of Law before joining the University of Florida Levin College of Law in 2011.

At University of Florida School of Law, Nance served as associate dean for research and faculty development and associate dean for academic and faculty affairs. As professor of law, he taught education law, torts and remedies. He oversaw the continued development and implementation of the Introduction to Lawyering and the Legal Profession Program, then directed the program designed to help first-year law students develop key competencies to become effective lawyers.

Nance’s scholarship explores the intersection between law, education policy and the criminal justice system using empirical and legal methodologies. His research has been cited extensively by courts, party and amicus briefs, law journals, books, treatises, and social science journals and featured in numerous national media outlets. He served as the reporter for the American Bar Association’s Joint Task Force on Reversing the School-to-Prison Pipeline, where he co-authored a report and proposed resolutions that were adopted by the ABA to help dismantle the school-to-prison pipeline nationwide.

Nance earned a B.A. in history and teaching from Brigham Young University. He earned a Ph.D. in education policy and administration from The Ohio State University and his J.D. from the University of Pennsylvania School of Law.