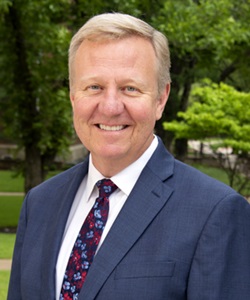 He continued his career at New Mexico State University (NMSU) from 2003-08, starting as vice provost for information and technology services and CIO (2003-06). As vice president for planning and IT and CIO from 2006-08, he worked with deans, directors, students, faculty, executive leadership, and the Board of Regents to plan, implement and measure IT programs and services across NMSU’s five-campus system, as well as assisting other governmental and educational entities in New Mexico.

His 10-year career with the University of Illinois System included service as executive CIO (2011-12) and associate vice president for administrative IT services (2008-12).

With Hites joining Southern Methodist University as Chief Information Officer, he will lead the Office of Information Technology, including the Academic Technology, Infrastructure, Applications Support, Project Management, Customer Service, and Information Security teams. In addition, Hites will oversee the University’s high-performance computing initiatives, including the ManeFrame II supercomputer, foster research, improve interdisciplinary education, and partner with the city of Dallas.