U.S.-Russian Relations under Bush and Putin 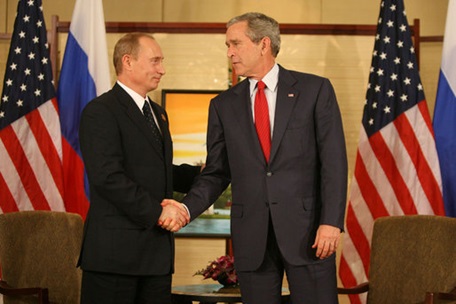 It is easy to forget that U.S.-Russian relations were not always as contentious as they have been for the past decade. From their first meeting in 2001, the rapport between Russian President Vladimir Putin and U.S. President George W. Bush was obvious for all to see. Yet, despite good personal relations at the presidential level, by 2009 the relationship between the United States and Russia had deteriorated and has never recovered. This oral history records both American and Russian perspectives on political, economic, diplomatic, and military developments in the first decade of this century as a way of furthering our understanding of the current state of U.S-Russian relations.

We welcome scholars and the general public alike to view, read, and cite these new and unique sources in the study of U.S. foreign relations.

Special thanks to the Yeltsin Center for facilitating interviews with Russian participants.

U.S.-Russian Relations under Bush and Putin