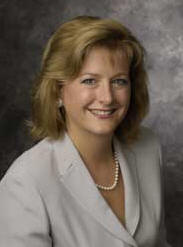 Patricia G. Mathes, Ph.D. is Professor Emeritus of Teaching and Learning from Southern Methodist University (SMU). As an internationally respected educational researcher, teacher educator, and thought leader, her life's mission is to ensure all students succeed in school. Prior to early retirement from SMU in 2017, she held the Texas Instruments Endowed Chair of Evidence-Based Education and was a Professor of Teaching and Learning at SMU’s Simmons School of Education and Human Development, where she founded and directed the Institute for Evidence-Based Education from 2003-2017. Dr. Mathes began her career as an educator after graduating from Baylor University in 1984 and becoming a classroom teacher. While teaching, she earned her Master in Education at the University Houston in 1987. In 1989, she left the classroom to pursue doctoral training, receiving her Ph.D. in 1992 in Education and Human Development from Vanderbilt University. In addition to SMU, she also served on the faculties of Pediatrics at the University of Texas – Houston Medical School, the College of Education at Florida State University, and Peabody College for Teachers at Vanderbilt University. During her academic career, she conducted large-scale classroom-based intervention research with $55m in external funding from multiple sources including the U.S. Department of Education, the National Institute of Child Health and Human Development, the National Science Foundation, as well as state agencies and foundations. Through this research, she demonstrated that it is possible to reduce the incidence of reading failure to less than 1 percent, monitor academic progress over time using Computer Adaptive Testing (CAT), and to greatly enhance teacher effectiveness using technology. Her mission now is to translate this research into practice.

Dr. Mathes is also the recipient of the: 2005 Albert J. Harris award from the International Literacy Association; 2002 Interpretive Scholar award from the American Educational Research Association; 2001 Distinguished Early Career Researcher award from the Council for Exceptional Children, 1999 Samuel A. Kirk award from Council for Exceptional Children Division of Learning Disabilities; as well as the 2011 Distinguished Alumni award from Baylor University. In 2005, she was appointed by President George W. Bush to serve on the board of the National Institute of Family Literacy (NIFL), which required senate approval. She is the author of numerous articles, chapters, and books, and curricular materials, and CAT-driven Continuous Progress Monitoring Assessments. Likewise, she was the Editor-in-Chief of the Annals of Dyslexia from 2010-2018. She continues to provide nationwide professional development focused on translating research into practice and develop technology-based curricular products to support effective instruction.