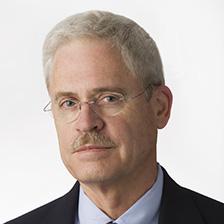 Stephen Johnson served from 2007 to 2009 as deputy assistant secretary of defense for Western Hemisphere affairs. Formerly, he served at the Heritage Foundation as senior foreign policy analyst from 1999 to 2006. He later became regional director for Latin America and the Caribbean at the International Republican Institute.

Stephen Johnson Speaks on the Presidential Visit to the Summit of the Americas in Argentina (November 5, 2006)