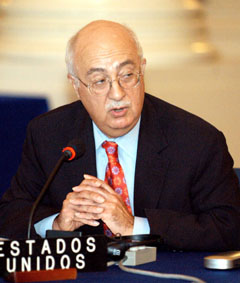 Biography - from the American Academy of Diplomacy

C-SPAN Appearances (2001-2006) - Topics include U.S. relations with the other Americas and Haiti

John Maisto Speaks on an Upcoming Summit of the Americas (April 12, 2001)