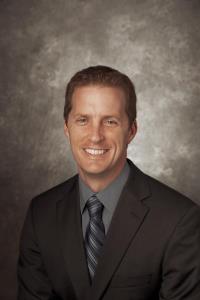 Dr. Tim Salmon joined the Department of Economics at Southern Methodist University in 2011. He was previously a Professor of Economics at Florida State University. His research focuses largely on issues related to mechanism design, experimental methods and behavioral economics. This includes work on topics ranging from the design of auctions, to the examination the basis of political preferences to the design of mechanisms to decrease corruption in developing countries

Dr. Salmon holds various editorialships. He is Editor at Economic Inquiry, Associate Editor for the Journal of Behavioral and Experimental Economics, the Southern Economic Journal and the Review of Behavioral Economics and is a member of the Editorial Board for Experimental Economics and the Journal of the Economic Science Association. At the Economic Science Association, he was Treasurer during 2012-2017 and Member of the Executive Committee during 2008-2011. He has received multiple NSF grants: a 3 year grant funded by the Innovation & Organizational Sciences Division (August 2009-August 2013), a 1 year grant 1 year grant funded by the Political Science Division (January 2007) and a 3 year grant funded by the Decision, Risk and Management Science Division and Economics Division.