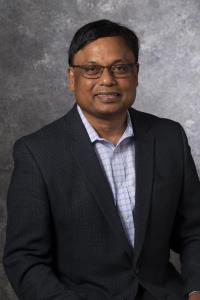 Dr. Santanu Roy is a microeconomic theorist with research interests in the areas of industrial organization, information economics, natural resources, international trade and economic growth. He grew up in the state of Assam in north eastern India and studied at the University of Delhi before receiving his doctorate at Cornell University. Prior to joining SMU in 2003, he taught at Erasmus University (Rotterdam, The Netherlands) and Florida International University (Miami, FL).

One strand of his research focuses on markets and institutions where economic agents interact under incomplete information; problems studied include dynamic trading under asymmetric information, signaling and strategic communication of private information in oligopolies, regulation of information communication, and dynamic charitable fundraising under incomplete information. A second strand of research focuses on dynamic incentives and resource allocation over time; in particular, problems of sustaining positive consumption under uncertainty, economic growth in the presence of technological non-convexities, extinction and conservation of renewable resources, control and eradication of invasive species and deforestation. He has also studied the dynamics of industry structure and technological change and issues related to strategic trade policy and trade agreements. His current research topics include transparency and repeated sales under asymmetric information, signaling product quality in vertical structures and global stability in the stochastic growth model.

At SMU, Dr. Roy has given distinguished service. He served as Department Chair in Economics from 2014 to 2020 and before that as Director of Graduate Studies in Economics from 2006 to 2014. In 2013-14, he served as President of the Faculty Senate and a member of the SMU Board of Trustees. In 2014, he received the Distinguished University Citizen Award and, in 2015, the Dedman Family Distinguished Professor Award. He held a Gerald J. Ford Research Fellowship in 2006.