The George W. Bush Institute-SMU Economic Growth Initiative Visiting Fellows Program brings highly accomplished academic economists engaged in policy-relevant research to the Bush Institute and SMU. The mission of The Initiative, launched in June 2018, is to advance policy ideas that promote economic growth and opportunity in the United States and around the world. The Initiative represents the strong partnership between the Bush Institute (the policy arm of the George W. Bush Presidential Center) and the Economics faculty at SMU.

The visits of our inaugural fellows were an overwhelming success with stimulating interactions between the Visiting Fellows and both Bush Institute staff as well as faculty and students in the Department of Economics. 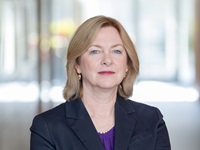 Mary Lovely, Professor of Economics and the Melvin A. Eggers Faculty Scholar at Syracuse University’s Maxwell School of Citizenship and Public Affairs as well as a Non-Resident Senior Fellow at The Peterson Institute for International Economics.

In September 2018, Mary was the program’s first Visiting Fellow. Cullum Clark, Director of The Initiative, moderated a plain-English conversation with her at the Bush Institute about current issues in U.S.-Chinese relations, Chinese economic policy, and U.S. trade policy. Mary is a leading expert on these topics, appearing frequently in the media as U.S.-Chinese relations have become such big news in recent months. She also gave an academic seminar in the Department of Economics department that explored how China’s regulation of foreign direct investment in China has encouraged the development of China’s hi-tech industry and contributed to its growing status as a major player in international trade. 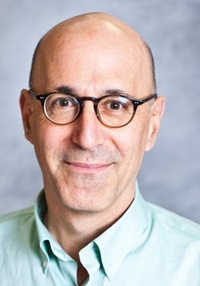 David Weil, the James and Merryl Tisch Professor of Economics at Brown University

In April 2019, David was the program’s second Visiting Fellow. Cullum Clark again moderated a plain-English conversation with David at the Bush Institute. This discussion focused on how technological change sweeping through the U.S. economy will transform American society, politics, and economic life as well as the role of education in creating upward mobility and a thriving workforce for our economy of the future. David also gave an academic seminar in the Department of Economics. He showed that countries who developed later have larger populations today than those who developed earlier and that these different development paths are related to health and medical technology.

In April, Kyle became the program’s third Visiting Fellow. In his Department of Economics seminar, Kyle spoke about how a firm can successfully influence the behavior of other firms by making some kind of first move. In particular, he emphasized that the leader firm’s success relies very heavily on other firms believing that the leader firm is committed once-and-for-all to its move. Kyle also interacted with the staff at the Bush Institute and attended a lunch in his honor at the Federal Reserve Bank of Dallas.