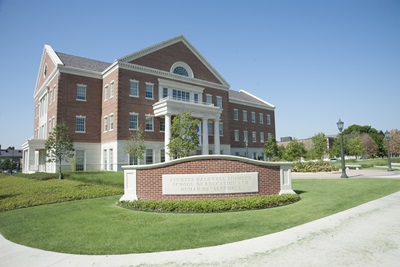 2019: Simmons is named a winner in the national XPRIZE competition to develop a smartphone game to teach reading to low-literate adults.

2018: (June) Simmons is named as a semi-finalist in the national XPRIZE competition to develop a smartphone game to teach reading to low-literate adults

2017: (May) The gift of a MakerTruck enables Simmons & Lyle to partner to develop a mobile STEM lab

2017: (April) Stephanie Knight, associate dean and professor of education in the College of Education at Pennsylvania State University, named dean of the SMU Simmons School of Education and Human Development

2016: (June) After 9 years of service to the School, Dean David Chard leaves SMU to become President of Wheelock College in Boston.

2015: (Fall) The Doctor of Liberal Studies (DLS) program is launched as companion program to the MLS.

2015: (Fall) The Health Management concentration in the APSM major is launched.

2015: (Fall) A major in Educational Studies is established; it is the School’s second UG major.

2015: (Fall) In partnership with MINT and the Shelton School, Teaching & Learning creates an M.Ed. specialization in Montessori education.

2014: The Integrative Physiology Laboratory (Department of APW) is designed and opened.

2014: (May) The Center on Communities and Education (CCE) is endowed by Russell and Dori Budd, and the Center’s name is formally changed to The Budd Center: Involving Communities in Education.

2014: Development and launch of Ed.D. programs

2013: (Fall) The Center on Research and Evaluation (CORE) is established with the objective of providing high-quality evaluation services that improve the well-being of children and families.

2013: (Fall) M.S. in Sport Management launched in partnership with the Cox School of Business.

2013: (February 21) Announcement of a $25-million gift from Harold C. & Annette Caldwell Simmons to expand the programs and academic positions at the Simmons School of Education and Human Development and fund the construction of Harold Clark Simmons Hall, the second of two Simmons School buildings.

2012: (August) The Center on Communities and Education (CCE) is created and its School Zone program is honored as a "game changer" by the West Dallas Chamber of Commerce.

2012: (June) Dean David Chard is sworn-in by U.S. Secretary of State Arne Duncan as a member of the Board of Directors of the National Board for Education Sciences.

2012: (Spring) M.Ed. in Urban School Leadership becomes a part of the Alliance to Reform Educational Leadership with the Bush Institute.

2012: The McNair Scholars Program is established.

2011: (Fall) M.Ed. in Urban School Leadership launched in partnership with the Teaching Trust.

2011: The Research in Mathematics Education center is established. 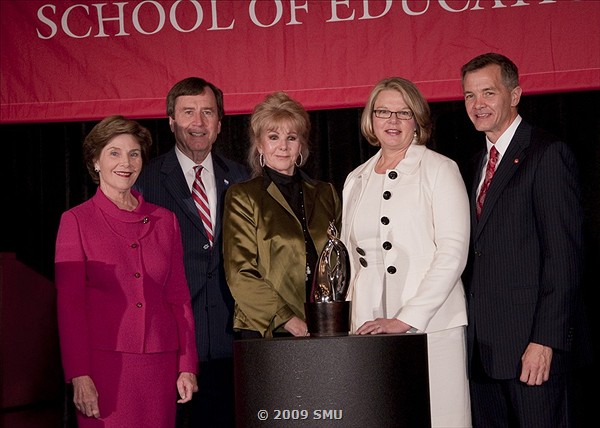 2009: Former First Lady Laura Bush returns to SMU as the Commencement speaker for the class of 2009.

2009: The Department of Teaching and Learning begins a M.Ed. in partnership with the Neuhaus Education Center in Houston.

2008: (December) The Board of Trustees approves the creation ofThe Department of Education Policy & Leadershipwith an academic focus on preparing educators for leadership roles in complex school settings.

2008: (December) Applied Physiology and Sport Management undergraduate major is approved by the Board of Trustees.

2008: (Fall) Establishment of the Locomotor Performance Laboratory in the Department of Applied Physiology and Wellness; Dr. Peter Weyand is made director.

2008: (Fall) The Center for Family Counseling, a service center within the Department of Dispute Resolution and Counseling, opens at SMU-in-Plano.

2008: The Counseling Program's Center for Family Counseling opens a satellite clinic at the Resource Center in the Oaklawn area.

2007: Ph.D. in Education (with a research focus) is established.

2007: (June) David J. Chard, associate dean of the College of Education at the University of Oregon, is named dean of SMU's School of Education and Human Development and, as such, becomes the School's first permanent academic dean.

2006: The M.S. in Counseling program is established and creates the new Department of Dispute Resolution and Counseling.

2006: (Summer) The last summer in which a centralized summer school offered under the management of the Division of Education and Lifelong Learning.

2005: (March 7) SMU renews its commitment to the field of professional education by creating the School of Education and Human Development with specific areas of focus. SMU Board of Trustees votes to create the School in order to fill critical needs in the advancement of teacher training and research on language acquisition and literacy.

2003: Institute for Reading Research receives more than $9 million in grants and contracts.

2003: The Center for Mediation & Conflict Management is established to serve the communities of North Texas.

2002: With the help of a $1.5 million federal grant, SMU launches a graduate program that prepares teachers to teach gifted bilingual students. 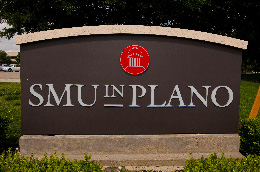 2000: (November)SMU merges its Center for Teacher Preparation with the Division of Extended and Continuing Studies to create a new academic unit, the Division of Education and Lifelong Learning.

1998: The Dispute Resolution Program is launched as a graduate certificate program.

1990 (summer): The Master in Bilingual Education program is launched.

1988: After much lobbying, an SMU educational facility is created in north Dallas, called SMU-in-Legacy. It later becomes known as SMU-in-Plano.

1984: Bob Patterson, formerly dean of Extended and Continuing Studies, is appointed dean of the Division of Education and Lifelong Learning. Dr. Patterson championed early efforts to establish an SMU School of Education.

Mid 1980s: Division of Evening, Summer and Continuing Studies is created as the University extension division with the ability to offer evening courses at reduced tuition for part-time students. 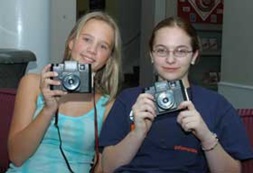 1978: The College Experience program for high school youth is launched.

1975: The national Association of Graduate Liberal Studies organization is founded with SMU as a Charter Member.

Early 1970s: All degree offerings within the Division are discontinued, although a minor in elementary or secondary education that leads to teacher certification remains. A Center for Teacher Certification is created.

1968-9: Master of Liberal Arts program is announced, and 352 students began studies in the degree program during the first fall term. Professor Fred Bryson directs the program.

1950: Doak Walker, the only Heisman Trophy Winner in SMU's history, graduates with a degree in Physical Education.

1948: Lawrence Herkimer, founder of the National Cheerleader's Association and creator of pom-poms, graduates from SMU with a B.S. Physical Education and develops the famous "Herkie" jump during his tenure as an SMU cheerleader.

1923-1934: The School of University Extension is the first iteration of the School of Education, directed by George Obadiah Clough, Ph.D.