Tria Ut Unum: Three as One.

“MHPS is the best commons, and it’s not even close. It’s has the optimal location on campus close to Umphrey-Lee Dining Hall, all the major classrooms, and the Health Center. I’ve gotten to know so many of my best friends in this community through Intramurals, Sunday Night Snacks, and other delicious food events!“

Consisting of three buildings and 358 residents, Mary Hay, Peyton, Shuttles Commons, or MHPS, is the largest Residential Commons at SMU while still maintaining the tight-knit community so common to the Commons. Located in the North residential quad, MHPS is home to students across SMU, instilling the values of diversity, harmony, unity, and integrity to its residents through programming, traditions, and leadership opportunities. From large scale to small, MHPS hosts traditions such as Taste of Diversity – a celebration of global cuisine and culture – and Sunday Night Snacks, that bring together residents across the three buildings. Despite there being three separate buildings each with their own identity and pride, MHPS comes together to form one community, built stronger by each individual student. 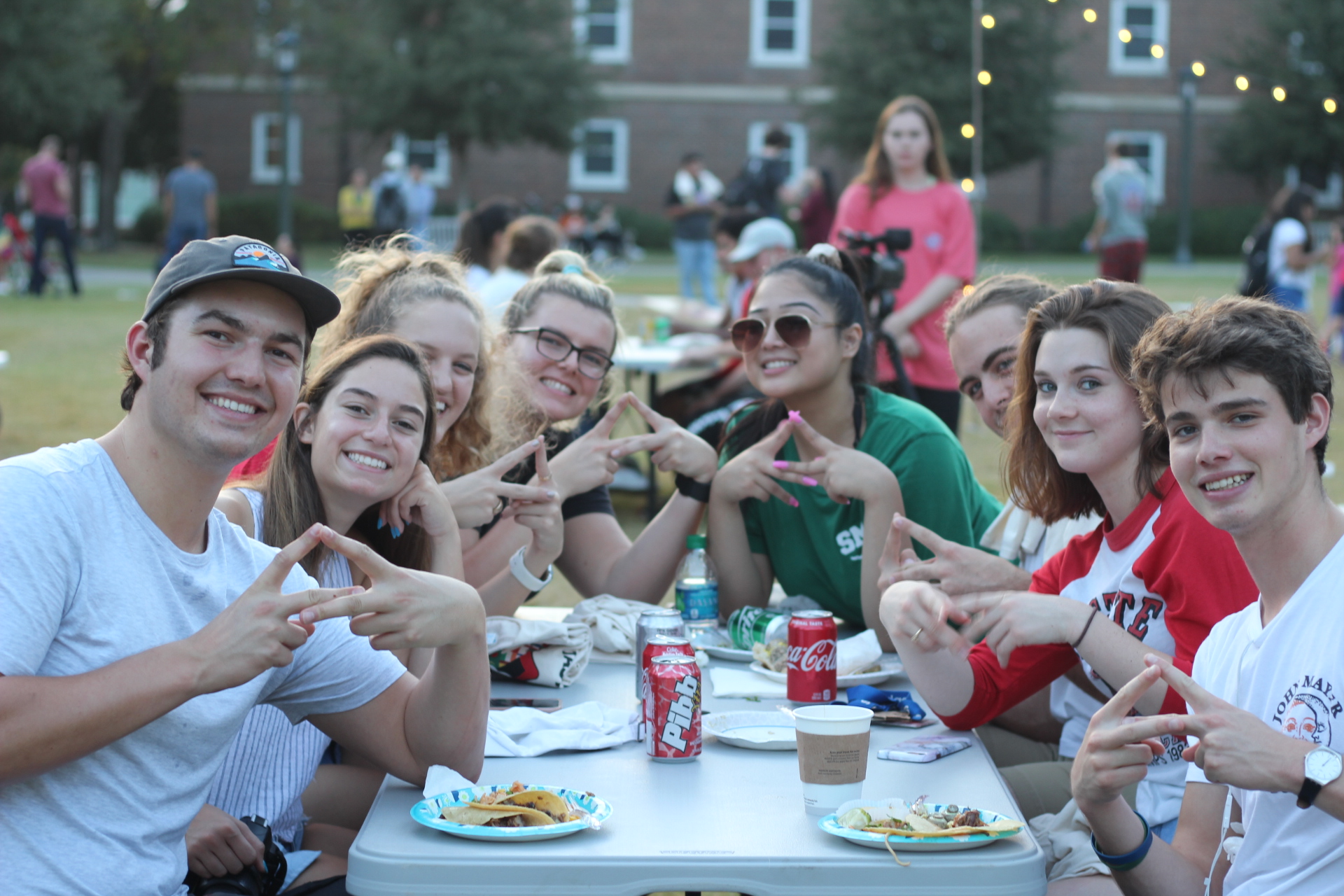 Taste of Diversity occurs each October, bringing together MHPS residents and SMU community members alike to learn about and develop an understanding of different cultures through the best possible gateway: food! Cuisines from across the world, locally sourced in Dallas, are on display as students learn about the country and culture they come from. MHPS students contribute by volunteering and teaching their peers about the different foods and cultures represented at Taste of Diversity, and some students showcase their talents through activities like Henna tattoos, Chinese calligraphy, and more. 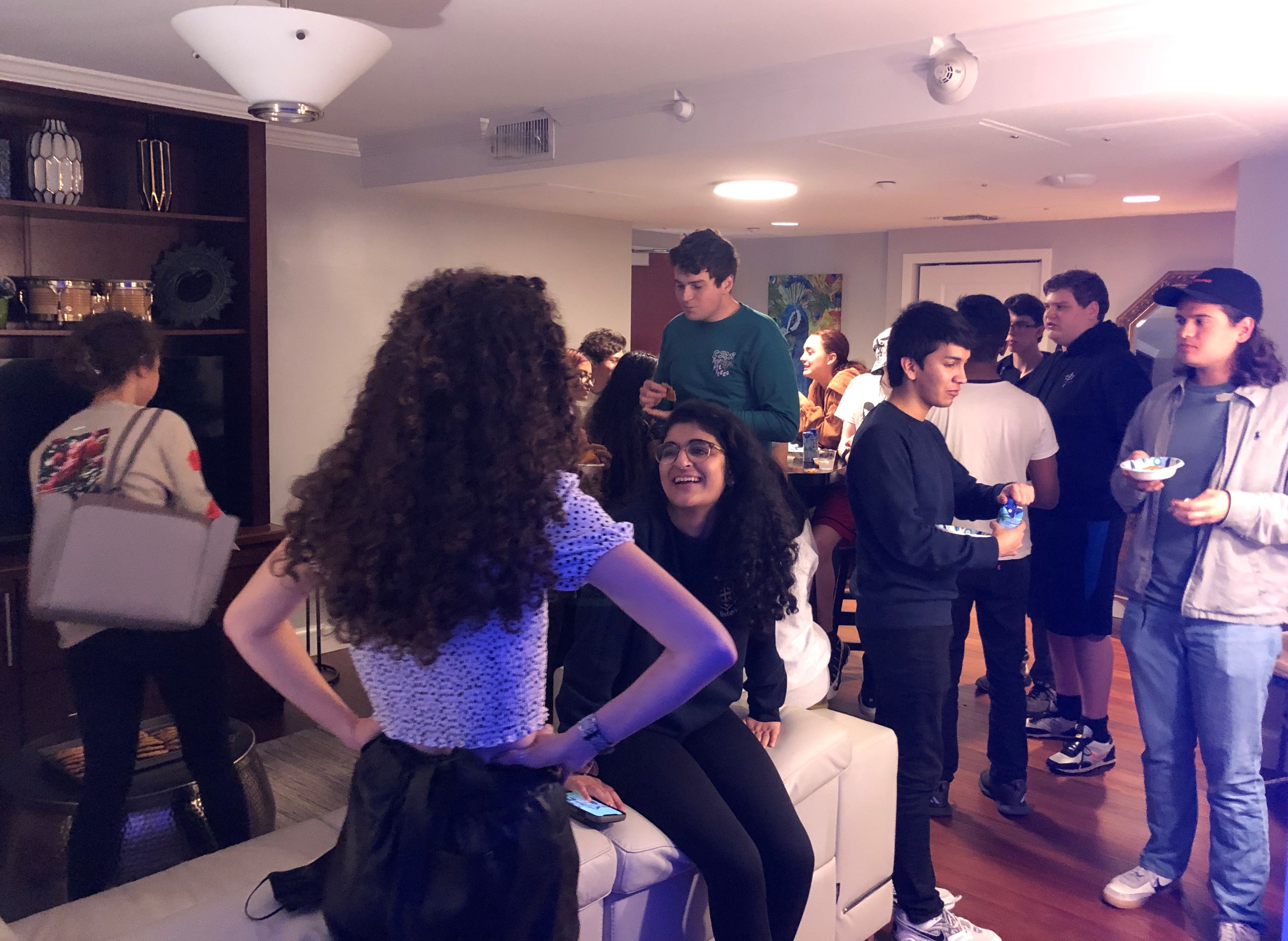 Each week, Alberto, our Faculty-in-Residence, welcomes every student for an evening of good food and social fun. A native of Spain, he brings the tradition of socializing around small savory dishes known as “tapas”. Students have the opportunity to taste Spanish tapas and other bites from international cuisines. Tapas & More is a dynamic event where MHPS residents also engage with different SMU student organizations of diverse background, faculty members, and guests from the Dallas community. 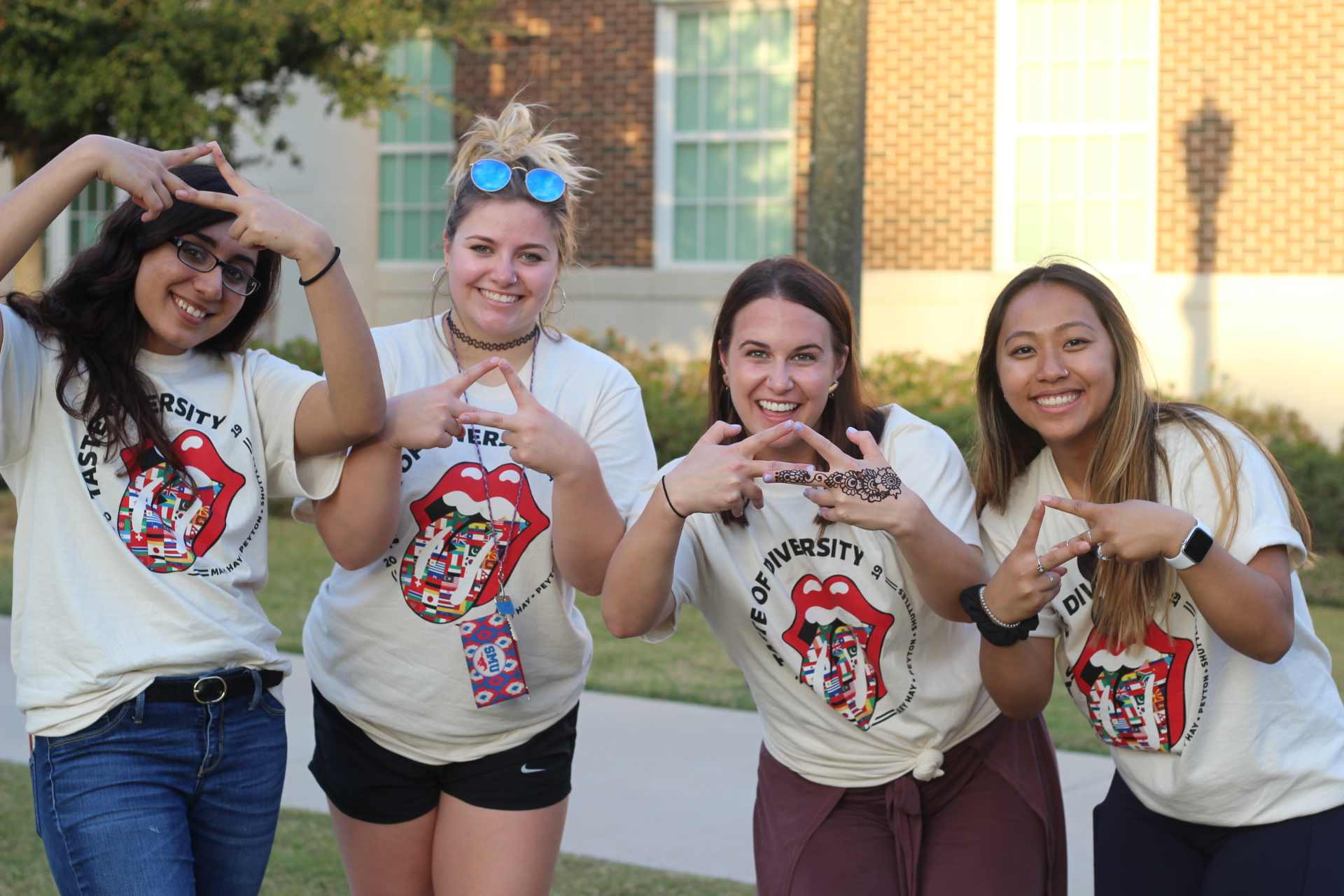 Showing some pride for MHPS!

Students proudly displace that they belong to MHPS.

Serve where you live: Engage Dallas

Engage Dallas is a place-based community engagement initiative via SMU’s Residential Commons to address community needs focusing on South and West Dallas. The initiative is a long-term, university-wide commitment led by students to partner with local residents, organizations, and other leaders to positively impact the community. There is equal emphasis on campus and community impact stemming from the initiative.

In Mary Hay/Peyton/Shuttles Commons (MHPS), we focus on Immigration & Refugee Supports as a community need in Dallas. MHPS students address this by collaborating on service events and activities with local partners, Dallas Furniture Bank, Heart House, Trusted World, and The Intensive English Program's Conversation Buddy Program, to directly help those most in need. Our students who serve gain a broader understanding of current social problems, build community with both the city and their peers, and can earn their Community Engagement Proficiency required for graduation. Engage Dallas cultivates unique and enriching experiences for SMU students to explore and serve Dallas!

Get a feel for all that MHPS Commons has to offer by scrolling through the photo gallery or viewing the video. If you prefer, check it out for yourself by visiting campus, or take an online 360°room tour. 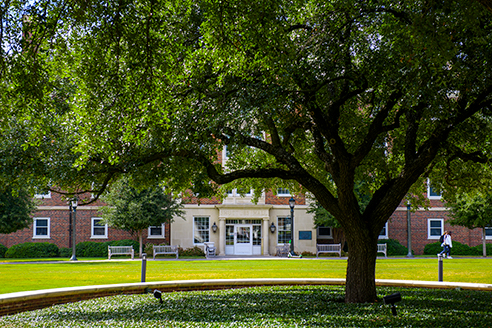 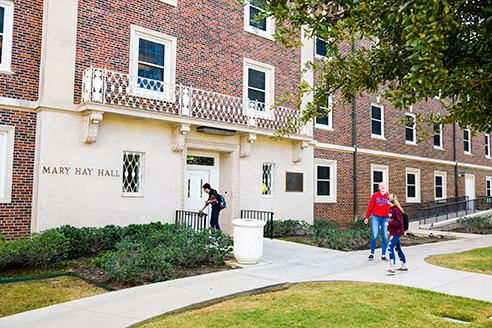 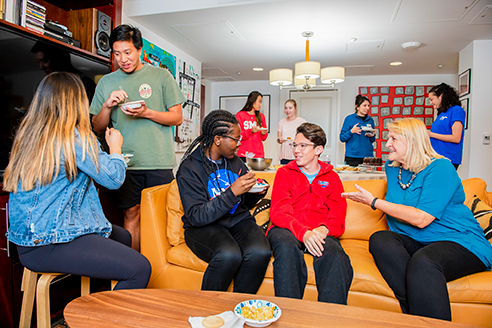 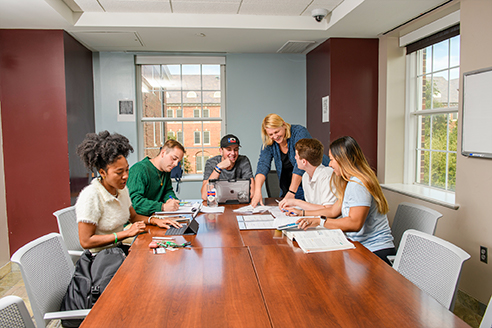 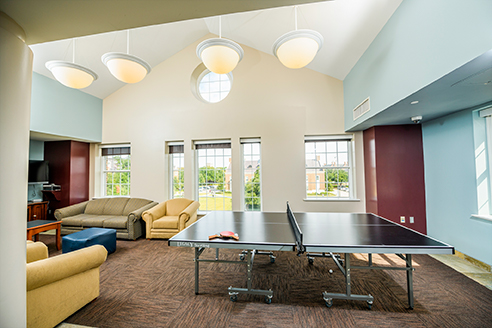 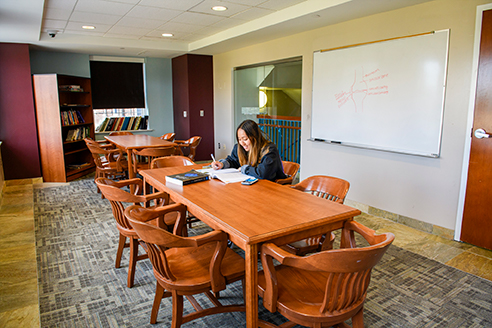 Mary Hay Hall is named in honor of Mary Randle Hay*, former SMU Dean of Women.  Mary Randle Hay (1864-1953) was the widow of Stephen J. Hay, the mayor of Dallas when SMU was established. Following her husband’s death in 1916, Mary Hay became SMU’s Dean of Women, serving from 1923-1934. Dean Hay’s leadership led to the construction of more housing for women student, and in 1927, under her leadership, all resident women students were able to move into Virginia and Snider Halls.

Peyton Hall is named in memory of George L. Peyton, member of the SMU Board of Trustees.  George L. Peyton (1884-1939) was a Methodist minister, director of Wesley Bible Choir, Professor of Religion, and member of the Board of Trustees at SMU from 1934-1939. Following his death, Leila Peyton Hall  (1888-1972) finished her husband’s term on the SMU Board of Trustees. In addition to funding the construction of Peyton Hall in her husband’s honor, she also funded the Peyton Lectureship in Preaching. Following her death in 1972, the Leila Peyton Hall Endowment was established in her memory as part of the President’s Scholars Program in 1977.

Robert Hall Shuttles (1878-1955) was a Dallas area businessman, churchman, philanthropist, and former chair of the SMU Board of Trustees. 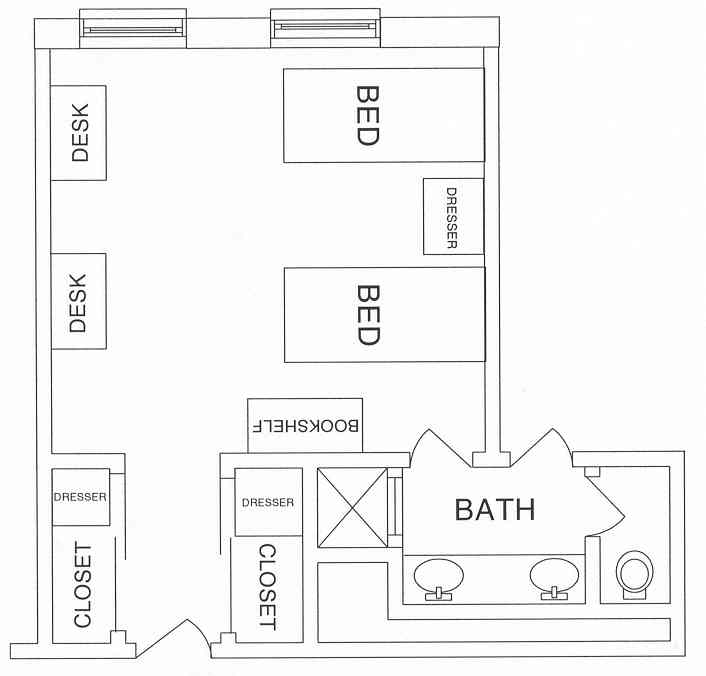 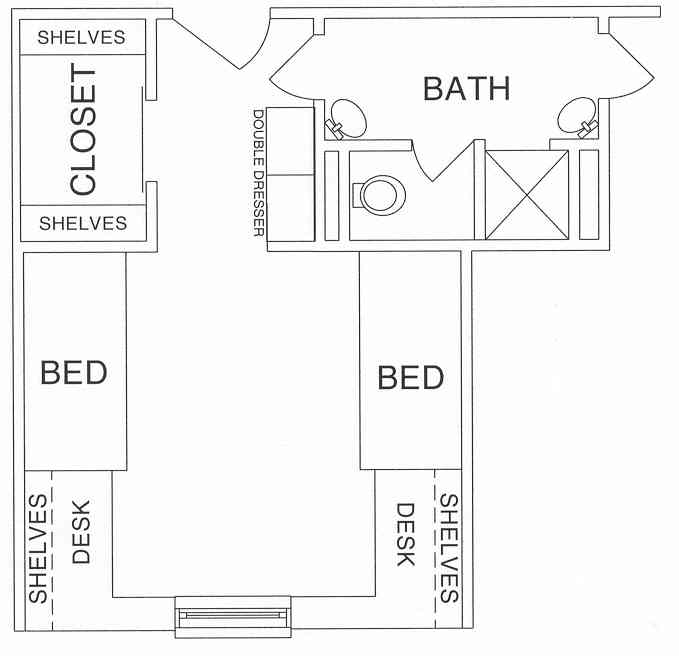 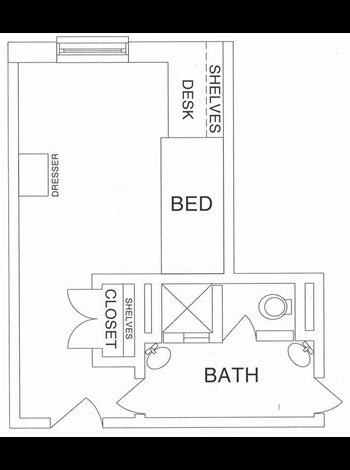 Get to know the faculty, staff, and student leaders of MHPS. 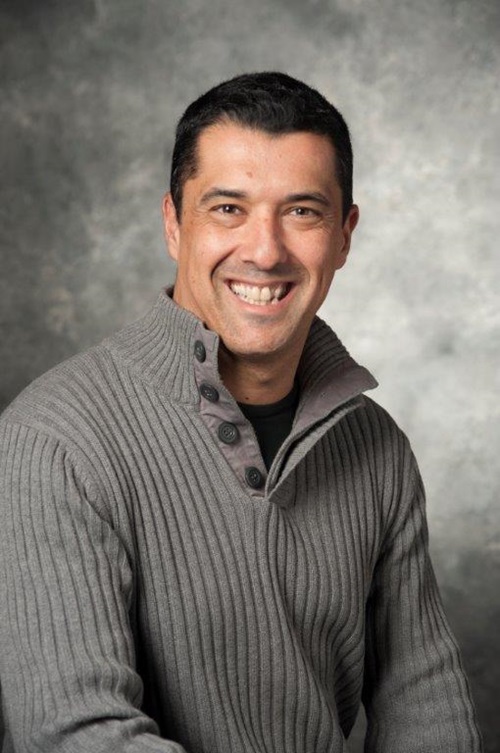 A native of Madrid (Spain), Alberto Pastor has taught linguistics at SMU since 2005. His research interests are linguistic theory and sociolinguistic issues related to Spanish in the United States such as language contact, language ideologies and attitudes, and linguistic landscapes. In his classes and personal life, he tries to serve as an advocate for multilingualism and multiculturalism in the society at large. Along with his wife Martha, and their son Alejandro, they are thrilled to continue the diversity values and traditions of HPMS Commons, and to be part and foster this community. Learn more about Dr. Pastor and his family. 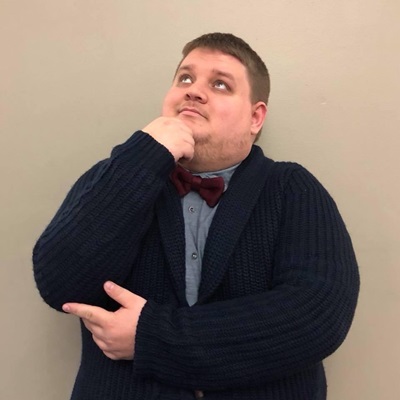 Roman is born and raised a Texan. Originally from Lake Jackson, TX, he earned a Bachelor of Science in Psychology from Texas State University and a Masters of Education in Educational Leadership from Oklahoma State University. He is passionate about helping students become the person they want to be and being part of their journey. Roman enjoys learning about anything and everything, playing video and board games, watching tv and Dr. Pepper. Stop by his office in Mary Hay for good conversation. 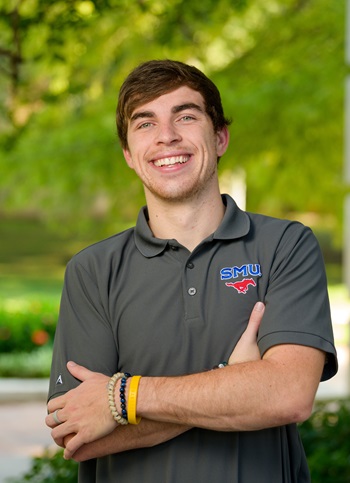 Ryan Nelson is from Florence, SC and earned a Bachelor of Arts in Journalism and Mass Communications from the University of South Carolina in the spring. He is passionate about supporting first and second year students as they transition from living at home to living in an on-campus community. He is a huge Houston sports fan and enjoys watching sports and playing video games in his free time.