Keeping It Classy Since 1964

“Faculty-in-Residence Sandy really knows how to build community. Whether it is through organizing  the Cockrell Culinary Club and Cockrell Eats which provides home cooked meals on Sunday nights, or hosting pop-up dinners in the FiR flat for residents to meet distinguished professionals, she encourages residents to come meet other residents and to be more involved in the Cockrell community. Sandy is so welcoming and makes every resident feel at home in CM and SMU." 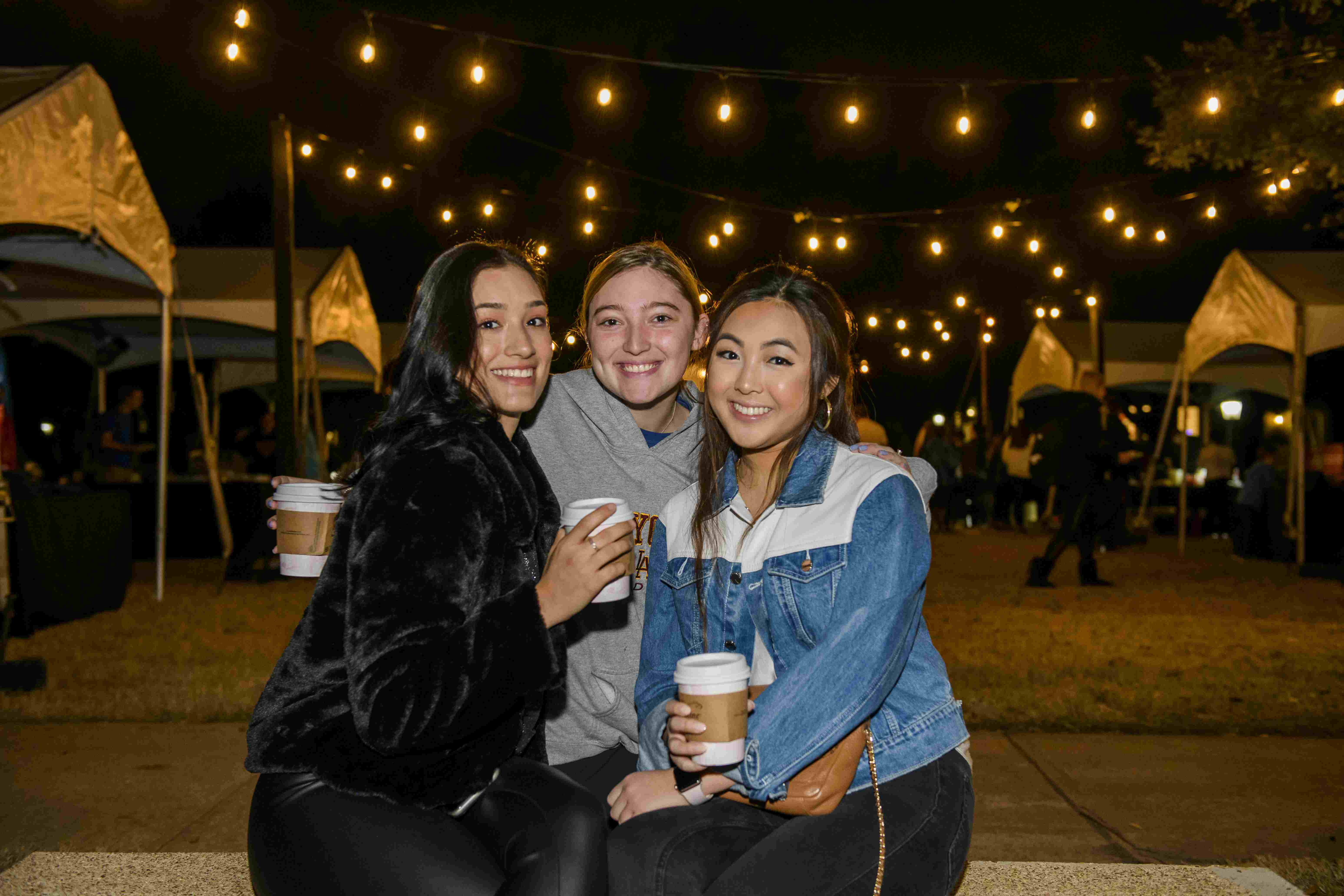 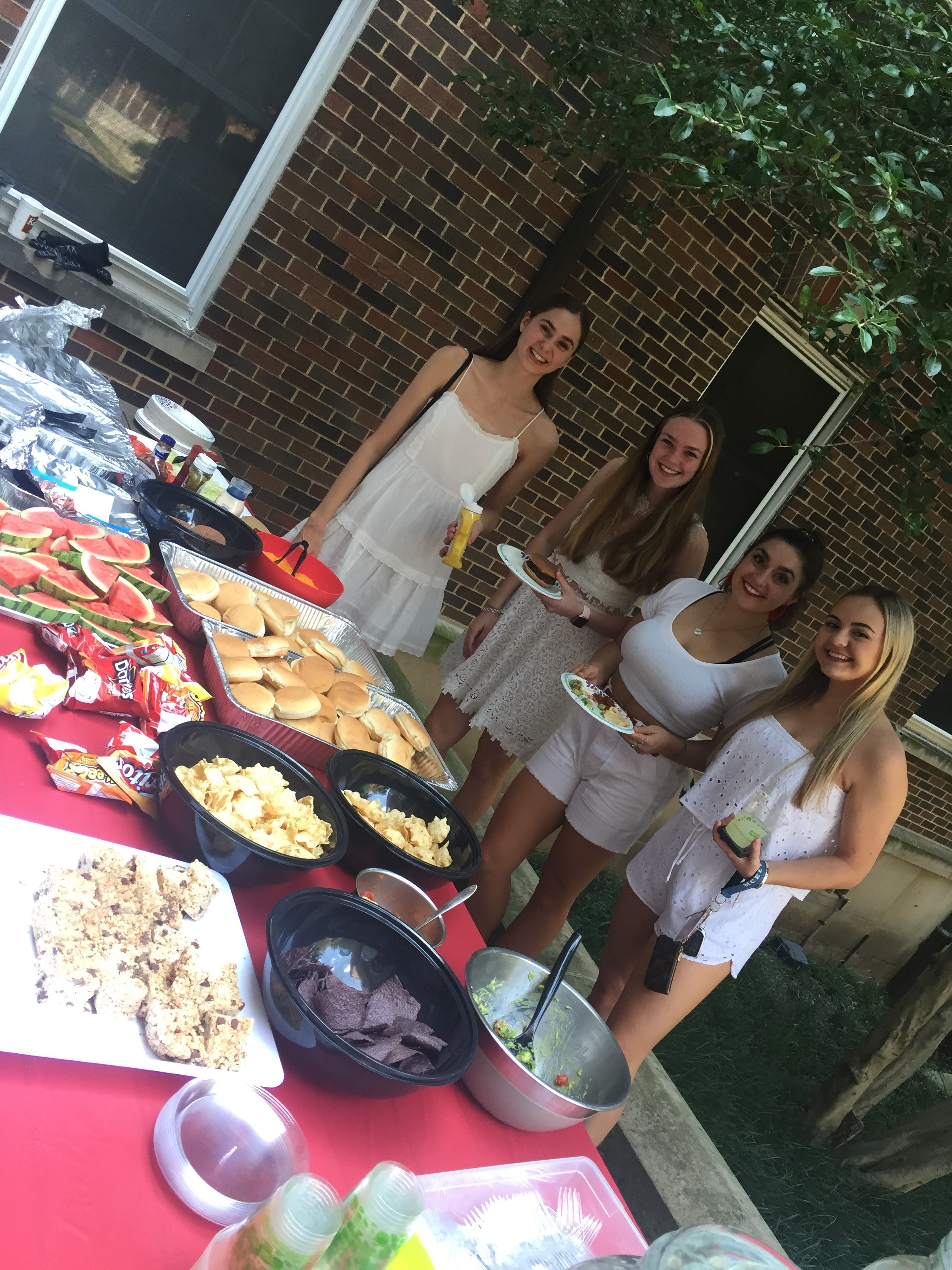 Every home football game in the fall, the Cockrell FiR Family boulevards on the front porch of CM for the two hours before kickoff. Join Cockrell-McIntosh residents old and new plus their families for classic homemade football foods, made by FiR Sandy, as her husband Brad fires up the grill for football classics. 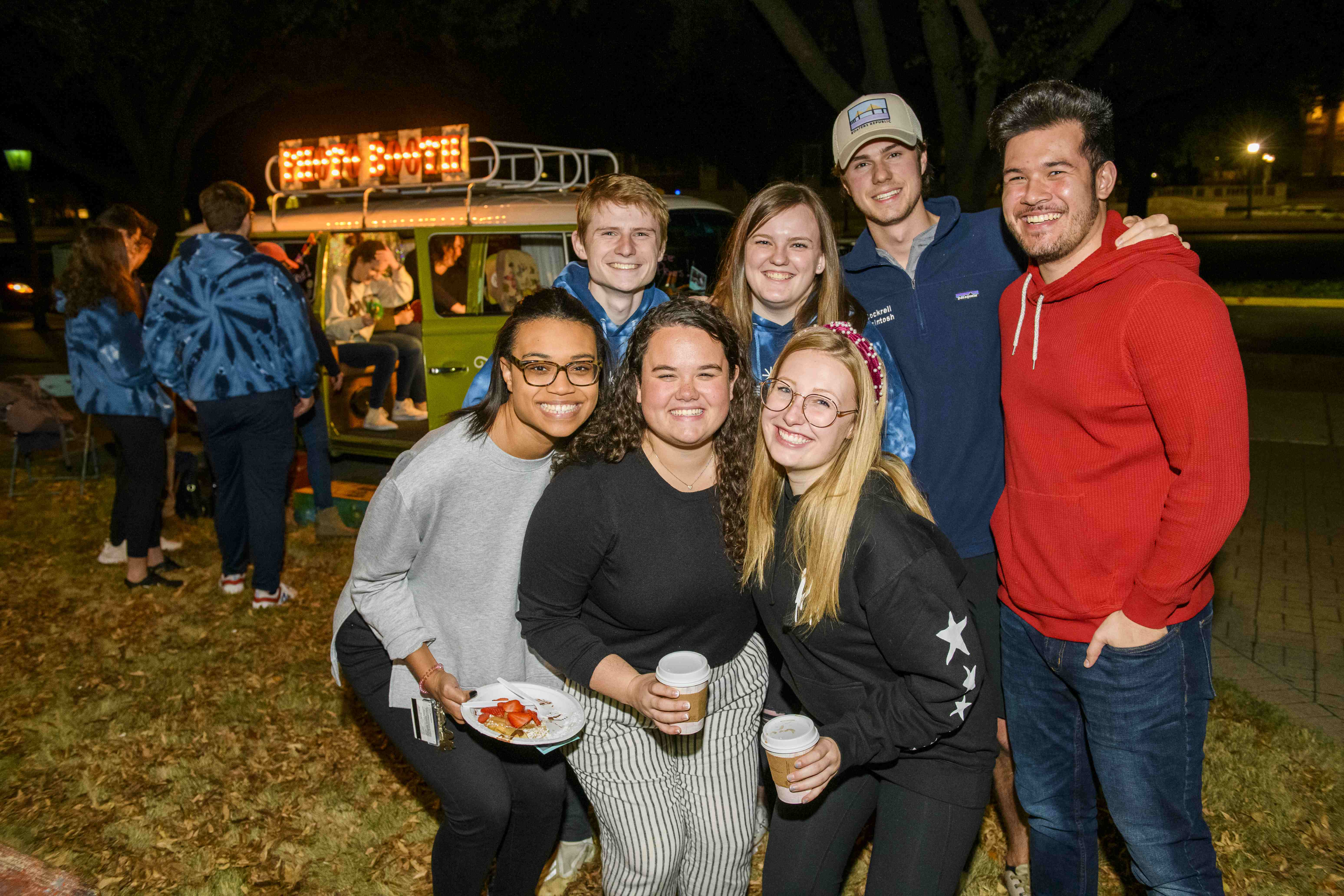 Cockrell Culinary Club, in conjunction with Cockrell Eats, is FiR Sandy Duhé’s signature weekly event. Residents sign up to be either the executive chief of the week or one of the sous chefs. The executive chef works with Sandy early in the week to create a menu for that week’s Cockrell Culinary Club. Then on Sunday from 6 to 8 p.m., Sandy, the executive chef, and the sous chefs cook the decided-upon menu, which is enjoyed by all of Cockrell-McIntosh at Cockrell Eats at 8 p.m.

Get a sense of the community

Get a feel for all that Cockrell-McIntosh Commons has to offer by scrolling through the photo gallery or viewing the video. If you prefer, check it out for yourself by visiting campus, or take an online 360°room tour. 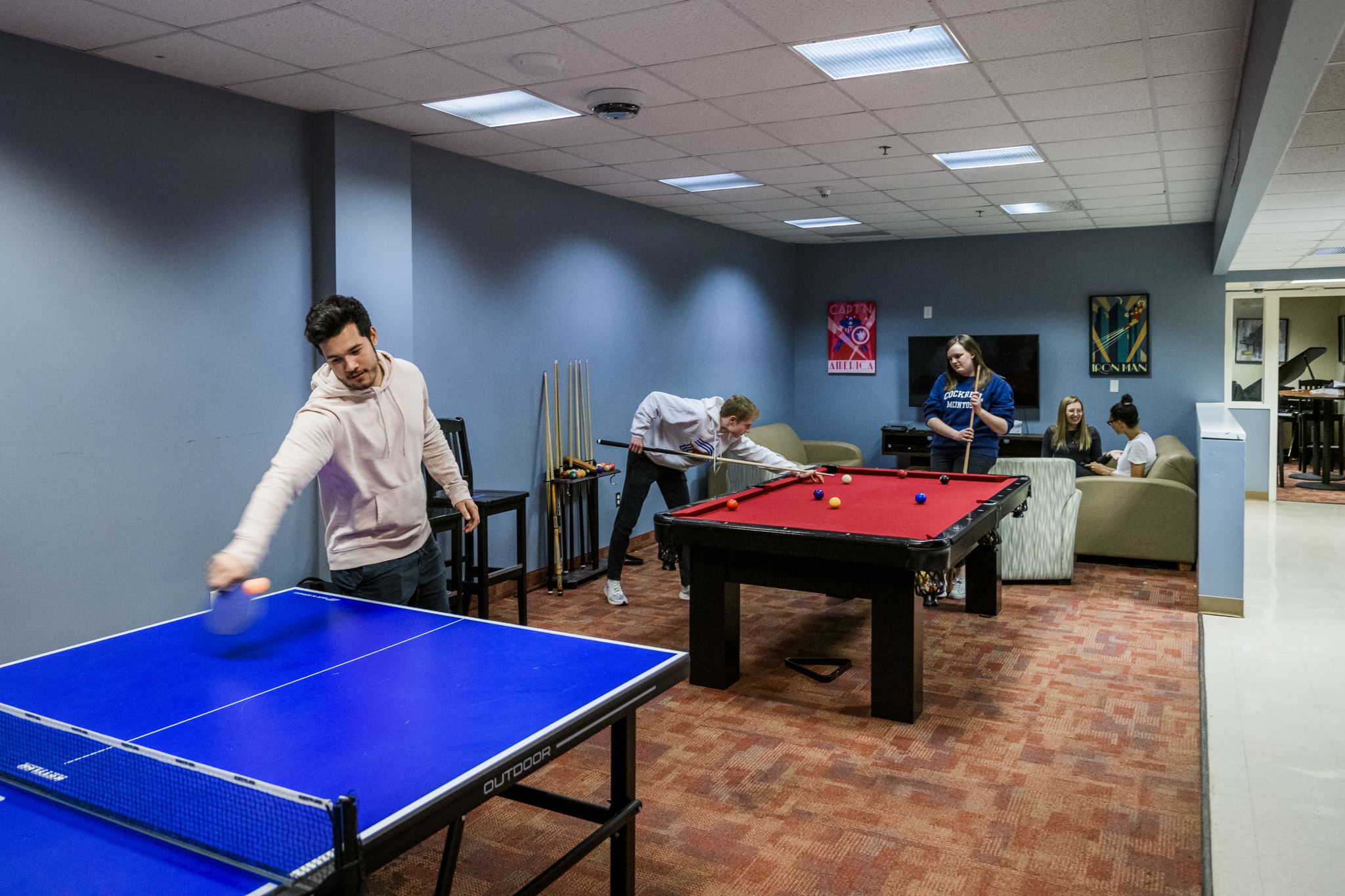 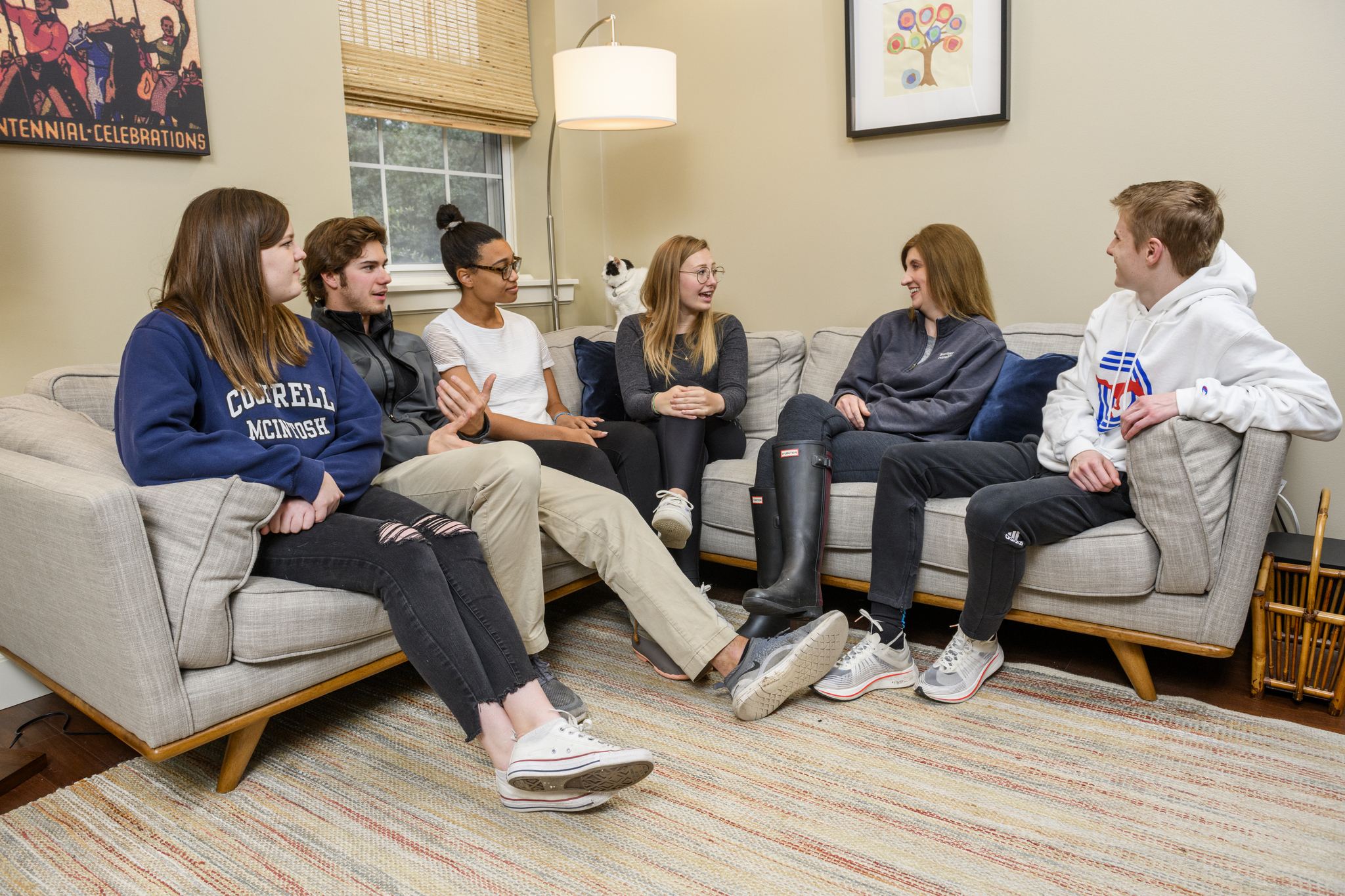 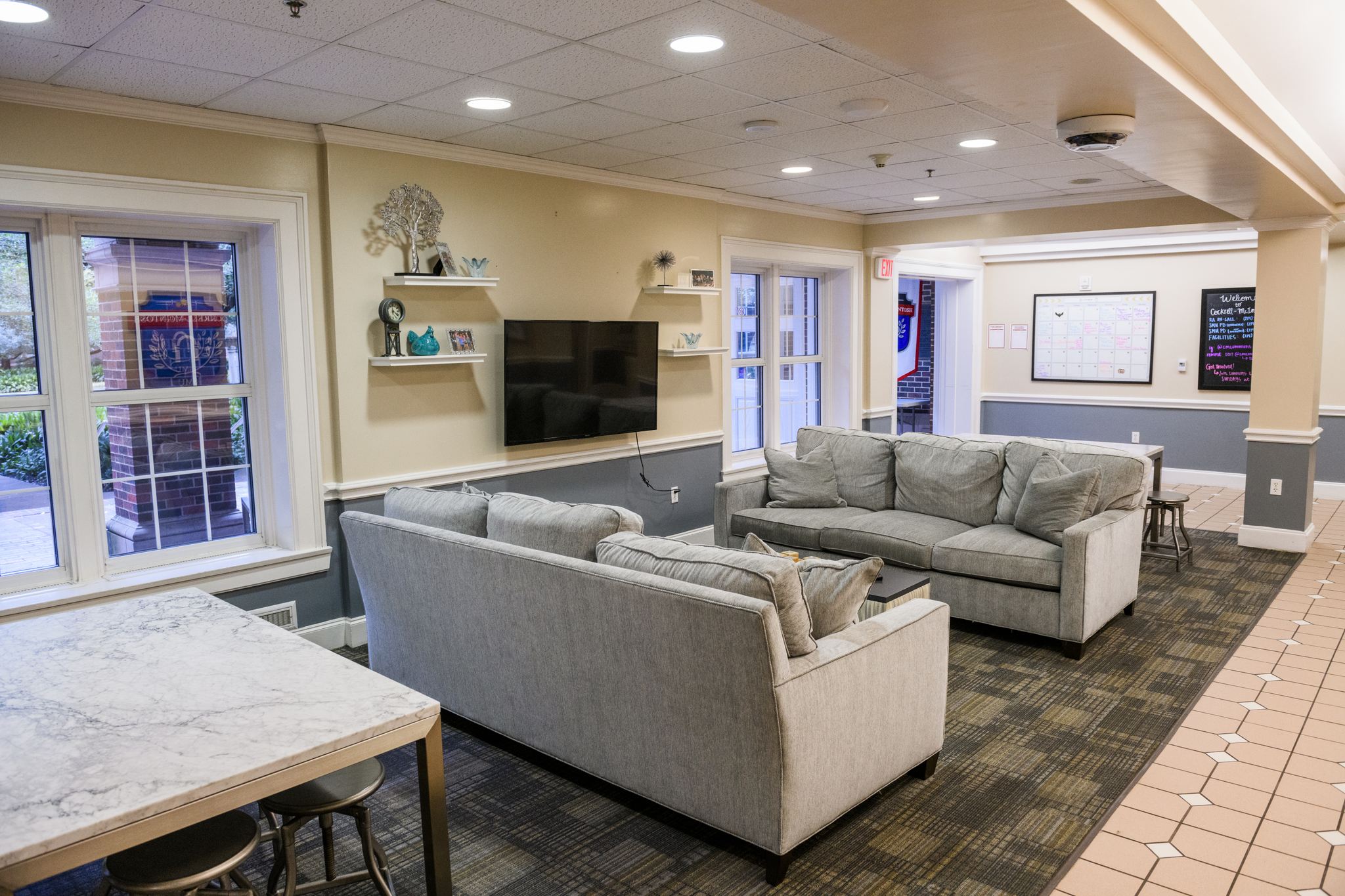 Please note, there are multiple configurations for room types. The below is an example floor plan. 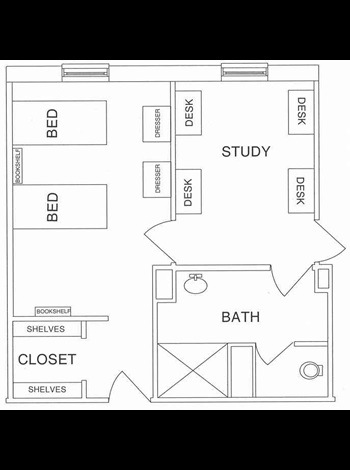 Cockrell Hall was named after Judge Joseph Elmore Cockrell (1859–1927). He was the former chair of the SMU Board of Trustees and was instrumental in the establishment of the Dedman School of Law at SMU. As the former president of the Dallas Bar Association, Joseph Cockrell began discussions with SMU administrators regarding the law school in 1919. In fall 1925, classes began at the School of Law with Joseph Cockrell as the interim dean.


McIntosh Hall was named after John Strayer “Dutch” McIntosh (1879–1945). Known as the “handsomest man on campus,” John was a professor of classical languages and head of the Latin and Greek Department from 1915 to 1945. He often played tennis with his students. He was chairman of the Faculty Athletic Committee and served as president of the Southwest Conference. John also led the graduation ceremonies as the University marshal from the first convocation in 1915 until he died in 1945.

Get to know the faculty, staff, and student leaders of Cockrell-McIntosh Commons. 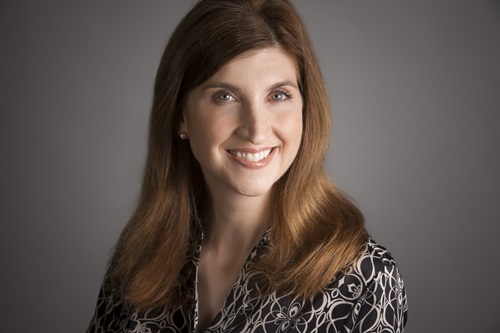 Sandy Duhé is a Louisiana native who is happiest in the classroom and the kitchen. Her earliest memories are of playing school with stuffed animals and willing relatives as her first students. After an extensive corporate career in the energy sector, she made the transition to teaching and came to SMU with husband Brad and children Byron and Mary Cathryn in 2012. Together, they’ve enjoyed creating a home away from home for Cockrell-McIntosh residents since 2018. Learn more about Dr. Duhé and her family.