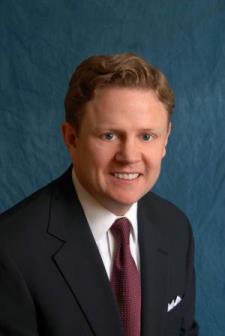 As Clinical Assistant Professor and Director, Sport Management, Peter is responsible for teaching in and directing SMU’s inter-disciplinary graduate program with SMU’s Cox School of Business and the Simmons School of Education & Human Development’s undergraduate sport management programs.  In those positions, he leads and overseas the program’s curriculum, faculty, internships, operations, and industry engagement. He is well equipped to do so as he possesses a distinct combination of professional experiences that blend with a broad range of academic experiences.

A strong advocate for sports management academic excellence throughout his career, he has taught, both domestically and abroad, various sports business courses at both the undergraduate and graduate level, including Sport Organizational Design, Sport Marketing & Sponsorship, Sport Management Practicum, Sport Management Internship, and Sport & Fitness Management.

Born in New York City, Peter started his career in the sports industry while in college where he worked for ProServ, a leading sports marketing agency specializing in player representation, corporate consulting, event management, and television sales and production. He then spent nine years in a variety of international corporate marketing and business operation positions with the Office of the Commissioner of Major League Baseball (MLB), both domestically and abroad. As Director, Southeast Asia, Australia, and New Zealand, he established MLB’s Australia & Oceania regional office in Sydney, Australia, and was based there for five and a half years where he oversaw development and expansion of MLB’s strategic initiatives in the region as well as consulted to both the Australian Baseball League and Australian Baseball Federation. Immediately prior to joining SMU he had a career in commercial real estate, primarily as a partner with several institutional developers.

A nationally ranked intercollegiate tennis player, Peter is now an avid youth coach, volunteer, and triathlete and he enjoys skiing and golf. He and his wife, Susan, live in Dallas and have three children.