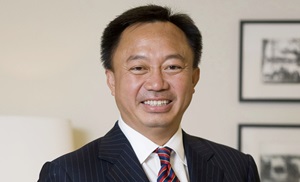 Viet Dinh served as Assistant Attorney General from 2001 to 2003, where he worked primarily on federal legal policy. Dinh played a significant role in developing the USA PATRIOT Act, a controversial act signed into law by President Bush, which expanded the investigative and prosecutorial power of the federal government in matters of national security. He graduated from Harvard Law School in 1993.

To learn more about this interviewee, please consult some of the below links.