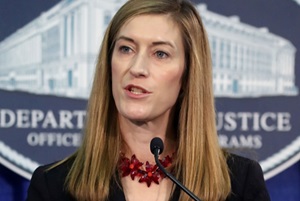 Rachel Brand served as Assistant Attorney General in the Office of Legal Policy during the George W. Bush presidency. In this position, Brand served as Chief Policy Advisor to the Attorney General. She managed the DOJ's role in selecting federal judges, and she led the confirmation processes for the two supreme court justices appointed by President Bush: John Roberts and Samuel Alito. Prior to the Bush administration, Brand also worked in the legal team representing President Bush in the 2000 election recount. She served as Associate Attorney General from 2017-2018, and in 2018 began working for Walmart as Executive Vice President of Global Governance and Corporate Secretary.

To learn more about this interviewee, please consult some of the below links.