SMU is a weapons-free campus

SMU prohibits the possession of any dangerous weapon (either openly or in a concealed manner), or facsimiles of dangerous weapons such asreplica, pellet, airsoft,water guns orrealistictoy guns and knives, on all University property, athletic venues, passenger transportation vehicles and any building on which University activities are conducted.

Student-owned sporting firearms or other weapons (including all BB and pellet guns) are the responsibility of the owner and must be stored at an appropriate location off campus.

SMU has been a weapons-free campus since at least 1994.

In accordance with Texas Senate Bill 11, also known as the “campus carry” law, SMU opted to ban concealed handguns on campus after discussion with the campus community.

The law went into effect August 1, 2016, and SMU remains a weapons-free campus.

The open carry of handguns or other firearms on campus continues to be prohibited. 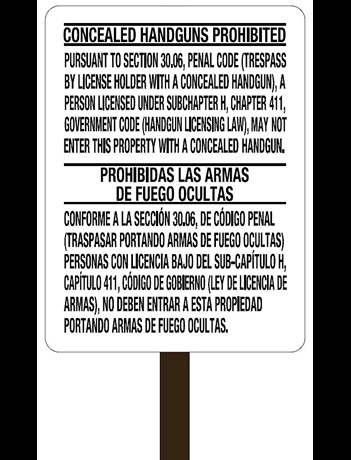 Pursuant to Section 30.06, Penal Code (Trespass by License Holder With a Concealed Handgun), a person licensed under Subchapter H, Chapter 411, Government Code (Handgun Licensing Law), may not enter this property with a concealed handgun.