As a community we help students find their purpose through wisdom, integrity, and discipline.

Crum Commons at SMU is a fellowship of students, faculty, and staff who aim to create meaningful relationships in an environment where its fellows “know and are known” in order to promote rich intellectual, cultural, and social growth. All Crum fellows celebrate the traditions of service, wisdom, integrity, and discipline. Crum Commons seeks self-motivated, life-long learners with diverse interests who contribute to a community of scholars “in all reverence for light and truth.” 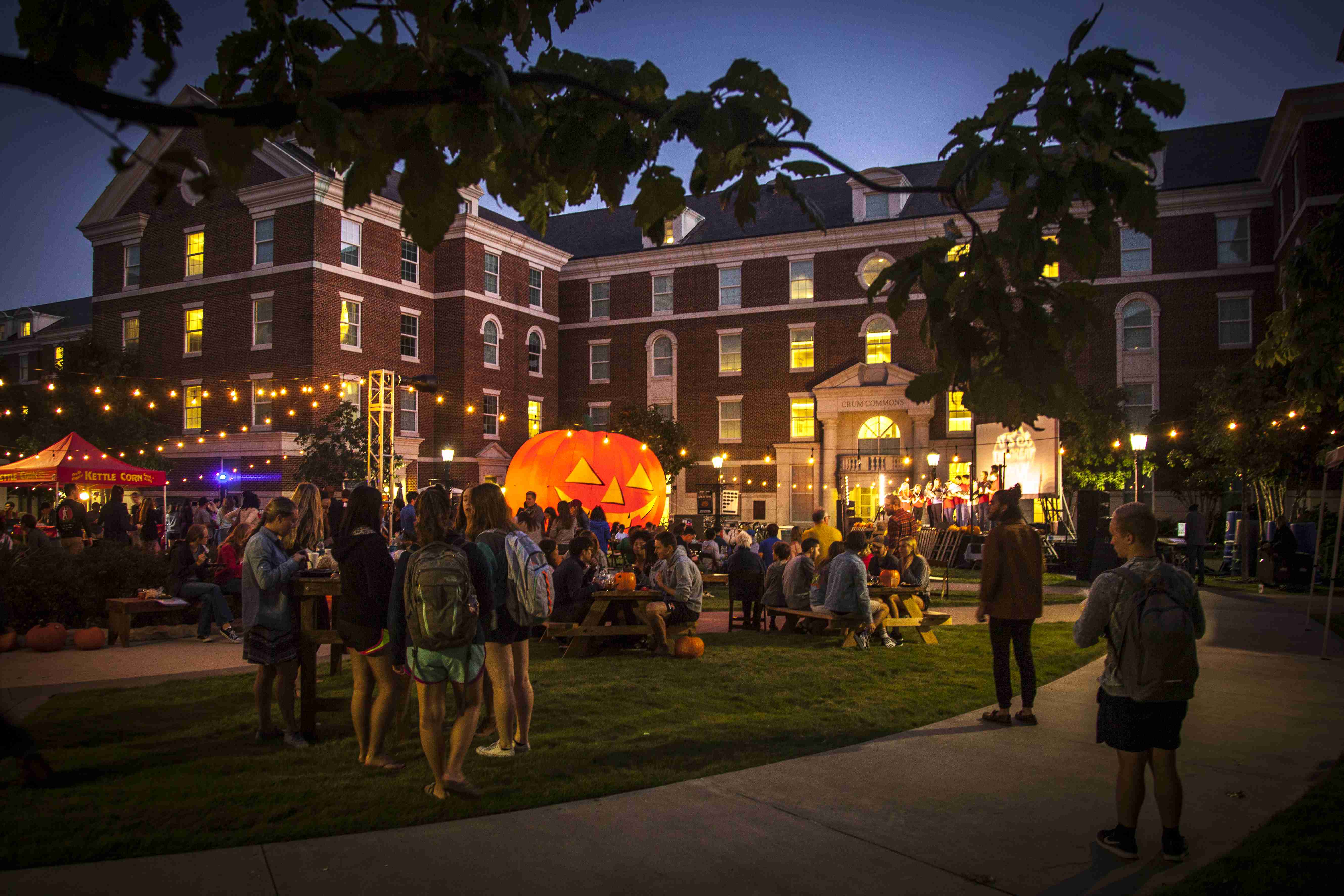 The Great Crumpkin is a fall tradition that originated with Crum’s homecoming dynamic-duo theme “Snoopy and Woodstock.” It’s the Great Pumpkin, Charlie Brown is a film by cartoonist great Charles Schulz. The Great Crumpkin is a celebration of the fall with pumpkin carving, fall treats, and, this year, a delicious catered meal outside in the quad. 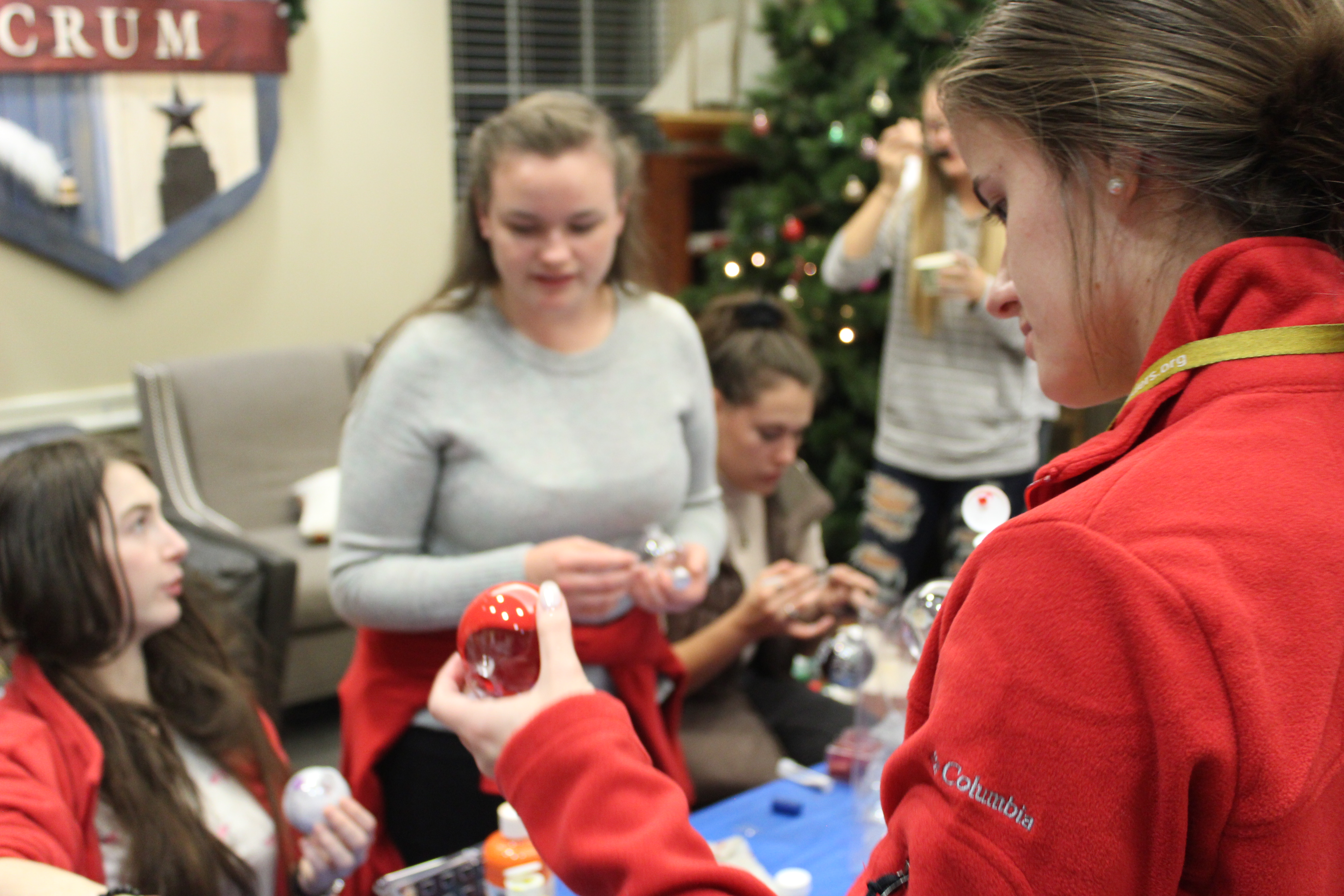 ‘Tis the season for hot cocoa, colorful lights, and ginger bread. The Holidays in Crum are taken to a completely new level of cheer. The living room is transformed into an oasis of comfort, lights, and free hot chocolate (BYOM..Bring Your Own Mug). A large tree is donned in the living room and a tree and menorah can be found on every floor. 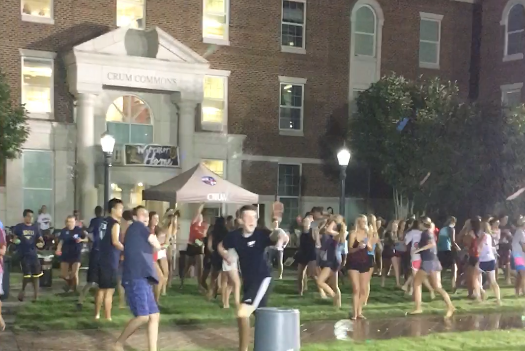 On the eve of Stampede (after moving in), all new students meet in Moody Coliseum for the Corral Kick-Off. After the Kick-Off, students return to Crum Commons, where thousands of water balloons wait in the quad between Crum and Armstrong. This is the first of many rivalry competitions Crum engages in with Armstrong. Last year’s winner of the water balloon fight was clear. Crum’s army of balloon archers was unmatched, and our reputation of domination will continue again a second time.

Get a feel for all that Crum Commons has to offer by scrolling through the photo gallery or viewing the video. If you prefer, check it out for yourself by visiting campus, or take an online 360°room tour. 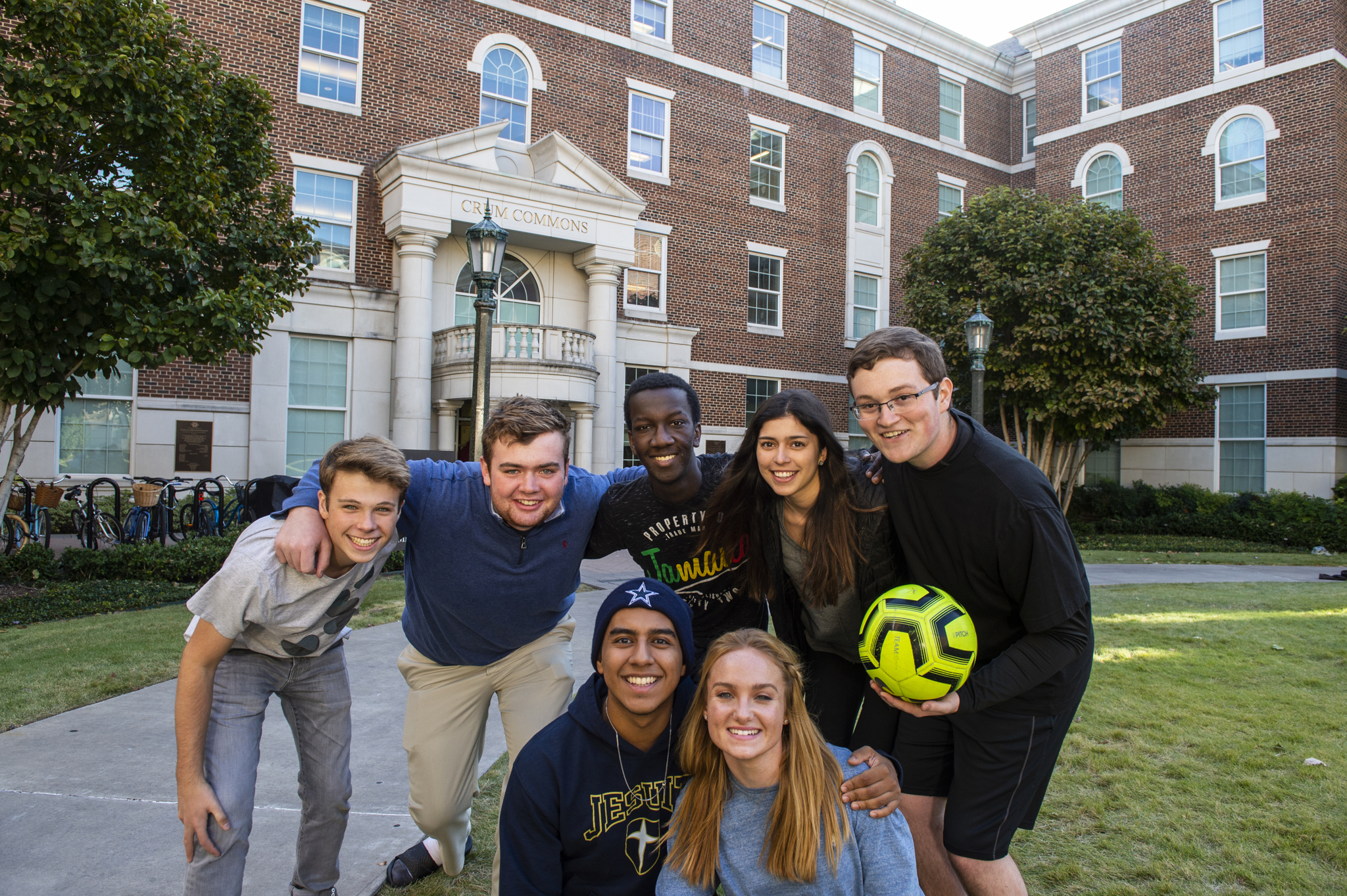 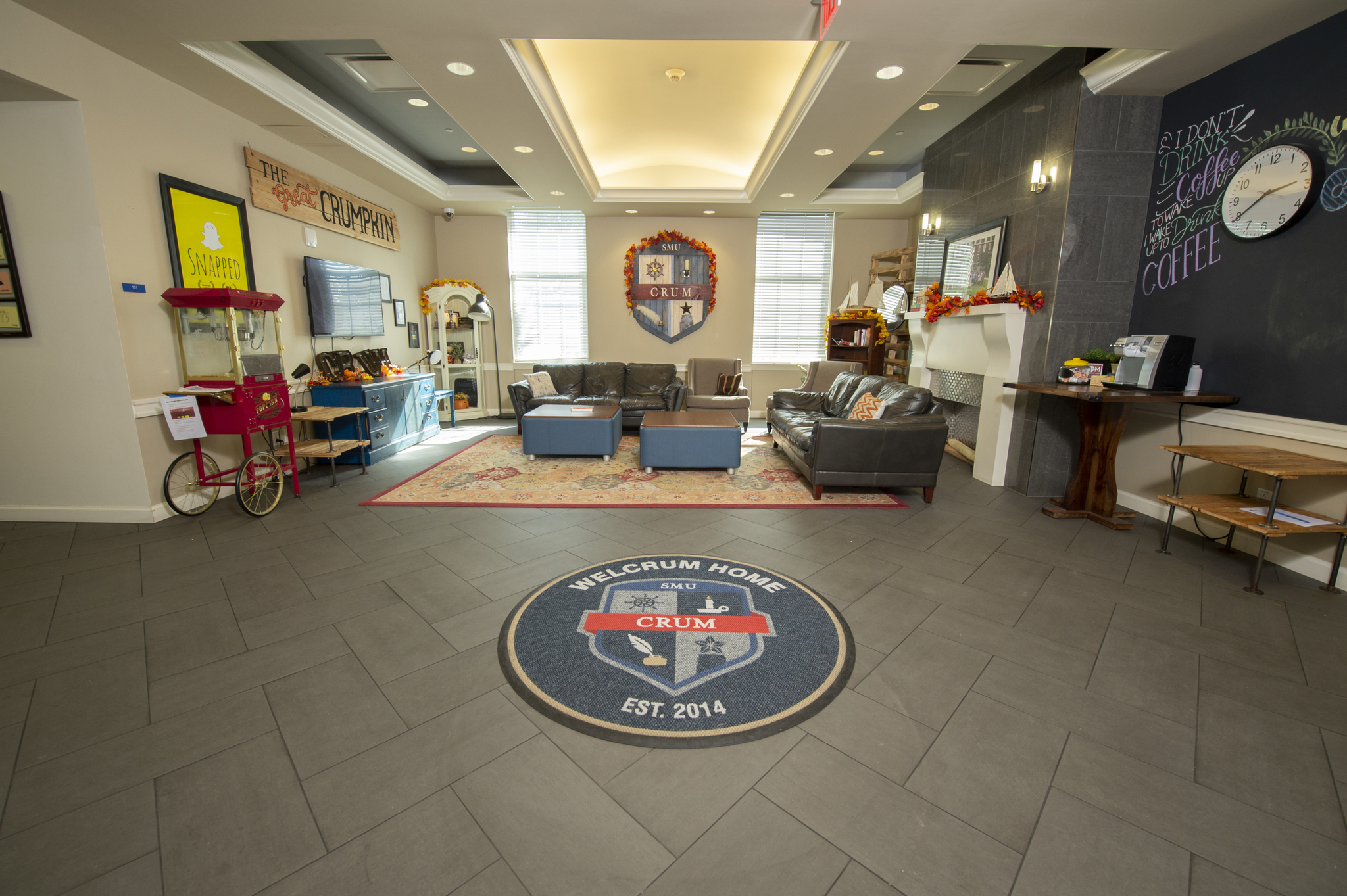 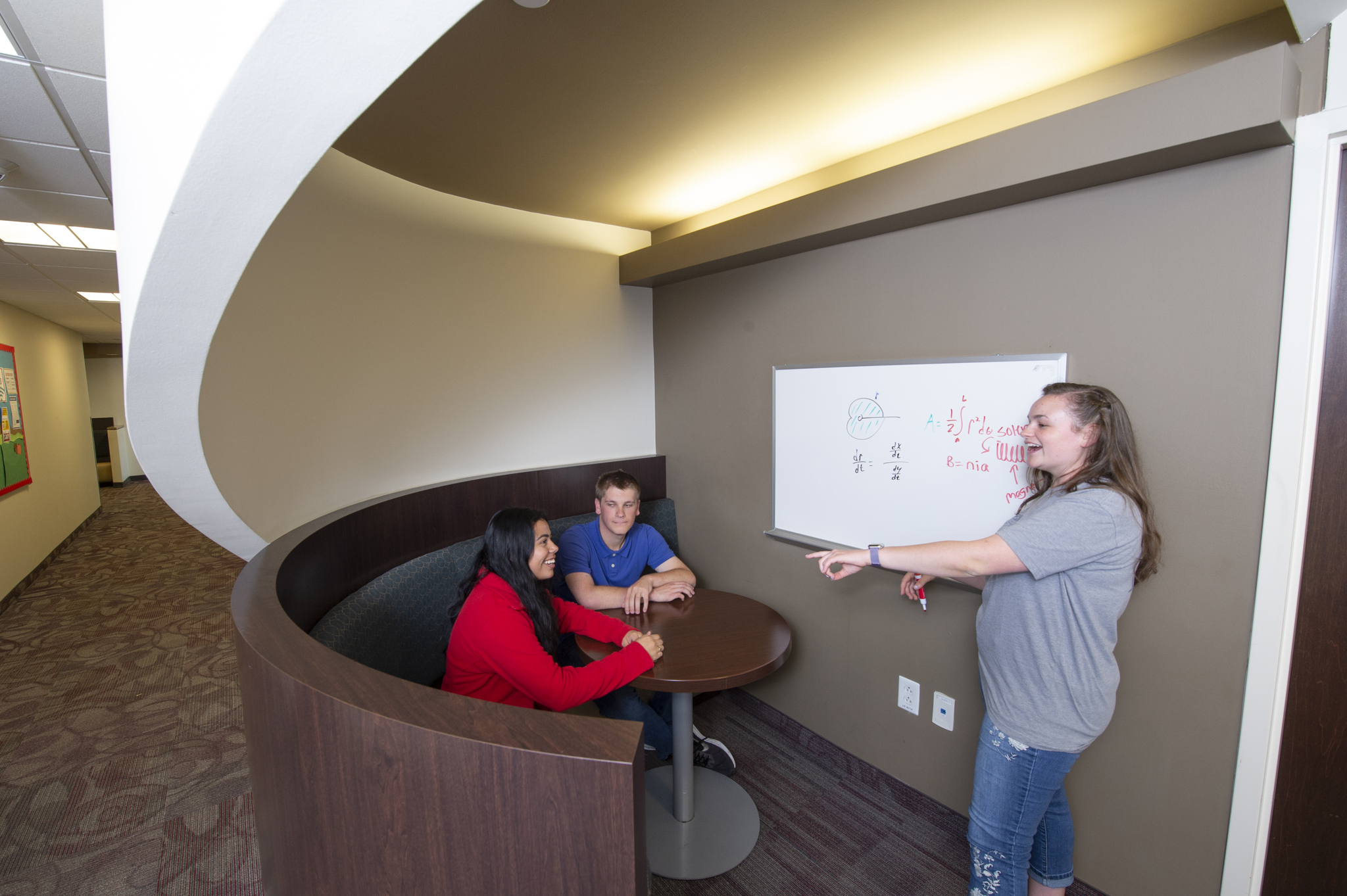 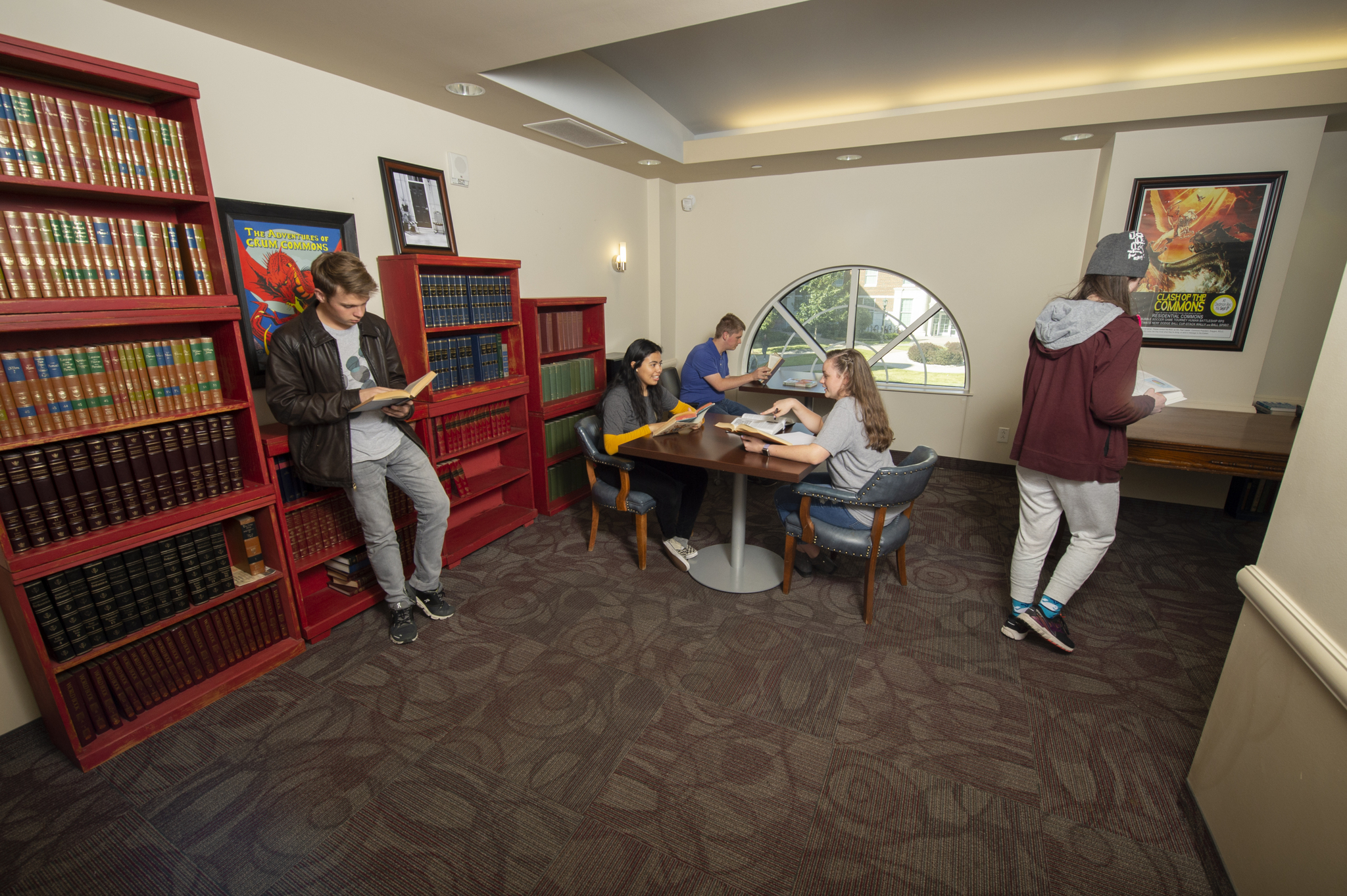 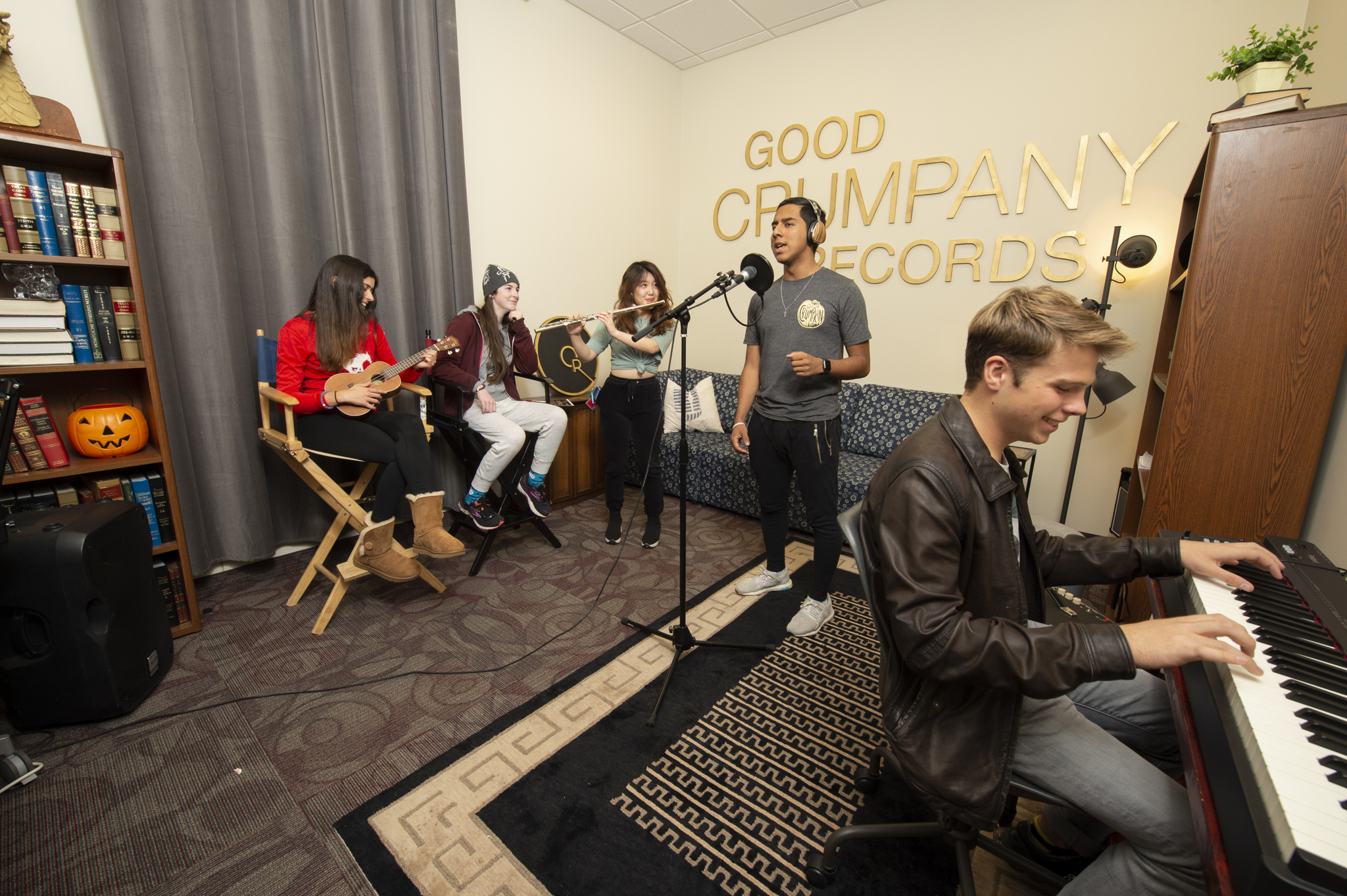 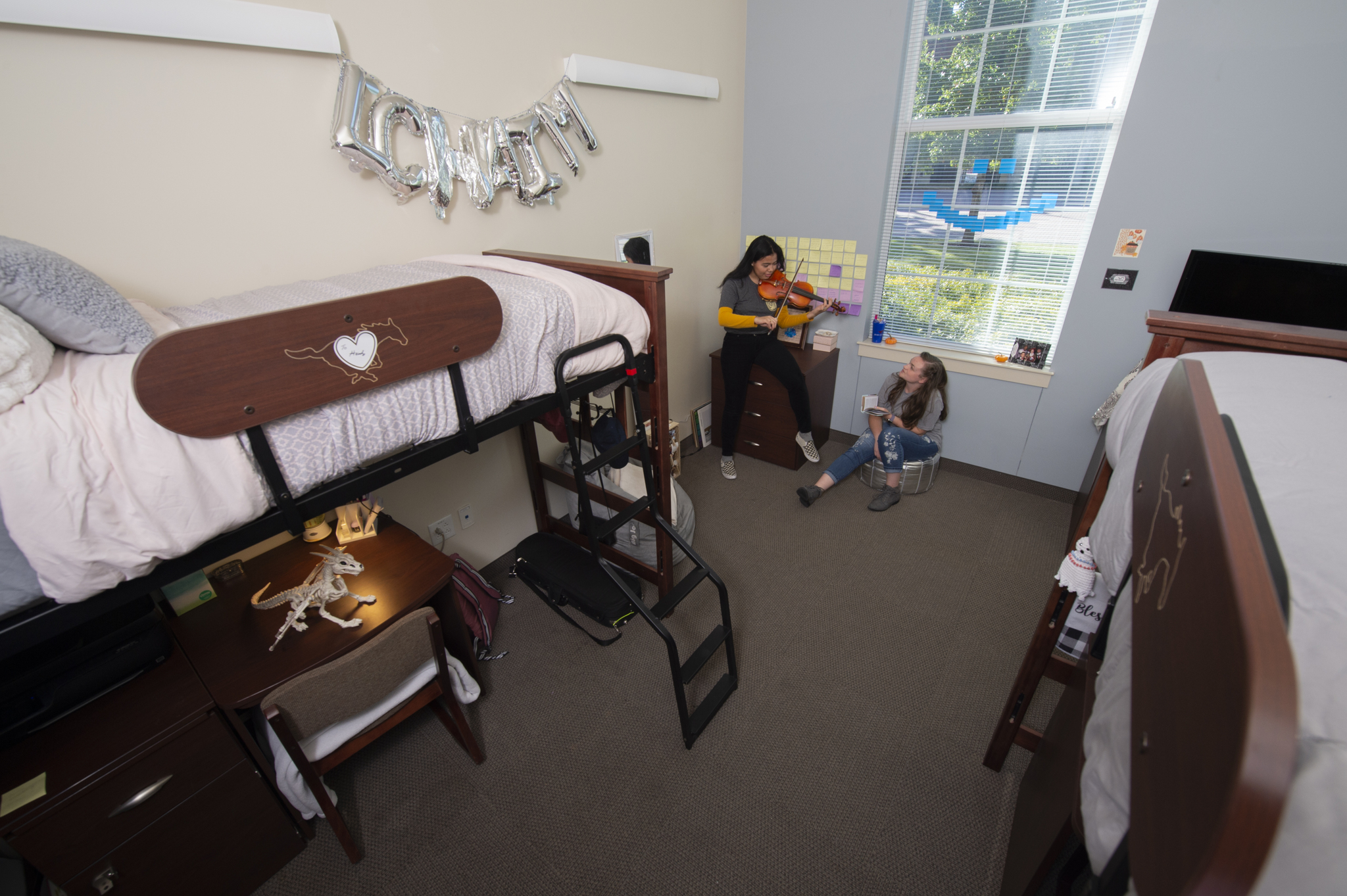 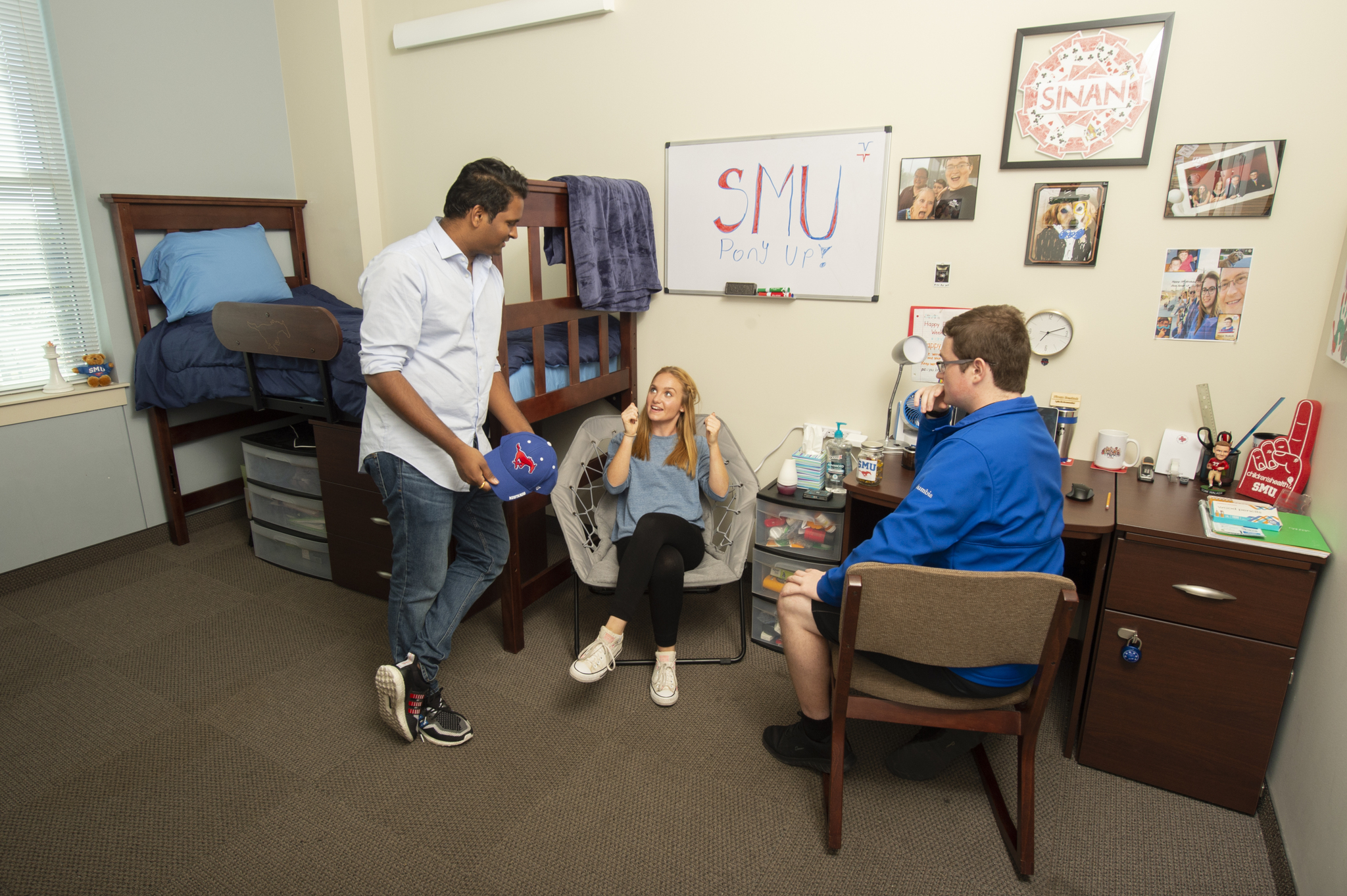 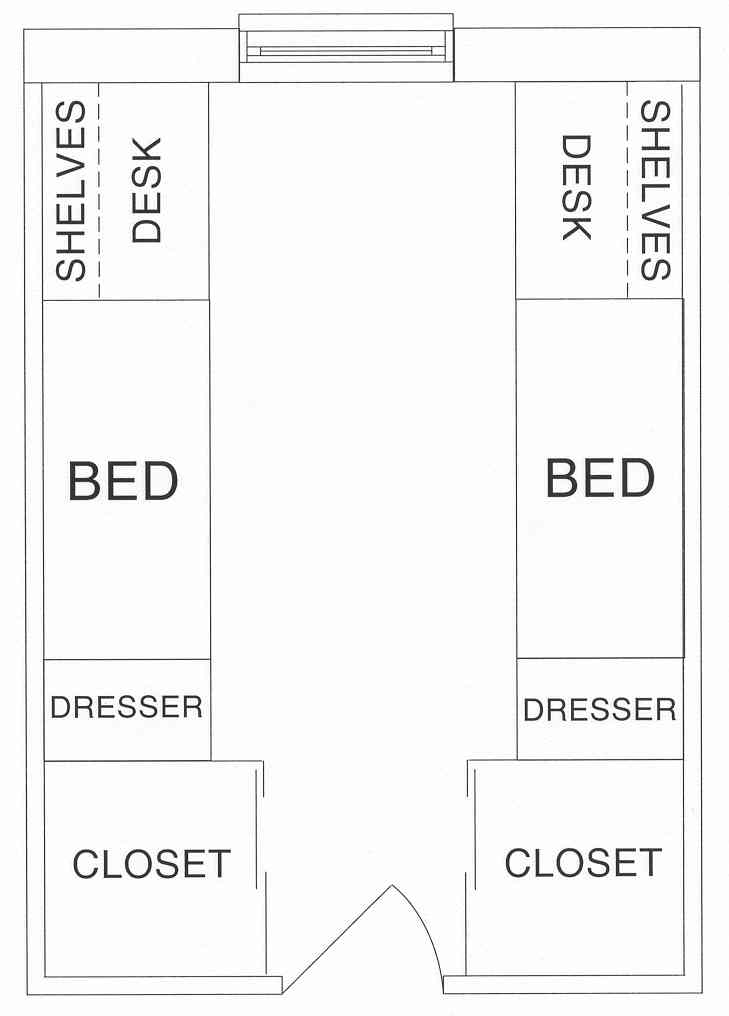 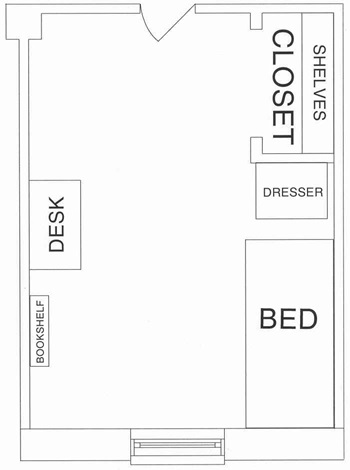 Sylvie and Gary Crum have shown a commitment to expanding opportunities across the SMU campus through their far-reaching leadership and generosity. Gary Crum received his Bachelor of Business Administration from SMU in 1969 and was an active member of Sigma Alpha Epsilon fraternity. He went on to earn his Master of Business Administration from the University of Texas at Austin in 1972.

Gary Crum serves on the SMU Board of Trustees and the Cox School of Business Executive Board and has received Distinguished Alumni Awards from SMU and the Edwin L. Cox School of Business. Sylvie Crum is active in numerous civic activities in their home community of Houston. Graduating from the University of Texas at Austin with a bachelor’s degree in French, she formerly served as the University of Texas System Board of Regent’s representative on the Intercollegiate Athletic Council for Women and is a member and former chair of the Longhorn Foundation Advisory Council. She also serves as a director for the United States Lacrosse Foundation.

The Crums currently serve as the CEOs of the CFP Foundation, a Houston-based charitable organization focused primarily on educational issues related to Texas. They have three children, Ashley, Christopher, and Clayton. Continuing the legacy of their father, Ashley ’03 and Christopher ’05 earned Bachelors of Business Administration at SMU. In addition, Christopher earned a Master of Business Administration from Stanford University in 2010. Clayton received a Bachelor of Business Administration with honors from the University of Texas at Austin in 2012. Sylvie and Gary Crum received SMU’s Mustang Award in 2012 in recognition of their significant philanthropy to the University. They have supported SMU through their leadership and financial gifts to athletics, the Cox School of Business, and student initiatives, as well as other areas across campus.

In 2013, Sylvie and Gary Crum provided a leadership gift for a new living-and-learning Residential Commons facility. SMU recognized their remarkable generosity with the naming of Crum Commons.

Get to know the faculty, staff, and student leaders of Crum Commons. 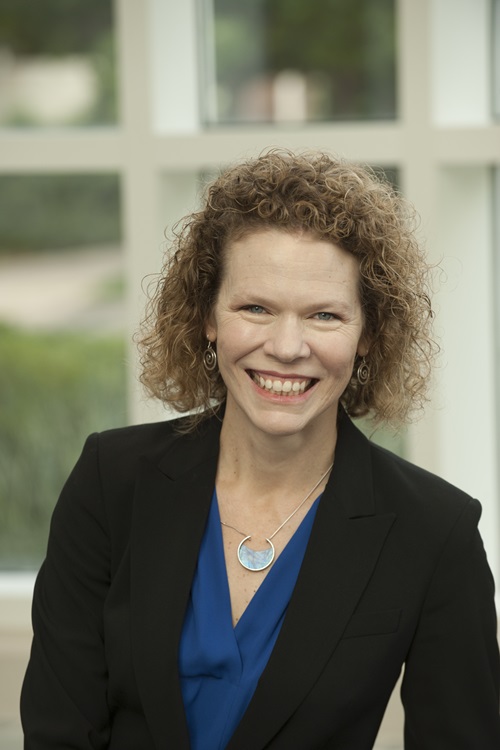 Samantha Glasford grew up in the Dallas-Fort Worth area. She completed her undergraduate degree in Computer Science and master’s degree in Cybersecurity at Southern Methodist University. Simultaneously, Samantha was a resident assistant for four years. And she will serve as the Residential Community Director for Crum Commons. Pony Up!