Sunbelt Prisons and the Carceral State 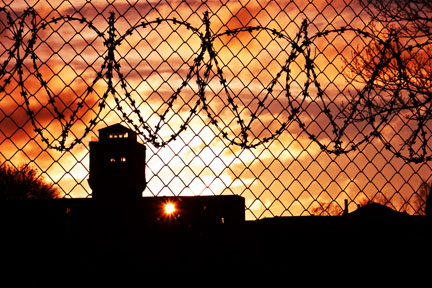 Declaring that today’s racially disproportionate rates of incarceration represent "a New Jim Crow," scholar Michelle Alexander has argued that "We have not ended racial caste in America; we have merely redesigned it." Historians should have something important to say about such matters, and the histories of region, geography, and space play crucial roles in this reconsideration.  The Clements Center's annual symposium explores Professor Alexander’s assertion by considering the historic role of the American Southwest and its borderlands in shaping what many historians now call the "carceral state."

Building on the innovative fall 2011 symposium held at the University of Colorado, Boulder’s Center of the American West, the spring 2012 symposium offered a different platform than the academic seminars of years past.

Constructing Region: Gender and Southern Roots of the Carceral State

The Age of Mass Incarceration in the Sunbelt

Co-organizers of the conference and co-editors of the volume:

Robert T. Chase, Assistant Professor of History, City University of New York-Stonybrook.  In 2008-2009, he was a research fellow at the Clements Center for Southwest Studies at SMU.

Norwood Andrews, Assistant Professor History, University of Texas-Pan American.  He spent the academic year 2009-2010 as the Summerlee Foundation Fellow for the Study of Texas History at the Clements Center for Southwest Studies at SMU.