Laying Down the Law: Critical Legal Histories of the North American West 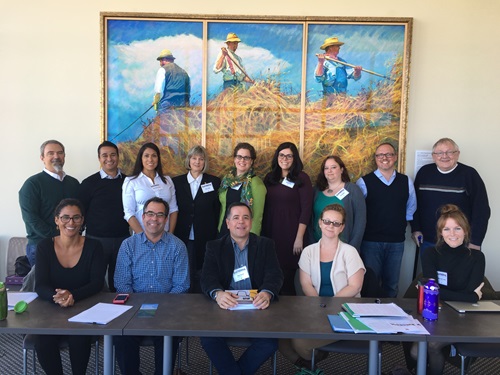 A Joint Symposium Sponsored by the William P. Clements Center for Southwest Studies at SMU and the University of Nebraska Lincoln’s History Department and Center for Great Plains Studies

Published in 2018 by the University Press of Kansas, Beyond the Borders of the Law: Criticial Legal Histories of the North American West, Katrina Jagodinsky and Pablo Mitchell, eds.

"Laying Down the Law" explored how competing legal regimes—regional, national, and international—affects the way denizens of the West are often forced to negotiate thickets of legal ambiguities and contradictions in securing their rights and in some cases their lives

Legal borderlands include spaces in the Americas crisscrossed by political and racial/ethnic boundaries. Other legal borderlands are international boundaries like El Paso, Texas and Juarez, Chihuahua; or bordertowns on the margins of Indian reservations like Whiteclay, Nebraska and Pine Ridge, South Dakota. In addition to physical spaces, legal borderlands also include philosophical spaces where the legal code is ambiguous or contradictory—for instance, in laws that invite one group of immigrants to the Caribbean and enslave another group of migrants. Similarly contradictory legal borderlands include statutory support of violence initiated as self-defense, equal access to marriage without equal protection against discrimination for homosexuals, or conflicting executive and legislative mandates on Nebraska’s death penalty.

The group held private workshops and later a public event, the Carroll R. Pauley Symposium, at the University of Nebraska-Lincoln on October 6 and 7, 2016. Evelyn Hu-DeHart of Brown University served as the keynote speaker on the evening of October 6th.  The group reconvened in Dallas at SMU in February for another round of workshops and manuscript revisions.