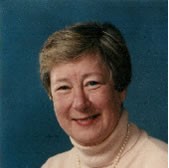 Sylvia Hoffert is the lead researcher and interviewer on the Collective Memory Project "The First Lady and the East Wing." She holds a PhD. in American history from Indiana University-Bloomington. In 2005 she left her position as Professor of History and Women’s Studies at the University of North Carolina at Chapel Hill to teach at Texas A&M University.

She is the author of five books on women and gender in the United States including:

Her most recent book is Alva Vanderbilt Belmont: Unlikely Champion of Women’s Rights, a biography of a women’s rights activist who funded the activities of the National Woman’s Party between 1909 and her death in 1933. She has published articles in numerous major journals, including the Journal of Women’s History, Labor: Studies in Working-Class History of the Americas, Western Historical Quarterly, and American Quarterly.

Professor Hoffert retired from university teaching in 2011 and moved back to Chapel Hill. She is currently teaching at the Duke Lifelong Learning Institute and writing a historical novel set in antebellum North Carolina.