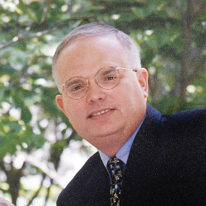 Hervey Priddy joined the CPH in Spring 2015 as a Fellow. Previously, he earned his PhD in American History in May 2013 from The University of Texas at Austin. For his dissertation, he wrote on the “United States Synthetic Fuels Corporation: Its Rise and Demise.” The Corporation was created with the enactment of President Carter’s Energy Security Act of 1980.

Prior to earning his doctorate, he received his MA in History from SMU and a BBA and MBA from The University of Texas at Austin. After earning his MBA in 1975, Hervey worked in New York City for an investment banking firm from 1975-1980. At the end of 1980, he moved to Washington, DC to become one of the early hires for the Synthetic Fuels Corporation. In 1982, Hervey returned to Dallas to work in the energy industry. In 1994, he decided to return to school to pursue advanced degrees in American History. His particular areas of historical interest are political, presidential, and energy. He is currently working on converting his dissertation into a book.