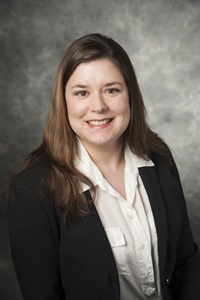 Professor Barreiro's research is in mathematical modeling, analysis and simulation of neural networks. She is particularly interested in how network architecture and dynamics combine to produce correlated activity (or synchrony) in neural "microcircuits", and in the resulting consequences for computation. Such microcircuits form the building blocks of biological neural circuits, and thus the operation of the nervous system. The ultimate goal of this work is to give insight into the fundamental architecture of how the brain works, and it has the potential to address models of diseases that manifest as excessive synchrony, such as Parkinson's disease. Some of the tools she uses for this work are dynamical systems, probability and stochastic processes, information theory, perturbation methods and numerical simulations. She also works on models of neural integrators, which allow the brain to store evidence and memories, on numerical methods for neural population dynamics, and on analytical and computational modeling in geophysical fluid dynamics.

Professor Barreiro collaborates with both mathematicians and experimental neuro-scientists at the University of Washington and other institutions. Her work has appeared in journals such as Physical Review E, Journal of Computational Neuroscience, and the Proceedings of the Royal Society of London A.