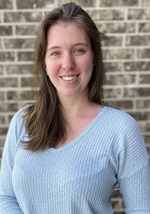 Thesis Title: Forgotten: A Study of the Long-Term Economic Ramifications Suffered by Survivors of Violence Against Females Sustained During State-Terror such as Genocide

I am originally from Copenhagen, Denmark, and spent most of my childhood there before moving to the United States in 2008. Being from Copenhagen, Denmark, I never thought I would obtain this high of an American degree, and particularly not with the stellar grades that I did, which just goes to show that perseverance and dedication can take you far. I attended the University of North Carolina at Charlotte for my Bachelor’s degree which I graduated Summa Cum Laude in May of 2018. Upon obtaining that degree, I moved to Dallas to pursue my Master’s degree at Southern Methodist University which I am on-track to graduate with a 4.0 GPA. I have obtained my Master of Liberal Studies with a concentration in Global Studies focusing mainly on counterterrorism and human rights. Recently I have been invited to join the AGLSP Honor Society for my outstanding achievements within my degree. Outside of my academic achievements, I have been fortunate to travel a lot in Europe as well as within the United States, and love seeing and experiencing new cultures, which I hope to continue to do post-Graduation.

My immediate plans revolve around preparing my thesis work for publication, which I was encouraged to do. The career dream is working in national security and I am working hard to put all the pieces in place for this to become reality. Another career track I am considering is threat analysis for law enforcement, government, or private business. 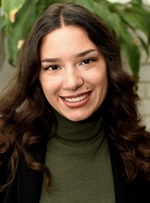 Thesis Title: The Missing Voices that Built a Revolution: Deconstructing the Absence of Black Women from the Dominant Narrative of the Civil Rights Movement

Despite being a Dallas native, I had often overlooked SMU as an option when it came to my studies. That quickly changed once I discovered the MLS program, particularly the Human Rights and Social Justice concentration. Over these past two years, I have grown not only as an academic but as a person overall, all while being able to focus on the issues I hold closest to my heart.

As far as looking to what the future holds, my first order of business is making revisions to my thesis in preparation for publication towards the end of this summer. I also plan on pursuing a teaching position and, eventually, a PhD— but considering that I simply cannot seem to stay away from school for too long, that “eventually” is likely very soon.

The MLS program has been a wonderful part of my continuing academic journey. I will forever be grateful for it and those who make it possible. Pony up! 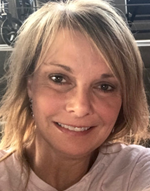 Kristin’s Capstone project was entitled “The Mural”. It was a yearlong project of designing, producing, and overseeing the installation of a mural painting for The Edge Theater in Chicago, Illinois. Her accompanying paper detailed the project, and how the workings of the mural mirrored the workings in her personal life.

She works out of her private studio at The Goldmark Cultural Center. Kristin has been featured in numerous group shows, as well as several solo exhibits. She is also a finalist in several current art competitions, including an artist residency in France, which have been put on hold due to the Corona virus Pandemic. Meanwhile, Kristin continues to paint and create, and to share her love of art with others. 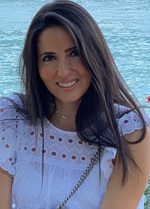 Capstone Title: The Art of Learning a New Language Bilingualism: Unwrapping the Myths

With dual degrees, French and English literature, the MLS program was the perfect continuation of my educational journey. My big passion for languages, the experience obtained while teaching abroad, and the flexibility of the MLS program were the inspiration for my paper. My capstone project is an attempt to navigate the world of bilingualism, while discussing its fundamental concepts and its effects on the brain. As It broadens our perspectives, bilingualism deepens our understanding and appreciation for the rich and complex world we live in. 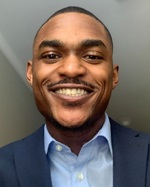 Capstone Title: The Involvement of Emotional Intelligence in Sports

A native of Dallas, Texas where I was born and raised in Oak Cliff. I am the youngest of seven and the third to graduate from SMU. I received my undergraduate degree in Mass Communication from Prairie View A & M University along with three of my other siblings. I am now receiving my Masters in Liberal Studies with a concentration in Media, Technology, and Communications from SMU! I plan to pursue a career in Public Relations/Communications within the field of Media, Athletics, and/or Technology! 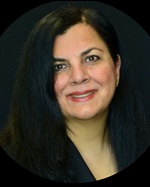 My passion for providing educational access and job skills training for marginalized communities and especially women stems from my own experiences growing up in Khyber Pakhtunkhwa, Pakistan where I witnessed firsthand the challenges that women and girls face when pursuing their rights. I have worked to shape my career, volunteer and academic goals around these issues. Before moving to the United States, I managed an interior design and clothing firm where I not only learned the dynamics of leading a diverse team, but also worked hard to practice active-listening and respect cultural sensitivities while creating a culture of trust and inclusivity. Aside from my professional endeavors, I pursued my passion for volunteering usually in the form of welfare projects run by my family such as providing skills-based training to women and providing educational access to their children. In Pakistan, I attended the University of Peshawar and graduated with a degree in Political Science. In Dallas, I pursued a Master of Liberal Studies degree with a concentration in Communication, Media and Technology and Humanities from Southern Methodist University. Graduating was a huge achievement for me, and I was able to do so thanks to the care and attention provided by my professors. In the future I plan to work for an education sector, international or local organization where I can advocate for the rights of women and girls so they can play an active role in defining their own futures. 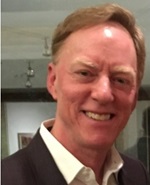 Regan Smith is CEO of MLink Technologies, a corporate on-line learning design and media firm. Regan’s SMU MLS degree in Humanities is his 3rd graduate degree; he earned an SMU MBA in 1991 and a Yale Master’s in Music (Piano Performance) in 1981. Married, father, and grandfather and a lifelong learner with diverse interests and pursuits, Regan was born and raised in Southern California. What’s next? I simply step forward. Quoting Whitman, "Afoot and light-hearted I take to the open road; Healthy, free, the world before me; The long brown path before me leading wherever I choose." 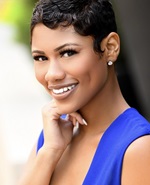 Capstone Title: Examining the Barriers of Black Women in Leadership in Corporate America

Chelsie is a native of Washington, D.C. and moved to Dallas to purse her MLS in Human Rights and Social Justice. Chelsie currently works as a Human Resources Business Partner for Infosys Limited Technologies and plans to continue working in HR and assisting corporations with their diversity and inclusion initiatives. She attended University of Missouri where she ran on the track and field team and received her Bachelor of Arts in Mass Media Communication 2015. Chelsie has a passion for Media and Human rights and plans to use her degree as well as her social platform to help other young women achieve their greatest potential by breaking barriers and achieving leadership positions. 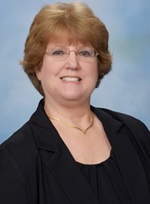 I served in the United States Air Force, working on my undergraduate degree in Business Administration. I spent sixteen years at MCI Telecommunications eventually becoming a project manager after finishing my Business Administration degree. I left MCI to work with animals and volunteer with The Dallas Zoo and Frisco Humane Society. I worked with several veterinarians over a few years before opening my own business, Forty Paws Pet Sitting. Pursuing my Masters in Humanities, with an emphasis on Human Rights and Social Justice, enticed me to pursue Rockwall County Commissioner 3 in this year’s General Election. I would have never had the wherewithal to pursue a political career until I was engaged with the great professors and enlightening students in the Masters of Liberal Studies program at Southern Methodist University. 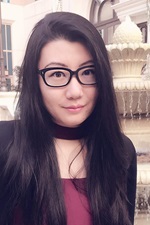 Cindy’s work focuses on bridging the cultural and transactional divide between the US and China in business development, marketing, and capital investments. She worked at the world’s premier financial and investment firms prior to joining SMU’s MLS program. As one of the youngest members on the team, Cindy assisted high net-worth clients with their commercial and wealth management needs. While she was an undergraduate student, Cindy provided cross-cultural business development and marketing consulting services to high net-worth individuals and corporations with multimillion dollar cross-border transactions between the United States and China.

Previously, Cindy was a concert pianist who debuted at the Palace of Fontainebleau when she was 11 years old. Over the years, her performances have taken her all over Asia, Europe, and the United States. Before the age of 18, she won national and international piano competitions and was trained by numerous world-class concert pianists, including Jose Feghali, the 1985 Van Cliburn International Piano Competition winner, and Xu Zhong, the most internationally famous Chinese pianist and conductor. The U.S. Department of Education recognized Cindy as a Presidential Education Award winner in 2008 (signed by President George W. Bush).

With a strong passion for writing, public speaking, and learning languages, Cindy is deeply concerned about global relations and issues of humanity. In 2011, Cindy represented her University at the National Model United Nations conference, winning the “Best Position Paper Award”. Only four out of the more than one hundred delegations around the globe received this highly prestigious award. Over the years, she has given multiple guest lectures on international humanitarian issues and refugee issues at several Universities in Texas. She is fluent in English and Mandarin and maintains various levels of fluency in several other languages.

Cindy joined the MLS program at SMU because she was interested in the varied curriculums and the interdisciplinary nature of the program. It has given her invaluable learning and knowledge. With an eye toward the future, Cindy intends to pursue a career in international law, and hopes that her voice and skill sets can add value to people’s lives and help make this world a more understanding, inclusive and unified place for better humanity.