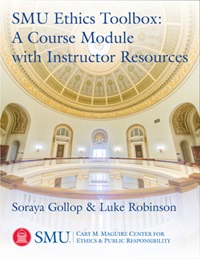 Moral choices confront us everywhere. As you see a homeless person asking for help at a traffic light, while you sit in your car waiting for it to change. When an email arrives in your inbox asking you to sign a petition, support a political campaign, or forward a potentially offensive joke. As you speak to your boss, who asks what you think of some co-worker or client. When you observe some wrongdoing by another in the workplace or at school. At the grocery store as you choose which meat or fish to buy (or decide whether or not you should eat animal products at all). When your friend asks you “Do I look good in this?

The centrality of morality to all aspects of life is highlighted by the fact that any time we interact, directly or indirectly, with another (be it a person or an animal), we make moral choices. Many of these choices are unconscious, reflexive, or driven by habit; but they are no less moral for that. A life becomes more aware, more "examined" as we consciously and conscientiously engage with these choices. Bringing these choices into the open and consciously questioning and examining them makes us better professionals, better citizens, better people.

Teaching the tools of ethics—those principles, methods, theories, and codes that constitute the ethical analysis of a case—is a crucial part of educating those who will be future leaders, citizens and “world changers”. This is particularly important in the workplace. The most recent National Business Ethics Survey (2011), shows an alarming trend in ethics in the workplace. In 2011, 45% of US workers observed misconduct in the workplace. Of these 62 million Americans, 65% of them reported the misconduct. These measures both reflect improvement over the previous survey in 2009. However, 22% of those who reported misconduct suffered some kind of retaliation, a 7% increase over 2 years ago. 13% of employees perceived pressure to compromise standards in order to do their jobs, a 5% increase over the level in the 2009 survey. All of our students are entering a world in which they will constantly confront moral choices. The share of companies with a weak ethics culture is at 42%, very close to the all-time high. All of these indicators highlight the importance of ethics education, both in general and within the professions.

The aim of this toolkit is to give you the resources and a roadmap to thoughtfully and comprehensively integrate an ethics component into your course.

Soraya Gollop is an Assistant Professor of Philosophy at Southern Methodist University, who teaches and researches in the areas of Ethics, Applied Ethics, Rational Choice and Moral Psychology. She earned her Ph.D. in Philosophy from the University of Michigan, Ann Arbor, in 2007. One of her central interests is in using training in ethics, critical thinking and decision making to help make people better human beings: better individuals, better citizens, better friends, better professionals, and better employees. In addition to teaching at SMU, she also teaches sessions in Clinical Ethics in the Family Medicine Residency at UT Southwestern Medical Center at Dallas, and has experience in other types of training in ethics and critical thinking outside of the academy. Dr. Gollop is available for Ethics training and consulting and can be found at www.sorayagollop.com.

Professor Luke Robinson earned a B.A. in history from Auburn University (1992), a J.D. from the University of Pennsylvania Law School (1996), and a Ph.D. in philosophy from the University of California, San Diego (2005). Before entering academia, he was an associate at Drinker, Biddle & Reath, a prominent national law firm. Professor Robinson joined the SMU Philosophy Department in 2006. His research focuses on foundational questions in ethics about the nature and grounds of morality and moral obligation. His approach to these questions combines systematic treatments of substantive moral views with equally systematic treatments of the metaphysical commitments and foundations of those views. His papers appear in Oxford Studies in Normative Ethics and leading journals such as Mind and Noûs, and he has contributed entries to the International Encyclopedia of Ethics and the Cambridge Dictionary of Philosophy.