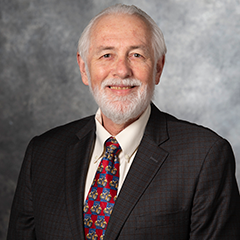 In 2014 Richard was awarded the NARST Distinguished Career in Research Award. In 2007 he received the ‘Distinguished Alumnus of the Year College of Education’ award from the University of Maryland Alumni Association where he completed his BS in Earth Science Education and Ph.D. in Science Education.

He served for 10 years as the editor Science Education, an international journal of research and scholarship and was editor of the Teachers College Press book series “Ways of Knowing in Science”. His involvement in informal science education has included being Co-PI of the NSF Center for Informal Learning and Schools, serving on the advisory boards of the NJ Liberty Science Center and the Cumberland Science Center, Nashville, TN and as curator for science exhibits at the Children’s Museum of Houston. 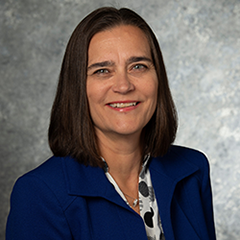 DeeDee Conway serves as the Associate Dean of Operations at the Lyle School of Engineering at Southern Methodist University and Research Assistant Professor in the Caruth Institute for Engineering Education. Her research focuses on higher education organizational theory and administrative structures as well as faculty development and preparation.

Prior to joining the Dean’s Office, DeeDee worked in accounting in both University and Corporate settings. DeeDee holds a BBA from American Public University, a Master’s Degree in Educational Leadership and Ed.D. in Higher Education from Southern Methodist University. A notary public in the State of Texas, DeeDee also holds memberships in the American Society for Engineering Education (ASEE), the Association for the Study of Higher Education (ASHE), the American Educational Research Association (AERA), and the National Association of College and University Business Officers (NACUBO. In addition to these memberships, she currently serves as a conference reviewer for ASHE, ASEE, AERA, and NACUBO. 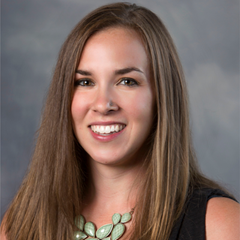 Due to her continued interest in research and higher education, Dr. Rola successfully completed a Doctorate in Education Policy & Leadership at SMU in 2018. Her research interests include factors that contribute to and facilitate student success. Specifically, she is interested in improving equity and inclusion on university campuses, as well as supporting student well-being through curricular interventions. Her most recent research has explored social justice outcomes following participation in an undergraduate diversity course, and her additional research interests include the impact that rigorous STEM coursework has on student wellness, how to integrate diversity and inclusion content into STEM coursework, creating a more inclusive environment for female faculty in the sciences, and promoting equity and access for underrepresented populations in higher education. 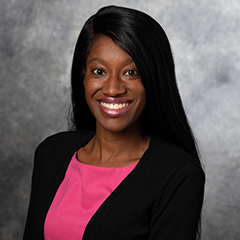 Alisha Bailey is joining the Caruth Institute for Engineering Education team at SMU Lyle School of Engineering after working for the government in the environmental health field as an Environmental Compliance Specialist for several years in Atlanta, GA. Specifically, she worked in public drinking water compliance and regulations, regularly leading audits and inspections.

Alisha has a B.S. in Chemistry from Spelman College and holds a M.S. in Environmental Sciences from Alabama A&M University. Through her master’s program, her knowledge and focuses were fisheries, aquaponics, and water management research and by studying abroad in Nanjing, China, she gained skills in GIS. Alisha has presented her research at various nationally and locally recognized conferences.

Previously, Alisha served as a middle school mathematics teacher in Houston, TX. As a teacher, she collaborated across grade levels with other STEM teachers in curriculum instruction, modification, and adjustment. She designed and implemented lesson plans and visual supports to reach all student learners. Alisha has many years of experience working with K-12 students, teachers, and staff in Houston, TX; Huntsville, AL, and metro Atlanta areas. 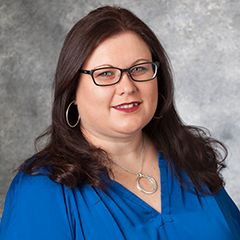 Kristine R. Reiley joined the SMU Lyle School of Engineering staff at Southern Methodist University (SMU) in March 2009 as an administrative contractor to assist with the operations of the Caruth Institute for Engineering Education (CIEE). In January 2010 she became an official SMU staff member of the Caruth Institute as a Program Specialist for the Executive Director. From January 2010 through December 2017 Kristine served as the Coordinator for the CIEE. Kristine is now the Program Specialist for K-12 Outreach and Summer Camps for the Caruth Institute for Engineering Education, the Assistant Director of TEDxSMU and the Executive Director of the Dallas Regional Science and Engineering Fair.

Prior to joining the CIEE, Kristine was a first grade teacher at First Baptist Academy (FBA) in Universal City, Texas for eight years. She was the first grade department chair from December 2002 to May 2009. While at FBA, Kristine was also appointed to the Extended Learning Services (ELS) department, which offered before school activities for the elementary students. She was the team leader for the summer activities program at FBA as well.

In addition to her faculty duties at FBA, Kristine administered entrance exams for new incoming elementary students. She developed and coordinated an elective reading program called Reading Plus for students who had difficulties in language arts. In her earlier days at FBA, Kristine served as the Head Coach for the FBA Boys Junior High Team from August 2001 to May 2004.

Kristine graduated from Sul Ross State University in Uvalde in 2000, with her B.A. in Education with an additional emphasis in English. In addition to being an avid sports fan, Kristine spends her free time with her dog and volunteering with her church, the Cary HOSTS program at Edward Cary Middle School, and the Presbyterian Children’s Home and Services. 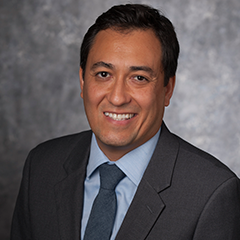 Alain Mota is the STEM Development and Implementation Coordinator at RME and a Program Manager at the Caruth Institute for Engineering Education. In this role, he works across schools supporting the research and implementation goals of several projects at the unit and the institute. As a coach he supports campus leaders and science teachers in the delivery of classroom lessons that focus on the integration of STEM and active learning techniques through individualized coaching, co-planning, facilitating and co-facilitating Professional Learning Communities, and actionable feedback after classroom observations. One of the coaching roles is part of the STEM Academy for Science Teachers & Leaders initiative that is intended to increase student achievement in science, student interest in STEM careers, and students' persistence in STEM coursework by supporting teachers' professional knowledge, skills, and campus administrators' instructional leadership skills. Through coaching he has also supported teachers implementing intensive intervention of Algebra readiness through Project STAIR: Supporting Teaching of Algebra Individual Readiness in middle school. His collaboration on the project has allowed him to contribute to a multi-University effort to increase teacher efficacy support of students. Alain has also supported projects through his experience with design thinking. He has collaborated in the conception and facilitation of workshops aiming to understand the usability of assessment prototypes in the MMaRS project: Measuring Early Mathematical Reasoning Skills.

As part of his goals to contribute across the University Alain also supports Engineering and Science undergraduate students as they serve as camp counselors in his work at the Caruth Institute for Engineering Education. He directly manages the deployment of STEM integrated activities that surface Engineering to Middle and High School students in the Dallas area in an informal learning environment through the Hamon Engineering camps. He is also engaged in outreach programs that are seeking to serve underrepresented populations in Engineering. In his program manager role at the Institute, he contributes in fostering relationships and developing STEM activities for Voices of Hope and Jubilee Park. He is also part of the Maker Education project as his previous experiences developing teachers at the STEM academy leveraged the SMU Maker Truck as part of the training and outreach, one of the major goals to make Engineering accessible for the institute.

Before joining the University, Alain worked at the Dallas Independent School District as both a mathematics and science instructional coach for elementary and middle schools. He served as the inaugural STEM department head for the Barack Obama Male Leadership Academy and was a science campus coordinator for Henry B. Gonzalez Elementary. Prior to becoming an Educator Alain worked in Environmental consulting. In this space his experiences ranged from aquaculture management and research for an aquatic toxicology firm to doing statistical analysis for the nutrient criteria standards at the Texas Commission of Environmental Quality. Alain has a Master of Science in Interdisciplinary Environmental Studies with a focus on Environmental Engineering, Geophysics and Public Health. His research doing microbial risk assessment of import products from Mexico is published on the Journal of Food Safety. He is currently enrolled in the Master of Arts in Design and Innovation at Lyle.