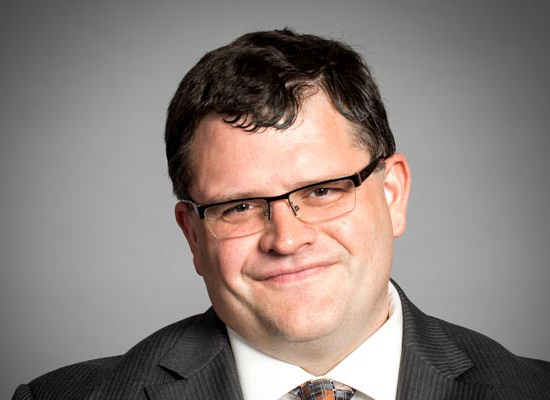 "The true genius of the Angevin legal reforms was their resilience in the face of the worst enemy of the rule of law: powerful men who do not understand the limits of their power."

Joshua Tate's research and teaching focus on legal history, property, and trusts and estates. He has been a full-time faculty member at SMU Dedman School of Law since the fall of 2005, and was a visiting assistant professor at the University of Pennsylvania Law School in the spring of 2008. In the fall of 2012, he was a Lloyd M. Robbins Senior Research Fellow at the University of California at Berkeley. He is an Academic Fellow of the American College of Trust and Estate Counsel, serves the Selden Society as a member of the Council and as the Honorary Treasurer for the U.S.A., and is a past chair of the Uniform Acts Committee for the ABA Real Property, Trust and Estate Law Section and the Sutherland Prize Committee for the American Society for Legal History. He has given invited presentations at numerous academic conferences, colloquia, and workshops both in the United States and abroad. From 2013 to 2015, he gave a series of more than sixty lectures in North and South America, Africa, Asia, and Europe in commemoration of the 800th anniversary of Magna Carta. He is currently finishing a study of the development of property rights and remedies in medieval England, focusing on issues of jurisdictional conflict with regard to rights of presentation to churches. He is admitted to practice in Texas and Connecticut.

POWER AND JUSTICE IN MEDIEVAL ENGLAND: THE LAW OF PATRONAGE AND THE ROYAL COURTS (Yale University Press, forthcoming 2022)

A TEXAS COMPANION FOR THE COURSE IN WILLS, TRUSTS, AND ESTATES (Aspen Publishers, biennial editions 2011-present)

Justice, in A CULTURAL HISTORY OF LAW IN THE MEDIEVAL AGE, at 11 (Emanuele Conte & Laurent Mayali eds., 2019)

Royal Privilege and Episcopal Rights in the Later Thirteenth Century: The Case of the Ashbourne Advowson, 1270-1289, in LAW AND SOCIETY IN LATER MEDIEVAL ENGLAND AND IRELAND: ESSAYS IN HONOUR OF PAUL BRAND, at 97 (Travis R. Baker ed., 2017)

Glanvill and the Development of the English Advowson Writs, in TEXTS AND CONTEXT IN LEGAL HISTORY: ESSAYS IN HONOR OF CHARLES DONAHUE, at 129 (Sara McDougall, Anna di Robilant & John Witte, Jr., eds., 2016)

Episcopal Power and Royal Jurisdiction in Angevin England, in STUDIES IN CANON LAW AND COMMON LAW IN HONOR OF R.H. HELMHOLZ, at 15 (Troy L. Harris ed., 2015)

Competing Institutions and Dispute Settlement in Medieval England, in LAW AND DISPUTING IN THE MIDDLE AGES: PROCEEDINGS OF THE NINTH CARLSBERG ACADEMY CONFERENCE ON MEDIEVAL LEGAL HISTORY 2012, at 235 (Per Andersen et al. eds., 2013)

Magna Carta and the Future of Liberty, Taiwan, and the World
American Club, Taipei (June 2015)

Perpetuities and the Genius of a Free State
Symposium on the Role of Federal Law in Private
Wealth Transfer (sponsored by the ACTEC
Foundation and the Vanderbilt Law Review)
Nashville, TN (February 2014)