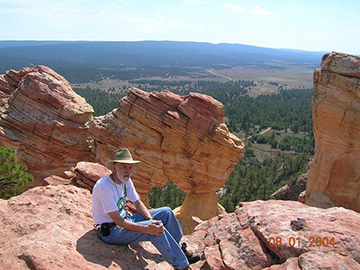 In honor and memory of the work of the late David J. Weber, the Clements Center is pleased to announce a new book series in collaboration with the University of North Carolina Press which explores boundaries and borderlands.  The series focuses on contested boundaries and the intercultural dynamics surrounding them, from the pre-contact era to the present, and includes projects across a wide range of time and space, within North America and beyond, including the Atlantic and Pacific world. Books in the series use innovative methods and concepts to examine, analyze, and interpret both sets of North American border regions as well as other areas connected to processes of making, crossing, and breaking borders worldwide.  The Center subvents the publication of all series volumes. For more about the series and the partnership between the Clements Center and UNC Press, please click here.

In order of publication, volumes published or under contract:

Michel Hogue, Metis and the Medicine Line: Creating a Border and Dividing a People (2015) Winner of the Stubbendieck Great Plains Distinguished Book Prize and the Clio Prize

John Weber, From South Texas to the Nation: The Exploitation of Mexican Labor in the Twentieth Century (2015) Finalist for the David J. Weber Prize

Julie M. Weise, Corazón de Dixie: Mexicanos in the U.S. South since 1910 (2015) Winner of the Merle Curti Award and the CLR James Award

Julian Lim, Porous Borders: Multiracial Migrations and the Law in the U.S.-Mexico Borderlands (2017) Winner of the Association for Asian American Studies Award and the David J. Weber Prize

Gina M. Martino, Women at War in the Borderlands of the Early American Northeast (2018)

Jeffrey Alan Erbig, Jr., Where Caciques and Mapmakers Met: Border-making in Eighteenth-century South America (2020) Finalist for the Spur Awards from the Western Writers of America

Kevin Waite, West of Slavery: The Southern Dream of a Transcontinental Empire (2021) Winner of the Wiley-Silver Prize from the Center for Civil War Research, and finalist for both the Gilder Lehrman Lincoln Prize and the Paul E. Lovejoy Prize

Andrew Torget and Gerardo Gurza-Lavalle, eds., These Ragged Edges: Histories of Violence At the U.S.-Mexico Border (2022)

Kyle Harvey, “In Place of Mobility: Migrants, Rebels, and Engineers in a Nineteenth-Century Argentine-Chilean Borderland” (forthcoming)