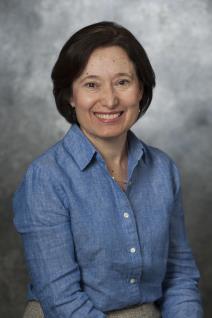 Dr. Olga Colbert, Associate Professor of Spanish, is a faculty member of SMU’s Department of World Languages and Literatures. A native of Madrid, she received her Ph.D. in Spanish Literature from Stanford University. Dr. Colbert has been teaching at SMU since 1999. Dr. Colbert is the director of SMU-in-Madrid.