Note to editors: a high-resolution photograph of the Rev. Glaze Lyle is available here.

DALLAS (SMU) The Perkins School of Theology Alumni/ae Council has selected Rev. Katherine Glaze Lyle as the 2019 Perkins Distinguished Alumnus/a Award recipient. The award recognizes Perkins graduates who have demonstrated effectiveness and integrity in service to the church, continuing support for the goals of Perkins and Southern Methodist University, outstanding service to the community, and exemplary character. 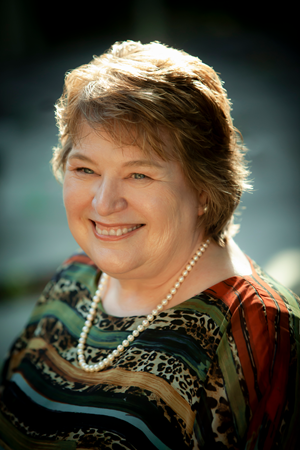 “Katherine’s extensive ties to the North Texas Conference of the United Methodist Church and to numerous non-profits in the Dallas area have made her a valuable ally of Perkins,” Craig C. Hill, Dean of Perkins School of Theology. “She has been a sounding board for every Perkins dean since her graduation in 1993.”

Lyle received two degrees in history from SMU – a B.A. in 1971 and an M.A. in 1973 – then earned an M. Div. from Perkins in 1993.  She served five full-time appointments in the North Texas Conference of the United Methodist Church. At three of her appointments – St. Marks UMC in Mesquite, First UMC in DeSoto, and First UMC, Rowlett – she was the first woman to serve as senior pastor.  After retirement, Lyle served as interim pastor at four churches.  “Her work as an interim pastor since her retirement has been a lifeline to the congregations to which she was sent,” said John Thornburg in a letter nominating Lyle.   Of the four, he said, several were in transition and her pastoral leadership was instrumental in their healing process.

“Each of churches received the hope-filled, healing touch they needed after a difficult season.”

“Her ability to leverage her work in one organization to benefit another may be the place in which Katherine’s leadership shines the brightest,” said Thornburg, who is vice president for area representatives for TMF.

Rev. Debra Hobbs Mason, a Perkins classmate of Lyle’s, added, “Katherine is one of the wisest, smartest, most thoughtful persons I know. Her faith and commitment to bringing about God’s kingdom on earth as it is in heaven is evident all the ways she leads and loves.”

Criteria for the Distinguished Alumnus/a Award include demonstrated effectiveness and integrity in service to the church; continuing support and involvement in the goals of Perkins School of Theology and Southern Methodist University; demonstrated service in the wider community; exemplary character; alumnus/a of Perkins School of Theology, including Course of Study School.

Lyle will be honored at the 2019 Distinguished Alumni Award Banquet on Tuesday, November 12 from 6 to 8 p.m. in the Great Hall of Elizabeth Perkins Prothro Hall on the campus of Southern Methodist University.  Tickets are available online at $50 per person or $400 for tables of eight.  Purchase tickets here.