Perkins Dean to Deliver Week of Prayer for Christian Unity Sermon on Jan. 21, 2016 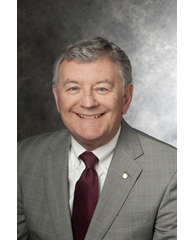 DALLAS (SMU) – Perkins School of Theology Dean William B. Lawrence will be the guest preacher during a special worship service scheduled for 7 p.m. Thursday, Jan. 21, at University Park United Methodist Church (4024 Caruth Blvd., Dallas, TX 75225) commemorating the 2016 Week of Prayer for Christian Unity.
The “Ecumenical Celebration of the Word of God” is part of the annual eight-day observance (Jan. 18-25), sponsored by the World Council of Churches, that encompasses Christian congregations and parishes across the globe. The North Texas Conference of the United Methodist Church is hosting the local service, which also will include liturgical leadership representing several Christian faith communions and music from the University Park UMC Chancel Choir. The service is open to all and will be followed by a time of fellowship and refreshment.

“But you are a chosen race, a royal priesthood, a holy nation, God’s own people. In order that you may proclaim the mighty acts of him who called you out of darkness into his marvelous light. Once you were not a people, but now you are God’s people; once you had not received mercy, but now you have received mercy.”