Housed in the Hunt Institute at Lyle, the James Pratt Collection is a reference library that features rare books, manuscripts, and personal files from Pratt’s career as a visionary architect in Dallas. It includes hundreds of volumes on topics such as urban design, architectural history, landscape architecture, local building projects and design theory.

Pratt graciously donated the library from his internationally-recognized firm Pratt, Box, and Henderson, as well as volumes from his personal collection. A multitude of hard-to-find, out-of-print publications arrived with this gift.

James Pratt’s local and international influence deserves proper recognition, which is why the James Pratt Collection was assembled, serving as a humble tribute to his incredible life and career. From Rome to Tokyo, Athens to Dallas, the James Pratt Collection crosses national boundaries and covers the globe to inspire the next generation of urbanists, architects, artists and humanitarians. The Hunt Institute believes this collection serves not only as a stirring tribute to one of the preeminent influencers of modern Dallas but also represents a significant new resource for engineering students interested in pursuing careers in humanitarian-related fields.

Anyone interested in urbanism, architecture, art or humanitarian issues is invited to visit the Hunt Institute to explore the James Pratt Collection. This is a functioning reference library, so books and materials cannot be removed from the Hunt Institute. SMU students are, however, always welcome to pull a book from the shelf and conduct research during regular business hours.

The James Pratt Collection on Urbanism, Architecture, Art & Humanity includes over 900 books, some rare and significant first editions, architecture-related magazines and monographs, and a diverse group of other publications. It holds a combination of materials from the architectural firm of Pratt, Box, and Henderson, as well as personal archives of J. Harold Box and James Pratt in civic and professional organizations. These volumes span many subjects, from landscape architecture and philosophy to history and botany. While the majority is in English, a fair number are in foreign languages, including French, Italian, Finnish, and Japanese.

Small museum bulletins and architectural magazines that Pratt subscribed to over the years are also included. Some files contain business correspondences, archives, designs, and proposals from a lifetime of architectural and design practice. There are also notebooks containing schoolwork from Pratt’s days as a student at The University of Texas. Major projects addressed in these documents include Fair Park, the Trinity River Corridor, and several initiatives begun during Pratt’s years with SOS (Save Open Space). A separate section features publications specific to Dallas, including plans, proposals and studies of highway systems, ecosystems, and geographic viability for urban development.

A major section contains proceedings and reports related to Goals for Dallas, a city planning committee in the late 1960s that is directly related to the development of Dallas in the 1970s. The largest group of materials concerns the firm’s involvement with the American Institute of Architecture between the years 1964-1969. 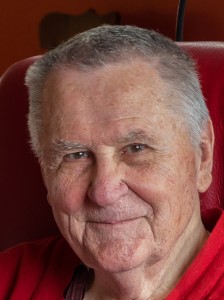 The late James Pratt was born in Stamford, Texas, on March 25, 1927. His parents, James Reece Pratt and Margaret Barret Pratt, were in the second graduating class at SMU. He graduated from Highland Park High School, served in the Navy during World War II and studied architecture as an undergraduate at the University of Texas in Austin, graduating in 1950. Pratt went on to Harvard, earning a Master of Architecture in 1953. He returned to Dallas, a city rapidly growing into the postwar automotive metropolis it would become. Pratt began a practice with another promising young architect, Hal Box, in 1957, and four years later, they were joined by Pratt’s brother-in-law, Philip Henderson.

Pratt, Box, and Henderson’s urban design work began with a “Study of Downtown Dallas” in 1957, sponsored by the American Institute of Architects (AIA), the Dallas Planning Council, and the Dallas Museum of Art. A similar study on the expansion of the state capitol government buildings was compiled two years later. The firm consulted for the State Fair of Texas for seven years. They connected Fair Park to downtown and the Dallas Convention Center. Pratt, Box, and Henderson planned trade marketplaces for Trammell Crow in Dallas, London, Taipei, and Cairo, and designed and built hotels in Vanuatu, Fiji, and Samoa. They also constructed six off-campus student housing projects for colleges in the western United States.

Pratt’s significant contributions to his firm’s portfolio and the Dallas area include Quadrangle shopping center in Uptown, Brookhaven College, Olla Podrida marketplace and St. Stephen United Methodist Church, Mesquite, Texas. He also designed the Apparel Mart, which would be used as a shooting location for the science fiction film Logan’s Run in 1976. Pratt was in charge of the conservation and restoration of the 1893 Dallas County Courthouse, the completion of the $10 million Exposition Plaza in honor of the state’s 150th birthday, the preservation of the Bryan Cabin, and led his firm in the restoration of the Federal Reserve Bank façade.

Pratt served in a variety of leadership positions in the community as well as the architectural circles in which he was tirelessly devoted to maintaining and improving. He was the founder and director of Dallas Visions for Community; president and chairman of committees for the Dallas Chapter of the American Institute of Architects (AIA); member of the board and executive committee for The Science Place; trustee of the Dallas Historical Society, Dallas Museum of Fine Arts, and the North Texas Educational Foundation (KERA); board member of the Dallas County Save Open Space Board, responsible for the purchase of land under County Bond funds; and a member of the HUD Comprehensive Housing Affordability Survey Advisory Committee. As president of the Dallas AIA Chapter in 1969, Pratt became a founder of the Urban Design Advisory Committee (UDAC), a multidisciplinary professional group advising the Dallas City Manager composed of architects, landscape architects, and city planners. Pratt remained a chairman of the UDAC for a decade.

Among other publications on various design subjects, Pratt was the co-author of The Prairie’s Yield (1962), Environmental Encounter (1979), and author of Dallas Visions for Community (1992).

Pratt was a Fellow of the American Institute of Architects and, in his lifetime, received over 30 local, state, national and international design and technical awards.

About the Hunt Institute