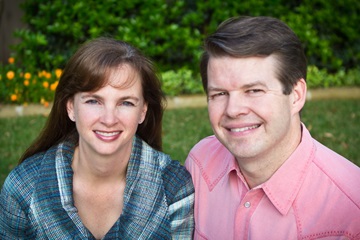 Hunter Hunt is Chairman and CEO of Hunt Consolidated Energy, Inc., the holding company for Hunt Oil Company, Hunt Refining Company and Hunt Power. Hunt Oil Company was founded in 1934 by H.L. Hunt and is one of the largest privately-owned energy companies in the world. Before joining Hunt Consolidated, Hunter worked with the investment bank Morgan Stanley from 1990 to 1998, both in corporate finance and commodity trading.

A native of Dallas, Texas, Stephanie Hunt attended the University of Texas at Austin, graduating in 1990 with a BBA in Finance. After graduation, she studied at Sotheby’s in London and subsequently worked in the Dallas office. Two years later, Stephanie joined the energy research group of the investment bank Wasserstein Perella, continuing her financial work until 1997. She then moved to Jackson Hole, Wyoming, as co-owner of The Gun Barrel Steakhouse.

In 2009, Stephanie and her husband Hunter co-founded the Hunt Institute for Engineering & Humanity within SMU’s Lyle School of Engineering. The Hunt Institute is dedicated to bringing technology-driven solutions to improve the lives of those in extreme poverty, and to developing a new generation of engineers who will apply their talents to the challenges facing the global poor. 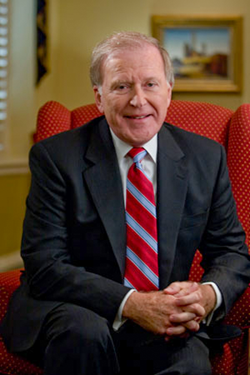 Dr. Bobby B. Lyle has excelled as an engineer, corporate executive, entrepreneur, civic leader, professor and academic administrator during his distinguished and multifaceted career. He has served as an SMU trustee for over 30 years and has been an instrumental member of the Lyle School of Engineering Executive Board since its inception. In 2008, SMU honored Lyle by officially naming the Bobby B. Lyle School of Engineering after him, in recognition of Lyle’s outstanding support of the engineering school and the University.

The founder of Lyco Energy Corporation in 1981, Lyle has been a leader in the petroleum and natural gas industry for more than 25 years, exploring throughout the United States. In 2005, he established Lyco Holdings Inc., a private investment firm. During his professional career, Lyle also has helped found a number of private companies and joint ventures, and he was instrumental in the development of the Dallas Galleria and the InterFirst Bank-Galleria.

Lyle graduated from Louisiana Tech University, received a graduate degree in Engineering Administration from SMU and earned a doctorate from the University of Massachusetts at Amherst. He served as a professor and administrator in what is now the Edwin L. Cox School of Business, ultimately serving as dean ad interim and as executive dean.

Lyle serves on the Cox School Executive Board and as a trustee of the Institute for the Study of Earth and Man in SMU’s Dedman College of Humanities and Sciences. He is the vice-chair of the Maguire Energy Institute in the Cox School and the Maguire Center for Ethics and Public Responsibility. Lyle is co-founder and current chair of the Associate Board in the Cox School and serves on the board of SMU’s Hart Global Leaders Forum. He received the SMU Distinguished Alumni Award in 1995 and in 2006 was named to the Lyle School of Engineering Hall of Leaders. Lyle was convening co-chair of the Engineering Steering Committee for The Second Century Campaign. 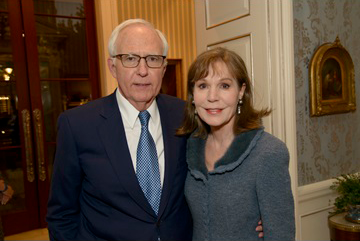 Solomon earned a bachelor’s degree in civil engineering from SMU and an MBA from Harvard. He is the recipient of numerous awards and honors, including the 2000 J. Erik Johnson Ethics Award presented by the Cary M. Maguire Center for Ethics and Public Responsibility at SMU. Solomon previously served on the SMU Board of Trustees and is a current member of the Lyle Executive Board.

Solomon is married to Gay (Ferguson) Solomon, a civic volunteer, painter and interior designer. Mrs. Solomon supports a variety of civic and religious organizations and is a member of SMU’s Perkins School of Theology Executive Board. She is an honor graduate of the University of Texas at Austin.

About the Hunt Institute