Each Inn is named in honor of a distinguished alumna, alumnus or professor who has made a measurable impact on the success of SMU Dedman School of Law. We encourage you to learn the history behind each of the prominent namesakes for the groups: 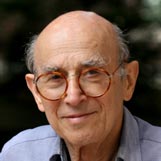 Professor Bromberg was University Distinguished Professor of Law at SMU Dedman School of Law and a nationally-known legal scholar in the fields of securities fraud and partnership law. He earned his Bachelor of Arts in Mathematics from Harvard in 1949 and his J.D. from Yale University in 1952. He was a senior fellow of the Yale Law faculty and visiting professor at Stanford Law School. In the late 1950’s, Bromberg began to teach night classes at the SMU Law School. In 1957, he became a full-time professor at the SMU Law School, and he eventually earned the status of University Distinguished Professor of Law. Bromberg sat on the editorial boards of four corporate, securities, and derivatives reviews. He drafted substantial pieces of the Texas corporate, partnership, and securities statutes. A highly-regarded scholar, Bromberg was cited in 2,494 law reviews and journals, along with 348 federal court published decisions, and 171 state court published decisions. The New York Times interviewed him several times over the years; he was quoted approximately 30 times in various articles. He died March 27, 2014. 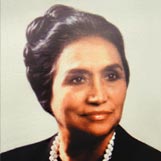 In Honor of Adelfa B. Callejo

In 1961, Adelfa Callejo became the first Hispanic woman to graduate from SMU Law School. She was 37 years old and was one of only three women to graduate from the law school that year. She had earned her bachelor’s degree at SMU as well. Her friends recalled that firms would only hire her as a legal secretary, and knowing that she wanted to practice law like the rest of her classmates, Callejo decided to start her own practice.

In 1962, after she and her husband, Bill, obtained their SMU law degrees, her career and community involvement took off at the firm of Callejo & Callejo. Throughout her career, Callejo litgated a broad spectrum of cases, including many pro bono civil rights cases. In 1982, she organized and led hundreds of demonstrators through downtown Dallas to protest alleged unlawful deportations by immigration agents in Oak Cliff. Callejo held many leadership positions in law circles including founder and President of the Mexican American Bar Association of Texas and President of the Dallas County Criminal Bar Association. In April 2013, Callejo was proud to be present for the dedication of Adelfa Botello Callejo Elementary School on Military Parkway in Pleasant Grove in Dallas. She passed away at the age of 90 on January 25, 2014. 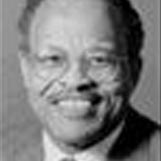 In Honor of Burton V. Jones

Burton Jones earned a Juris Doctorate degree in 1969 from SMU Law School and was one of the first African-Americans to graduate from the school. During his years at Southern Methodist University he was the Founder and CEO of The National Association to Aid Small Businessmen, a non-profit organization. Upon graduation he joined The Timken Company in Canton, Ohio as the first African-American to work in management specializing in Global Employee Labor Relations and Human Resources. Jones also established a private law practice in Massillon, Ohio, becoming Massillon’s first African-American practicing attorney while serving as the City of Massillon’s Clerk of City Council. Jones continued his education at The Columbia University School of Executive Management in Ithaca, New York. He touched the lives of many people with his smile, generosity, council and hearty laugh. He believed in giving back to the community in various capacities and was a notable community leader in numerous civic organizations and boards throughout his life. He died on January 2, 2013. 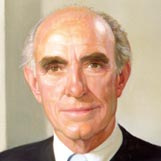 Judge James Noel was born in Pilot Point Texas in 1909. He earned three degrees from SMU – a Bachelor’s in civil engineering in 1931 and a Bachelor’s in commerce in 1932, followed by an L.L.B. from SMU Law School in 1938. After graduating law school, the Denton County native became assistant district attorney for Dallas County and later an assistant Texas attorney general. He established his own law firm in 1946 in Houston. In 1961, President Kennedy appointed him to the U.S. District Court for the Southern District of Texas in Houston. Judge Noel served in that position until 1980 and died August 29, 1997.

When Noel was in law school, he was known as “Soapy Noel.” In his campaign to be elected president of the Student Bar Association, he promised to clean up student government. He handed out bars of soap as part of his campaign, which earned him the nickname of “Soapy.”

Judge Noel married Virginia Grubbs Noel, who left practicing law at Baker and Botts to raise their five children. The Noel children, who live in Houston, are very connected to SMU. Four of the five Noel children have SMU degrees, including three from the SMU Dedman School of Law. The five children endowed the deanship of SMU’s Dedman School of Law in his name. The $4 million gift from the Noel family, combined with $1 million from the Dallas family of school namesake Robert H. Dedman, Sr., allows the law school to continue its tradition of strong leadership and provide the office of the dean with ongoing funds for special projects within the school. 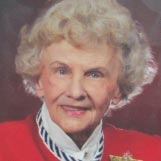 In Honor of Louise B. Raggio

Louise Raggio attended UT Austin for her bachelor’s degree and graduated summa cum laude in 1939. While raising three sons, she attended the SMU School of Law at night, earning her law degree in 1952 as the only Texas woman in her graduating class. She became the first female assistant district attorney in Dallas County, where she was also the first woman to prosecute a criminal case. She was also instrumental in pushing for the Marital Property Act of 1967, which gave Texas women the right to own property, secure a bank loan, or start a business without their husbands’ consent. She was also behind the development of the Texas Family Code, which was completed in 1979 after about 14 years of work, making Texas the first state to have a unified family code. Raggio died on January 23, 2011, at the age of 91.

The Raggio Endowed Lecture Series, established by Raggio’s friends and family, honors and celebrates her tremendous accomplishments in advancing the legal rights of women in Texas and across the country. Speakers have included Justice Ruth Bader Ginsburg in 2011 and Jill Abramson, Former New York Times Executive Editor in 2013. 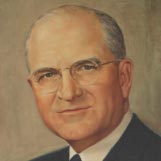 Robert Storey served in both World War I and II. In World War II, the Air Force sent Storey to London as a combat intelligence officer. He was promoted to colonel for his work with the War Crimes Commission in the Balkans and later awarded the Bronze Star and the Legion of Merit. In 1945, Storey planned to return to Dallas and to the practice of law, but U.S. Supreme Court Justice Robert Jackson had other thoughts. Justice Jackson had been appointed chief prosecutor at Nuremberg, and he wanted Storey by his side as special counsel. Storey was on the prosecution team that prosecuted Herman Goering, Rudolph Hess, and other high-ranking Nazi officials.

Storey served as dean of the law school from 1947-1959. From 1952-53, he also served as president of the American Bar Association. During that time, he created the Southwestern Legal Foundation as a means of sponsoring the development of a major legal center and served as its director until 1972. Storey passed away in 1981.