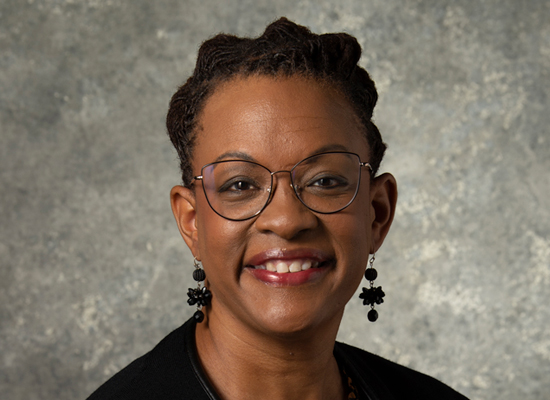 Associate Dean for Research and Professor of Law

Jessica Weaver Dixon teaches Family Law, Advanced Family Law, Professional Responsibility, and Children and the Law.  She joined the tenure track faculty in 2009 and became the first African American female to earn tenure at SMU Dedman School of Law in 2015.   She is an expert in child welfare law and public policy, and much of her scholarship focuses on theorizing methods for improvement of the legal systems and policies affecting families and children.  Her current research and scholarship focus on the exploration of a theoretical basis to support a unified legal approach to intergenerational caregiving for children and senior citizens.  She also researches and writes about the intersection of race, gender, and family law.  One of her works in progress focuses on the influence of slavery laws on the legal structure and identity of American families during the ante-bellum era, as well as how these laws impacted the development of divorce, child custody and child support laws.

Professor Weaver has been invited to present her research and articles at a number of prestigious law schools, including Yale, University of California Berkeley, Washington University, Emory, Washington and Lee, Brigham Young, and Fordham.   Her publications have covered a wide array of topics, including the overrepresentation of African-American children in the child welfare system, multigenerational living and intergenerational caregiving, psychological abuse of children, child homelessness, and ethical issues arising from the use of state promulgated forms in family courts.  Professor Weaver’s articles have been cited by top family law and feminist legal scholars as well as excerpted in law casebooks.  One of her articles entitled, "Grandma in the White House:  Legal Support for Intergenerational Caregiving," 43 Seton Hall Law Review 1 (2013)(lead article), garnered the attention of First Lady Michelle Obama, who sent her personal letter of thanks on behalf of her mother, Mrs. Marian Robinson.

Professor Weaver is an active faculty member on campus and within the legal academy. She has served as chair, chair-elect, and secretary of the Association of American Law Schools Sections on Family and Juvenile Law and Children and the Law, was co-chair of the 2015 Family Law Scholars and Teachers Conference, and was co-host of the 2018 Lutie A. Lytle Black Women Law Professor Workshop and Writing Retreat.  In 2015, she received the Faculty Appreciation Award from the SMU Women in Law organization, and the SMU Black Law Students Association honored her with an award in her name to be given to a graduating 3L who has demonstrated excellence in leadership and made significant contributions to the law school.  In 2016, she received the V. Alyce Foster Trailblazer Award Recipient from the South Dallas Business and Professional Women’s Club, Inc., and in 2017, she was selected as a Dallas Public Voices Thought Leader by the OpEd Project and The Boone Family Foundation to increase public impact of the nation’s top and most diverse thinkers.  In 2019, she was chosen to receive the Robert G. Storey Distinguished Faculty Fellowship at the law school, and she also was awarded a University wide research award, the Gerald R. Ford Senior Research Fellowship.

Professor Weaver received her B.A. from the University of Pennsylvania and her J.D. from the University of Virginia School of Law, where she served as notes development editor of the Virginia Law Review. She began her legal career in 1995 with the national firm of Littler Mendelson, and eventually began a solo practice in 1997.  She practiced in the areas of juvenile, employment and business law before coming to SMU Dedman School of Law in 2002.  Professor Weaver served as the first Director of the W.W. Caruth, Jr. Child Advocacy Clinic for seven years.  During her time as Director, the clinic received the 2006 11th Annual Equal Justice Award from Legal Aid of Northwest Texas, Inc.  In 2009, the Texas Lawyer recognized Professor Weaver as an Extraordinary Minority in Texas Law for her work as a clinic director and child advocate.

Selected Panelist
A Workshop on Theorizing the State:  The Resources of Vulnerability
Emory University School of Law
(December 6, 2014)

Mothers Tell Their Side of the Story
Television Interview
NBC Nightly News with Brian Williams
(April 16, 2008)
(available at http://www.smu.edu/flashvideo/?id=196)

Slavery and the Origins of Family Law

Father Chasing:  Ethical Duties in the Establishment of Voluntary Paternity