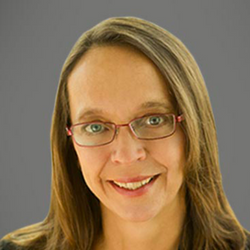 Diane M. Sumoski is the Director of the W.W. Caruth, Jr. Child Advocacy Clinic, Director of the W.W. Caruth, Jr. Institute for Children's Rights and a Clinical Professor of Law. Professor Sumoski, in her clinical course, teaches child advocacy law as well as investigative, case preparation, and trial advocacy skills. Upon graduation from law school, Professor Sumoski began her legal career at the Dallas law firm of Carrington, Coleman, Sloman & Blumenthal, L.L.P., where she became a Partner in 1993. Professor Sumoski served as Pro Bono Partner at Carrington Coleman for fifteen years and supervised associates in all family law pro bono cases at the firm. She also served on the firm’s Executive Committee for five years. She joined the faculty at SMU Dedman School of Law in 2013.

Ms. Sumoski is currently serving on the Supreme Court of Texas Permanent Judicial Commission for Children, Youth, and Families’ Training Committee.  She also serves on the Commission’s Committee tasked with developing Standards of Representation for attorneys practicing in the child welfare field.  She recently finished a term with the Exam Commission to the Texas Board of Legal Specialization in connection with the child welfare law specialization, having contributed to the development of the requirements to apply for the specialty and the preparation of the initial Exam for the specialty.  She has been listed in Best Lawyers in America since 2010. She has held numerous leadership positions in the Litigation Section of the American Bar Association, including, Director of the Section’s Public Service Division, Chair of the Expert Witnesses Committee, Chair of the Woman Advocate Committee, Chair of the Special Committee of the Future of Multidistrict Litigation, and Co-Chair for the Section’s Annual Meeting. Professor Sumoski also has served as Chair of the Host Committee for the Fifth Circuit Judicial Conference. Professor Sumoski was a member of the Board of Directors of the Dallas Bar Association from 2009 to 2015. Professor Sumoski was awarded the Dallas Bar Association’s Kim J. Askew Award for Distinguished Service in 2021.  She has served as Chair of numerous DBA committees, resulting in her being awarded the JoAnna Moreland Outstanding Committee Chair award in 2008 (for her service as the Chair of the Pro Bono Activities Committee) and 2012 (for her service as Chair of the Judiciary Committee) and in 2019 (for her service as Chair of the Juvenile Justice Committee). With respect to her pro bono efforts in private practice, Professor Sumoski received the Women’s Legal Advocacy Award from Legal Services of Northwest Texas for her work benefiting women and children and the Dallas Volunteer Attorney Program’s award for Outstanding Pro Bono Coordinator in 1998 and 2005. She also served as Chair of the DBA’s Equal Access to Justice Campaign, which raises funds to support pro bono legal services to the poor as provided through the Dallas Volunteer Attorney Program and Legal Services of North Texas. Professor Sumoski recently concluded a nine-year term as a member of the Board of Directors of Legal Services of Northwest Texas.

Professor Sumoski is admitted to practice law in all Districts of Texas as well as in the U.S. Court of Appeals for the Fifth Circuit and is a Life Fellow in the Dallas Bar Foundation and Texas Bar Foundation.

Asserting the Constitutional Rights of Children in Child Welfare Proceedings, conference materials for the 16th ABA Annual National Conference on Children and the Law (2015) (co-authored with Barbara Elias-Perciful)

Enron: Navigating the Civil Side of the Corporate Case of the Century, American Bar Association Section of Litigation Annual Conference, San Antonio, TX (2007)