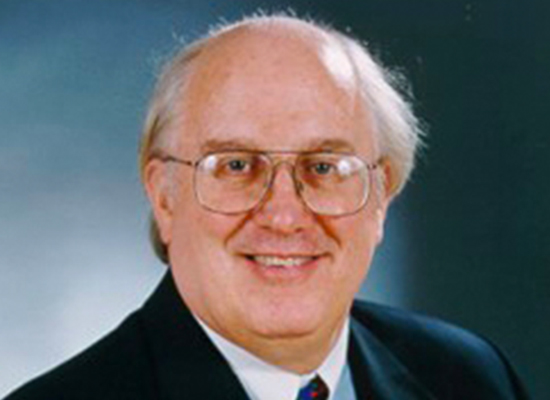 Professor Norton primarily teaches domestic and international business and banking-related courses, along with courses on international economic development law. He holds the James L. Walsh Distinguished Faculty Fellowship and Professorship in Financial Law, where he has been a tenured full Professor of Law since 1981 and an Adjunct Professor since 1973.

He has published over 50 books and 150 articles on related subjects; and he has lectured on banking and finance law, international business law, financial sector reform, and corporate/enterprise governance issues worldwide. He has practical experience with international and domestic (U.S.) banking and capital markets transactions; international financial regulatory matters; bank, corporate and asset restructuring; asset securitization; and enterprise governance respecting small, medium-sized, “publicly-held”, and multinational enterprises. He has consulted with a broad range of governmental and intergovernmental authorities worldwide, including, the World Bank, the IMF, the EBRD, the Korean Government, SADC, the FDIC, the Bank of Thailand, the Bank of England, and the Czech, Estonian and Mauritian banking authorities. He has also served as a member of the World Bank/IMF Core Consultative Group on their Bank Insolvency Initiative and of the London Financial Law Panel; and is on the Banking Panel of CIETAC (China). He also has served as an academic consultant to the Latin American Association of Bank Supervisors and to the International Association of Deposit Insurers, and was an advisor with respect to the Thai, Korean and Indonesian financial crises in the mid 1990s.

He has successfully supervised over 40 PHD (Law)/SJD students over the past three decades. He is an elected member of the American Law Institute, of the American College of Commercial Lawyers, and of the International Academy of Commercial and Consumer Law; and he holds the Martindale Hubbell AV (highest professional lawyer) rating. He was a corporate/banking partner (director) of a major Texas law firm and has served as a consultant to several other major Texas law firms, two of which at their London offices; and he has served as a member of the ABA and Texas Banking Committees, as a Council member of the ABA’s International Law and Practice Section, and as a member of the UK/ICC Banking Committee. He is founder and Director of SMU’s Institute of International Banking and Finance and of the reactivated SMU Law Institute of the Americas; and for ten years was the Director of SMU’s annual Institutes of Banking Law, Commercial Lending and Finance, and of Lender Liability and for four years of the SMU’s Bankruptcy Law Institute. He is a member of the Advisory Board to the Tower Center for Political Studies at SMU.

He is a former President and (for 11 years) a member of the Board Directors of the North Central Texas Legal Service. He founded and was Executive Director of the London (now Global) Forum for International Economic Development Law. His current research interests concern global and U.S. financial sector reform, the reform of international economic and financial institutions/arrangements, comparative and global corporate governance issues, and inadvertent liabilities in enterprise relationships.

Reflections on "In the Best Interest of the Corporation" and "Corporate Social Responsibility": An Essay Honouring the Memory of Professor Alan R,. Bromberg, 68 SMU Law Review 603 (2015)

A suggested First Step for Moving Toward a ‘Next Generation’ of Viable and Effective Long-term Financial Sector Legal Reform: Taking Stock of the ‘First Generation’ of Reform, Monograph in WORLD BANK (LVP) SERIES ON LEGAL AND JUDICIAL REFORM (2007), 68 pages

Comparative and Regional Dimensions of the U.S. Dodd-Frank Legislative Reform
University of Buenos Aires Conference on “Reform of the Banking and Finance System- Initiatives and Trends”
(Nov.10-11,2010-videoconf.)

A Suggested Predicate for Financial Sector Reform in China and India: A Development Component Geared to Inclusion, Equity and Poverty Alleviation
Prepared for a launch colloquium on Sino-India relationship, “The Elephant and the Dragon”: Lessons and Challenges Respecting the Role of Law in Economic Development in India and China”
National Law School of India University
Bangalore, India (May 7 – 10, 2008)

A New Role for the IMF: SWFs and of Known Knowns, Known Unknowns and Unknown Unknowns?- One American’s Perspective
Judge School of Business
Cambridge University Conference with IMF on "The International Monetary Fund and Financial Crises - The Role of Institutional and Governance Reform"
(April 6, 2008)

Corporate Social Responsibility and the Harmony of World Development: Lessons for China
Beijing Forum - 2007 on "The Harmony of Civilizations and Prosperity for All- Diversity in the Development of Human Civilization, "
Great Hall and University of Peking
Beijing, PRC (November 1-5, 2007)