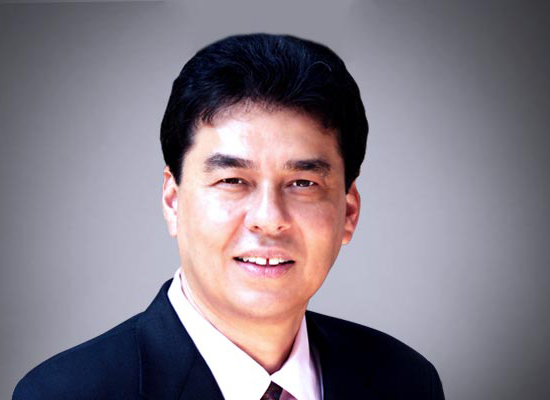 Christopher H. Hanna is a professor of law and a University Distinguished Teaching Professor at Southern Methodist University. Professor Hanna has been a visiting professor at the University of Texas School of Law, the University of Florida College of Law, the University of Tokyo School of Law and a visiting scholar at the Harvard Law School and the Japanese Ministry of Finance. In 1998, Professor Hanna served as a consultant in residence to the Organisation for Economic Co-operation and Development (OECD) in Paris. From June 2000 until April 2001, he assisted the U.S. Joint Committee on Taxation in its complexity study of the U.S. tax system and, from May 2002 until February 2003, he assisted the Joint Committee in its study of Enron, and upon completion of the study, continued to serve as a consultant to the Joint Committee on tax legislation. Prior to coming to SMU, Professor Hanna was a tax attorney with the Washington, D.C. law firm of Steptoe & Johnson. His primary duties included tax planning for partnerships and corporations on both a domestic and international level and also tax controversy. He has received the Dr. Don M. Smart Teaching Award for excellence in teaching at SMU Dedman School of Law on eight separate occasions. In 1995, he was selected and featured in Barrister magazine, a publication of the ABA Young Lawyers' Division, as one of “21 Young Lawyers Leading Us Into the 21st Century” (Special Profile Issue 1995).

He has authored numerous articles in various areas of taxation including international taxation, corporate taxation, partnership taxation, and tax accounting. Professor Hanna completed his first book entitled Comparative Income Tax Deferral: The United States and Japan, which was released in July 2000. Hanna completed his second book entitled CORPORATE INCOME TAX ACCOUNTING (co-authored) in October 2007, which is currently in its fourth edition. He is the associate editor of The International Lawyer, faculty advisor to the Asian-American Law Students Association, faculty advisor to the SMU Corporate Counsel Symposium (sponsored by the SMU Law Review), and is the chief organizer of the SMU Dedman School of Law Tax Policy Colloquium Series since 2008. From 1990 to 1994, he was the Developments and Features Editor of the American Bar Association Section of Taxation Newsletter. He is a member of the American Law Institute, American College of Tax Counsel, Dallas Committee on Foreign Relations, Dallas Council on World Affairs, and the Dallas Assembly.

Some Observations on a Pure Income Tax System, 34 International Lawyer 125 (2000) (Reprinted in A New International Financial Architecture: A Viable Approach (2001))

Report of Investigation of Enron Corporation and Related Entities Regarding Federal Tax and Compensation Issues, and Policy Recommendations
Consultant, Staff of the Joint Committee on Taxation (3 volumes) (February 2003)

The Alternative Minimum Tax:  The Ticking Time Bomb in the Income Tax System, 33 The Brief 32 (Fall 2001)

Study of the Overall State of the Federal Tax System and Recommendations for Simplification, Pursuant to Section 8022(3)(B) of the Internal Revenue Code of 1986
Assisted in Staff of the Joint Committee on Taxation (April 2001)

Overview of the U.S. Government Report on the Enron Case
The 17th Comparative Law and Politics Symposium
University of Tokyo Faculty of Law
Tokyo, Japan (July 22, 2004)

Enron: A Case Study in How to Report Profits and Pay No Taxes
SMU Dedman School of Law
Center for Teaching Excellence
(March 2003)