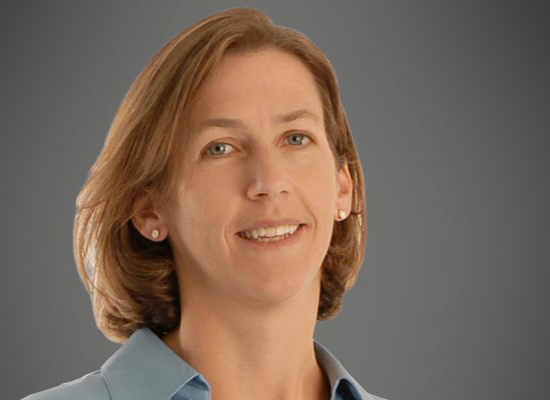 Ellen K. Solender Endowed Chair in Women and the Law and Professor of Law

Professor Grossman is the inaugural Ellen K. Solender Endowed Chair in Women and the Law.

After graduating with distinction from Stanford Law School, Professor Grossman began her career as a clerk for Ninth Circuit Judge William A. Norris. She also worked as staff counsel at the National Women’s Law Center in Washington, D.C. as a recipient of the Women’s Law and Public Policy Fellowship. In addition, she practiced law at the Washington, D.C. firm of Williams & Connolly LLP.

Prior to coming to SMU Dedman School of Law, Professor Grossman taught at the Maurice A. Deane School of Law at Hofstra University where she served as the Sidney and Walter Siben Distinguished Professor of Family Law.

Professor Grossman writes extensively on sex discrimination and workplace equality, with a particular focus on issues such as sexual harassment and pregnancy discrimination. Her book, NINE TO FIVE:  HOW GENDER, SEX AND SEXUALITY CONTINUE TO DEFINE THE AMERICAN WORKPLACE (Cambridge, 2016), provides a lively and accessible discussion of contemporary cases and events that show gender continues to define the work experience in both predictable and surprising ways. She is also an expert in family law, especially parentage law and the state regulation of marriage. She is co-author (with Lawrence M. Friedman) of INSIDE THE CASTLE:  LAW AND THE FAMILY IN 20TH CENTURY AMERICAN (Princeton University Press, 2011), a comprehensive social history of U.S. family law. She has published articles in Stanford Law Review, Georgetown Law Journal, and the Yale Journal on Law and Feminism, among other places. Grossman is the coeditor of GENDER EQUALITY:  DIMENSIONS OF WOMEN'S EQUAL CITIZENSHIP (Cambridge University Press, 2009), an interdisciplinary anthology that explores persistent gaps between formal commitments to gender equality and the reality of women’s lives, and FAMILY LAW IN NEW YORK (Carolina Academic Press, 2015).  She is also a regular columnist for Justia’s Verdict, an elected member of the American Law Institute, and the recipient of a grant from the National Endowment for the Humanities for her work on parentage law.

OUTSIDE THECASTLE:  PRIVACY AND SECRECY IN LEGAL PERSPECTIVE (in progress) (with Lawrence M. Friedman)

The Road Less Taken: Annulment at the Turn of the Century, 40 American Journal of Legal History 307 (1996) (with Chris Guthrie)
Full-text:  SSRN | SMU Repository

Professor Grossman is a regular columnist for Verdict, a legal commentary site hosted by Justia.com.  Her columns are available at http://verdict.justia.com/author/grossman/.

From October 2000 until December 2010, Professor Grossman was a columnist for FindLaw’s Writ.  A complete archive of her columns is available at http://writ.news.findlaw.com/grossman/. She has published this column biweekly for over fourteen years (over 350 total), with an average length of 2500 words and as many as 15,000 readers for a single column.

NFL Cheerleaders Have to Follow Bizarre, Sexist Rules.  But Are They Illegal?, Vox, Apr. 11, 2018

Family and Medical Leave Act, The Encyclopedia of the Supreme Court of the United States (2008)

Probate and Succession Law, Legal Systems of the World (2002)

Men Who Give it Away: The Perils and Promise of Free and Nonanonymous Sperm Donation
Workshop on Regulating Family, Sex, and Gender
University of Chicago Law School
(Nov. 30, 2016)

Men Who Give it Away: The Perils of Free or Non-Anonymous Sperm Donation
Law and Society Association Annual Meeting
Minneapolis, MN (May 30, 2014)

The Mother (and Father) of All Questions: Who is a Parent?
Law and Society Annual Meeting
Boston, MA (May 31, 2013)

Breaking the Glass Ceiling:  Exploring the Continued Existence of Gender Bias in the Legal Profession and Understanding How It Can Change
Roundtable Participant
New York University School of Law
(March 1, 2013)

Intimate Relationships and the State: Reconsidering the Trope of Separate Spheres
Chair and Discussant
Law and Society Annual Meeting
(June 5, 2012)

Parents and Non-Parents: The Struggle to Define Parentage in the Age of the New Family
Law and Society Association Annual Meeting
San Francisco, CA (June 4, 2011)

Disentangling Legitimacy and Parentage
Conference on The New ‘Illegitimacy’: Revisiting Why Parentage Should not Depend on Marriage
American University
Washington, DC (March 24-25, 2011)

Author Meets Readers: Deborah Brake, Getting in the Game: Title IX and the Women’s Sports Revolution
Chair
Annual Meeting of the Law and Society Association
Chicago, IL (May 27, 2010)

Pregnant Workers and Disparate Impact Law
Twelfth Annual Conference of the Association for the Study of Law, Culture, and Humanities
Boston, MA (April 3-4, 2009)

Understanding Organizational Efforts to Prevent Harassment and Their Impact on Employees
Annual Meeting of the Law and Society Association
Chicago, IL (May 28, 2004)

The Canon of Family Law
Discussant
Seventh Annual Conference of the Association for the Study of Law, Culture, and Humanities
Hartford, CT (March 12, 2004)

Understanding the Sexual Harassment Culture
(with Vicki Magley and Lisa Kath)
Seventh Annual Conference of the Association for the Study of Law, Culture, and Humanities
Hartford, CT (March 12, 2004)

Escaping the Confines of Marriage: Divorce and Gender at the Turn of the Twentieth Century
International Society of Family Law
North American Regional Conference
Eugene, OR (June 27, 2003)

Escaping the Confines of Marriage: Divorce and Annulment at the Turn of the Twentieth Century
Annual Meeting of the Law and Society Association
Pittsburgh, PA (June 6, 2003)

A Duty of Care: Being Responsible for the Mentally Incapable in the Eighteenth- Century Atlantic World
Chair and Discussant
American Society for Legal History Annual Meeting
San Diego, CA (November 8, 2002)

The Clash Between Law and Reality: Employer Liability for Sexual Harassment
Law and Society Annual Meeting
Vancouver, Canada (May 31, 2002)

When Law Confronts Reality: The Limitations on Law’s Ability to Change Workplace Culture
Fifth Annual Conference of the Association for the Study of Law, Culture, and Humanities
Philadelphia, PA (March 10, 2002)