Hillel Bavli  has recently been appointed to serve as a legal and statistical expert on a government panel (an OSAC Scientific and Technical Review Panel, NIST, U.S. Department of Commerce) organized to review and improve standards related to evaluative forensic DNA testimony. He also recently accepted a publication offer from the Alabama Law Review for his article, An Objective-Chance Exception to the Rule Against Character Evidence. His article, Credibility in Empirical Legal Analysis, has been published in the Brooklyn Law Review. Finally, he was recently invited to present his new article, Character Evidence as a Conduit for Implicit Bias, at the annual conference of the Berkeley Center on Comparative Equality and Anti-Discrimination Law.

Kenitra Brown, of the Deason Center, moderated the Deason Discussion virtual event on February 10th titled “Addressing Criminal Legal Issues in Policy and Public Safety.” Kenitra also moderated the STAR Justice event on February 24th titled “Access to Justice for People of Color in STAR Spaces” that discussed the issues that confront justice-involved people in rural and small town communities of color. On February 28th, she was a guest speaker at an SMU Diversity Week event titled “Mini TED Talks: Diverse Perspectives on Criminal Justice” where she spoke about her work with criminal justice reforms in Dallas.

Andrew Davies, Victoria Smiegocki, and Pamela Metzger, of the Deason Center, were selected for funding in the amount of $347,921 by Arnold Ventures for “the Non-Representation Project.” The project will investigate the causes and consequences of misdemeanor defendants proceeding without counsel in Texas courts.

Christopher Hanna published Corporate Tax Integration: Past, Present, and Future in the Winter 2022 issue of The Tax Lawyer, a joint publication of the ABA Section of Taxation and Northwestern University Law School.  The Global Business Alliance began a podcast series on tax law and policy, and Christopher was their first interviewee.

Pamela Metzger was interviewed on January 11th by KERA on the importance of speedy bail hearings and decisions.

Eric Ruben’s essay, Public Carry and Criminal Law After bruen, will be published by the Harvard Law Review Forum as part of a symposium issue titled “Guns, Violence, and Democracy.” Eric was also quoted and one of his articles was linked in Gun rights groups' wave of lawsuits could change America's relationship with firearms, Kevin McCoy, February 22nd, USA Today. In addition, he was also interviewed on the podcast Is That Really Legal? on February 21st by host, also Eric Ruben.

Jessica Dixon Weaver’s article, The Perfect Storm: Coronavirus and the Elder Catch, 96 TUL. L. REV. 59 (2021), was published at the end of 2021. She presented this article at the AALS Annual Meeting on the Section on Family and Juvenile Law panel, “Family Law for the Long Hall,” on January 5th, 2022. As a result of this article, she was invited to contribute a chapter in the forthcoming book, Re-Conceiving Equality and Freedom: Vulnerability, Dependency, and the Responsive State (Martha Fineman and Laura Spitz, eds., forthcoming 2023). The title of Jessica’s chapter is The Elder Catch:  Engineering the Future of Caregiving, and she presented a draft of this chapter virtually at a workshop on January 29th, 2022. She was also interviewed on the podcast, “Voices in Vulnerability,” on February 23rd, 2022.

Professor Camp was elected Chair of the International Section of the Dallas Bar Association for 2022.

9) An interview by Spectrum News regarding future of Roe v. Wade, January 22nd.

Professor Colangelo published a syndicated op-ed piece on abortion in the Washington Examiner on December 4th.  He also published an op-ed piece titled Yes, the US can legally intervene if Russia invades Ukraine in The Hill on January 27th, 2022. On January 26th, he published a column titled Could Russia legally use nuclear weapons in response to a U.S. intervention in Ukraine? 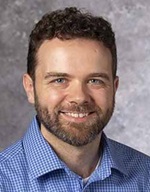 Dr. Davies was appointed inaugural president of the Indigent Defense Research Association (IDRA) during the January 6th, 2022 board meeting. Since 2019, the Association has been incubated at the Deason Center, during which time it has created its own bylaws and elected its first board. Andrew also moderated a panel on the future of indigent defense in Texas at an online event on January 28th, 2022. It was organized jointly by the Texas Indigent Defense Commission, the Texas Fair Defense Project and the University of Texas School of Law titled “FDA at 20: Reflections on the 20th Anniversary of the Fair Defense Act.”

Professor Metzger was interviewed on December 10th, 2021 by the Northern Public Radio in Illinois and by NBC LX about the Mitchell vs. Doherty case. She was interviewed the next day by KERA about the U.S. Fifth Circuit Court of Appeals’ ruling on pretrial bail bond reform in Dallas.

Natalie Nanasi
Director of the Judge Elmo B. Hunter Legal Center for Victims of Crimes Against Women and Associate Professor of Law

Professor Nanasi was appointed to the Executive Committee of the AALS Clinical Section.

Professor Mohapatra wrote an article for MS Magazine on December 15th titled The Supreme Court Revealed a Lack of Respect for Precedent and Women’s Health—And It Won’t Stop There.

Professor Offit and her cohorts on the Temple Emanu-El Code of Ethics Taskforce created an ethics reform recommendation document which was presented to the Dallas City
Council. The recommendations were passed unanimously by the Dallas City Council on December 8th, 2021. She presented research earlier this month as part of two 2021 AALS Annual Meeting panels, “Defining Scholarship in the Twenty-First Century” (Co-Sponsored by Sections on Constitutional Law, Comparative Law, and Law & Anthropology) and “Re-presenting Qualitative Scholarship” (Section on Law & Anthropology). She was also elected incoming Chair of the AALS section on Law & Anthropology. 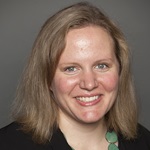 Professor Reyes was appointed an Associate Research Director of the Permanent Editorial Board of the Uniform Commercial Code. In that capacity, Carla and her co-Associate Research Director, University of Pennsylvania’s Andrea Tosato, will assist in the compilation of a ULC/ALI official text of the UCC, draft PEB commentaries, and monitor significant commercial law developments for clarification by the PEB, working alongside commercial law expert and Brooklyn Law Professor Neil Cohen, the current Research Director of the PEB. Her article Creating Cryptolaw for the Uniform Commercial Code was published in the Washington & Lee Law Review. Carla was elected to the position of Board Member of the Executive Boards of the AALS Section on Scholarship, and as of the AALS 2022 meeting, Carla also begins her year of service as the Chair of AALS Section on Agency, Partnerships, LLCs and Unincorporated Associations. Carla participated in the fourth meeting of the UNIDROIT Work Group on Best Practice for Effective Enforcement on December 1, 2021. On December 2nd, 2021, Carla presented her paper Autonomous Corporate Personhood, forthcoming in the Washington Law Review, at the University of Texas School of Law. Carla provided expert commentary at the meetings of the Wyoming Select Committee on Blockchain and Financial Technology on December 9th and 10th, 2021, related to the topics of UCC Article 12, decentralized digital identity, and legally recognized decentralized autonomous organizations. On December 14th, 2021, Carla presented Autonomous Corporate Personhood as part of the University of Zurich’s Blockchain Center Lecture Series.

Professor Reyes was awarded a scholarship from the UNIDROIT Research Scholarship Program 2022 to facilitate her commercial law research for two months at the UNIDROIT library in Rome, Italy. Carla will use her time at UNIDROIT headquarters to advance two WIPs: Autonomous Commercial Transactions and Emerging Technology’s Language Wars: The Private Law of Digital Assets. Carla’s article Autonomous Corporate Personhood was published in the Washington Law Review. Carla was elected to the executive board of the AALS Section of Commercial and Consumer Law and the AALS Section of Internet and Computer Law. Carla presented “Blockchain Technology and ADR: A Discussion of Tech, Automated Performance, and Decentralized Dispute Resolution” to the Alternative Dispute Resolution Section of the Dallas Bar Association’s Senior Lawyer Division on January 10th, 2022. Carla coached Floy Gaidarski in Baylor University’s national invite-only transactional law competition, “The Closer,” from January 13th – 16th. Carla gave the annual year-in-review program at the ABA Business Law Section’s Cyberspace Law Committee Winter Working Meeting on January 20th, 2022. Carla presided over the January meeting of the Texas Work Group on Blockchain Matters on January 21th, 2022, and presented her work in progress Emerging Technology’s Language Wars: Artificial Intelligence and Criminal Justice at the University of Pennsylvania School of Law’s virtual conference on January 28th, 2022. The article is forthcoming in Penn’s Journal of Law & Innovation.

Professor Rogers spoke on “Tenant Opportunity to Purchase Laws” at the American College of Mortgage Attorneys Annual Meeting in September. Opportunity to purchase laws require owners of affordable housing to provide notice and an opportunity to purchase to tenants, tenants’ associations, non-profit housing organizations, and/or governmental units before taking actions that will result in the loss of affordable housing. Julie also has completed a first draft of the Uniform Law Commission Mortgage Modifications Act in connection with her position as the reporter for the ULC Mortgage Modifications Drafting Committee. The draft was distributed to the committee for discussion and comments at the committee’s first meeting in December. She has published a chapter entitled “A Comparative Analysis of Mortgage Loan Assignments and a Call for Reform in the United States” in Festschrift For Werner F. Ebke – German, European, and Comparative Business Law 239 (C.H. Beck Verlag 2021).

Marc I. Steinberg
Rupert and Lillian Radford Chair in Law and Professor of Law

Professor Steinberg authored a chapter entitled “The Abysmal State of Insider Trading Law in the United States” in Festschrift fur Werner F. Ebke -- German, European, and Comparative Business Law 949 (C.H. Beck Verlag 2021).  On December 15th, Marc was quoted in a Washington Post article by Douglas MacMillan and Julia Ingram titled Elizabeth Warren Asks SEC to Investigate Compensation at Fossil Fuel Giants.  On December 16th, Marc was quoted in the New York Times Dealbook on the SEC's proposed amendments to Rule 10b5-1 insider trading plans.  On December 22nd, Samuel Wolff, a prominent global securities law expert, wrote a book review in the New York Law Journal on Marc's recent book Rethinking Securities Law, stating:  "Professor Marc Steinberg's new book, "Rethinking Securities Law," published by Oxford University Press, is a major contribution to the literature on United States securities regulation. It is safe to say that in terms of a comprehensive, policy-oriented analysis of the entire field of U.S. securities law, there is no book quite like it.  Steinberg's book was recently recognized as the best law book of 2021 by American Book Fest.... The book could only be written by a scholar steeped in this complex discipline and who has significant, highly relevant public and private sector experience....  There may be few individuals in the U.S. who are as  knowledgeable about securities law as is Steinberg.... [T]here is no doubt that Steinberg has given policy-makers and others involved in securities law development much to think about.  Steinberg pulled together massive amounts of complex material based upon his distinguished career and vast experience in securities law.  The book will be studied for years to come.  Steinberg is to be commended for writing this excellent, thought provoking book."

Professor Yu published a new episode of his podcast A Retirement and a Resignation on Plead the Fifth. In this episode, he invited UNT Law professor, Brian Owsley, and the Appellate Chief of the Federal Public Defender’s Office, Joel Page, and discussed Justice Breyer’s retirement and the unexpected resignation of Justice Gregg Costa of the Fifth Circuit.