Jennifer Apperti holds a bachelor’s degree in International Business with a minor in Marketing from Tec de Monterrey University in Mexico, a master’s degree in Marketing from Charles III University of Madrid and an Advanced Marketing Certificate from SMU Cox School of Business. Before her current role, she was the Manager of the SMU Mission Foods Texas-Mexico Center, where she was in charge of the day-to-day operations of the Center since 2016. Her responsibilities included managing the Center’s research grants and projects and creating and executing its programming.

Prior to joining SMU, she worked in public policy for ten years as a career diplomat for Mexico. She was the Cultural and Economic Attaché at the Consulate of Mexico in Dallas from 2011-2016. In that capacity, some of her responsibilities included bringing the first ever large dimension Mexican sculpture exhibition to both Dallas and Fort Worth; participating in negotiations for new flight routes between DFW airport and Mexican cities; and launching the pilot U.S.-Mexico Internship Program between a Mexican university and a Texan company.

Previously, she was the Political Affairs Officer at the Embassy of Mexico in Uruguay, where her responsibilities included government relations and organizing and coordinating official visits, including the Mexican President’s official visit to that country in 2009. She was previously a Political Analyst at the Office for Latin America and the Caribbean in Mexico’s Ministry of Foreign Affairs.

In the private sector, she worked in the export area of Palos Garza Freight Forwarding in Laredo, Texas and in the export department of M&G Polymers, one of the largest PET producers and exporters in Mexico. Her independent projects include being a freelance interpreter and literary translator.

Asides from her native English and Spanish, she speaks Italian, French, Portuguese, and German. She is a Board Member of Rosa es Rojo, a Dallas non-profit organization that makes cancer prevention and wellness education accessible to Hispanic women. 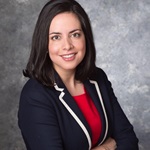 Luisa del Rosal serves as Special Advisor to the Tower Center and  the Mission Foods Texas-Mexico Center at SMU. She was the youngest executive director at the university, as well as the only Hispanic to head up two centers.

Previously, at the SMU Cox School of Business, she oversaw strategy and development of new global partners to engage in networking, leadership and business development for the Latino Leadership Initiative.

Prior to SMU, she was the Community Relations Manager for Education is Freedom, a college access program. She oversaw the development and maintenance of community partnerships and was responsible for the administration of Mayor Tom Leppert's Intern Fellows program. Previously, she was a manager for international business development for the Dallas Regional Chamber and held various positions with public relations firms. Through these positions, Luisa developed expertise in a host of areas including developing strategic initiatives, marketing, client services, fundraising and program administration.

Luisa was born in Chihuahua and lived there until she moved to Dallas to attend SMU. She holds dual bachelor's degrees in political science and sociology, as well as a Master's in Higher Education Policy & Leadership. She is biliterate in English and Spanish.

Luisa is an active volunteer in the Dallas community and a dedicated member of the Junior League of Dallas. 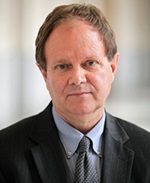 James F. Hollifield is a Professor in the Department of Political Science, and Academic Director of the Tower Center at Southern Methodist University (SMU) in Dallas, Texas, as well as a member of the New York Council on Foreign Relations and a Global Fellow at the Woodrow Wilson International Center in Washington, DC.

Hollifield has served as an Advisor to various governments in North and South America, Europe, East Asia and the Middle East and Africa, as well as the United Nations, the World Bank, the Inter-American Development Bank (IDB), the OECD, the ILO, the IOM, the EU, and other international organizations.  He currently chairs working groups at the World Bank and the IDB and serves on the International Advisory Board of the National Center for Competence in Research (NCCR for Migration and Mobility) of the Swiss National Science Foundation.   He has been the recipient of grants from private corporations and foundations as well as government agencies, including the German Marshall Fund of the United States, the Social Science Research Council, the Sloan Foundation, the Owens Foundation, the Raytheon Company, and the National Science Foundation.

Hollifield was educated at Wake Forest College (BA with honors in politics and economics), and he studied at Sciences Po Grenoble and Paris (DEA in applied economics) before completing his PhD in political science at Duke University. In addition to SMU he has taught at Brandeis and Auburn, served as a Research Fellow at Harvard’s Center for European Studies and MIT’s Center for International Studies, and was appointed Director of Research at the CNRS and Sciences Po in Paris.  He is a Fellow at the Center for US-Mexican Studies at the University of California at San Diego, at the Institut zur Zukunft der Arbeit (IZA) at the University of Bonn, and the Global Migration Centre at the Graduate Institute of International and Development Studies in Geneva.  During the last academic year (2015-16) he was named as a Public Policy Scholar at the Woodrow Wilson International Center for Scholars in Washington, DC and has continued his work there as a Global Fellow.  In 2016 Hollifield received a Distinguished Scholar Award from the International Studies Association.