SMU is one of few universities in Texas offering Russian language. Established in 1964, the SMU Russian program has a rich tradition. Russian language courses are taught in the context of culture and new developments in Russia which makes language acquisition engaging, effective, and exciting. The Department of World Languages and Literatures offers a minor in Russian area studies (an ideal pairing with a major in international studies, business and history), study abroad opportunities during the summer or regular semester, and cultural enrichment activities supported by the SMU Russian Club and the Russian American Center of Dallas.

In the Russian language one can find the grandeur of Spanish, the liveliness of French, the solidity of German, the tenderness of Italian and, besides all of that, the abundance and pithiness of Greek and Latin.  ~ Mikhail Lomonosov, 1755

There are many reasons for studying Russian. Take a look at this video:

What SMU alumni say about how learning Russian has impacted their careers:

"Russian classes at SMU not only gave me a professional advantage, but also provided me with good background about Russian culture and broadened my knowledge about the world we live in."

"I now work as a lawyer in Paris, France. I studied Russian and French at SMU and abroad two summers in Moscow. My major in World Languages allowed me to pursue my professional career at the international level."

"I loved all of the cultural aspects of Russia we discussed in class and outside the classroom. I felt like the language became easier the more I understood the culture."

"Russian studies at SMU gave me the credentials to receive two fellowships to conduct research projects in Moscow. This experience significantly boosted my application for graduate schools and made me a more desirable graduate candidate. As a graduate student, I applied for grants to conduct a cross-cultural research project in Russia. These opportunities would not have been possible without having had Russian language classes as an undergraduate."

"My Russian helped to distinguish me as a candidate for law school. It did help me to get my summer internship at law firm and it helped me to get my job, which led to permanent employment after I graduated." 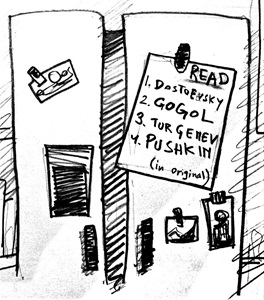 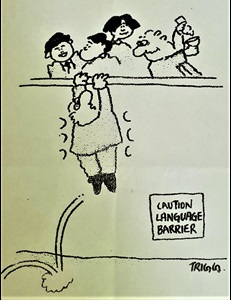