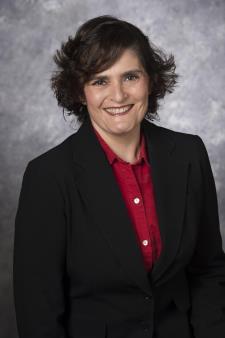 Susana Fernández Solera Adoboe was born in Madrid, Spain. She studied psychology at Universidad Complutense de Madrid where she earned her doctorate in psycholinguistics.

She performed research on syntactic processing and the processes of language comprehension, on a grant from the Spanish Ministry of Education, (“Programa para la Formación del Personal Investigador”). She worked on multidisciplinary teams in the Cognitive Science Center, University of Edinburgh, and department of psychology and department of Portuguese and Spanish at the University of Massachusetts.

She began teaching at the University of Massachusetts in 2000. During that tenure she also taught grammar and beginning Spanish at Amherst College. In 2006, she joined the staff at the foreign languages and literatures department at SMU.