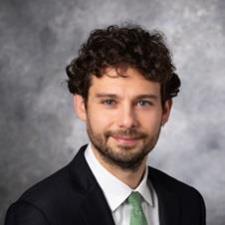 Alan Itkin holds a Ph.D in Comparative Literature from the University of Michigan, an M.A. in Humanities and Social Thought from New York University, and a B.A. in Mathematics from the University of California Berkeley. Prior to joining SMU, Alan served as Assistant Dean for Graduate Education and Research in the College of Arts and Science at Vanderbilt University. Alan also maintains an active research profile as a scholar of modern German culture and Holocaust literature. His academic monograph, Underworlds of Memory: W. G. Sebald’s Epic Journeys through the Past, was published by Northwestern University Press in 2017, and he has held the titles of Senior Lecturer in German at Vanderbilt University and Visiting Assistant Professor of Literary Cultures at New York University.