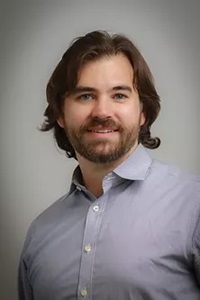 Josh Bailey-Green entered the GPRS program in the Fall of 2022, with a focus on Systematic Theology. Josh's primary research interest is the investigation of active implicit or explicit theologies of labor and rest in the Christian, particularly Protestant, tradition, along with the potential for a more faithful construction of a Christian theological perspective on these matters, emerging from rich and underutilized theological resources such as a robust theology of Sabbath and its ethical and theological implications.

Josh was born and raised in northern New Jersey, before moving to the Chicago area where he earned a BA in Philosophy and Ancient Languages (Wheaton College), an MDiv (Trinity International University), and most recently an MA from the University of Chicago Divinity School. He is an ordained elder in the Northern Illinois Conference of the United Methodist Church, where he served in pastoral ministry for about a decade.

During his nearly two decades in Chicago, he attempted to avoid any conversations and comparisons of pizza across region, so as not to unnecessarily instigate conflict with local members of the Chicago area, all the while longing for just one slice of proper, thin crusted 'pie' from his home state, a delicacy which should be eaten folded in half, with dignity and grace.

Josh met his wife Christiana while in college, and they along with their son Sage (2012), daughter Tovah (2020), and dog Jett, moved to Arlington, Texas, where they currently reside. Though raised in Illinois for most of her life, with regard to pizza, Christi has "seen the light".